Can You See The Real Me?

The shock outcome of Elections 2004 has redefined Indian politics and the way our netas view the electorate. It has also left its impact on the economy. 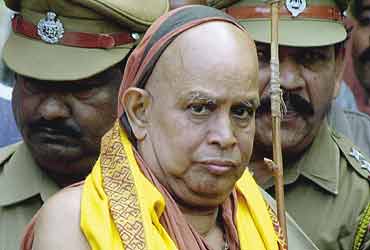 outlookindia.com
-0001-11-30T00:00:00+0553
The verdict of Elections 2004 must be the defining moment of the year. Not because the BJP and its allies lost and the Congress succeeded in forming the new government. But because the shock outcome has redefined Indian politics and the way our netas view the electorate. It has also left its impact on the economy. The still-maturing line is: while we cannot insulate ourselves from global market forces, we also cannot divorce this from the common man and his concerns. Suddenly, rural India is back on the radar of all parties, the BJP included, and everyone wants it to be known that they aren’t disconnected from the other India far removed from the urban, upmarket districts.

This change, or deliberate change of perception, couldn’t have happened if the verdict had gone according to the script written out by a clutch of pollsters and NDA leaders. The number-crunching pundits totted up voteshare percentages from the 1999 polls to predict the outcome of 2004. In this, they were guilty of a vital conceptual flaw: they had taken the Indian voter to be an inanimate mass, much like a heavenly body, which would maintain a predictable trajectory and orbit. The voter, however, rebelled and exercised his freedom to choose. What was the vote against? So much has been written about the ‘triumph of secularism’ that it has become a cliché. But the average voter didn’t cast his vote to ‘save India’s secular fabric’. Those who voted against the BJP did so because they felt the government had failed them, even contemptuously bypassed their concerns on crucial decisions. In short, the Vajpayee government was perceived as anti-poor, anti-people.

Once the government was perceived as being excessively partial to the upper class, the divisive and xenophobic politics being played came to be seen in a different context. For example, in Mumbai it made little sense for the city’s 34 per cent north Indians to vote for the Sena-BJP combine, with Bal Thackeray spewing venom on UP-ites and Biharis. In Gujarat, voters began to wonder if the Muslim bogey was being used to fool them into voting BJP. As for Ayodhya, even the hardened Advani supporter was asking, ’If they can’t do anything about it, why rake it up as a poll issue?’ Very clearly, across the country, when it came to the common voter, pragmatism and not ideology ruled.

The average voter—who hasn’t had the benefit of attending lectures at the Delhi School of Economics to comprehend the trickledown effect, defined by John Galbraith as "feeding horses oats so that the sparrows can eat the dung"—found it difficult to grasp how downsizing in thousands was in any way an economic breakthrough. He also failed to see the logic in labelling a section of the poor as being above the poverty line and denying them rations.

Clearly, the message that went out to all political parties was that the ‘aam janta’ cannot be fooled by merely arousing religious and nationalistic sentiments. The post-poll evidence too was ample: from the failure of Uma Bharati’s shrill tiranga campaign, to the lukewarm response to both the Veer Savarkar issue and the BJP’s efforts to save the Kanchi Shankaracharya.

Verdict 2004 also established that clever advertising alone can’t win elections. The BJP’s ‘feelgood’ ad blitz has been written off as a bomb. However, there was nothing wrong with it: the visuals were endearing, the message evocative. The problem was that those behind the campaign didn’t realise that to ‘feel good’ the minimum requirement was that one was well-employed and owned at least a Maruti 800 or was within striking distance of acquiring one. For those below this mark, four-lane highways and economic growth were all abstractions. That’s not to say highways shouldn’t be built or cellphone companies be wound up. Economic progress is vital. But as the political class learnt, one can’t take the dispossessed for granted.

The other lesson at least some politicians learnt is that winning debates on TV doesn’t translate into votes. This is perhaps why mantris in the new government have been asked not to neglect work and hang about TV studios. Rewind to early 2004: the bjp had everyone believe that they had won the elections because they had an impressive battery of telegenic leaders. To be fair, if elections were decided only by those who watch satellite news channels, Atal Behari Vajpayee would have romped home.

But that was not be. And the BJP is still to come to terms with its debacle. Everyone in the party is agreed that the time has come for reinvention. But there is no consensus on which path the BJP should take—a U-turn to Ayodhya’s glory days or to a more centrist position incorporating the ‘Hindutvaised socialism’ of the Swadeshi Jagaran Manch. Both options are fraught with risk. Hard Hindutva may not have its earlier resonance. And turning to S. Gurumurthy, Govindacharya & Co might make the BJP a ‘B’ Team of the Congress.