The Setu initiative was first taken by a team of 14 railway officers, including 12 IRTS (Indian Railways Traffic Service) probationers of north central railways soon after the story was reported. 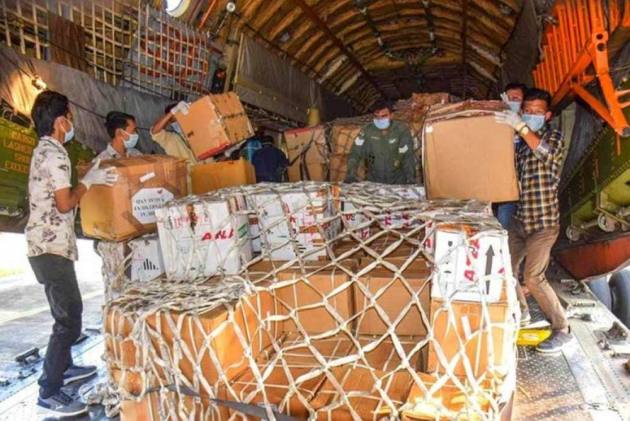 Days after an Odisha cadre IPS officer Arun Bothra and local railway authorities joined hands to arrange camel milk for a three-year-old child in Mumbai, Indian Railways has put in place a formal system -- Setu -- to ensure steady supply of essentials across the country.

The Setu initiative was first taken by a team of 14 railway officers, including 12 IRTS (Indian Railways Traffic Service) probationers of north central railways soon after the story was reported. Seeing how a break in the supply chain could impact people, they came together with Setu for timely delivery of essential goods across the country via the railways parcel service. This initiative has been adopted by Indian Railways across the country.

Giving details of Setu, a senior railway official said: “If any district administration of the country requires any supply from a known supplier in any part of India, they can contact the senior divisional commercial manager or senior divisional operations manager of the nearest railway division, and the railways will do the rest.” He says Setu will ensure the supply of essential goods is not affected due to the lockdown.

Under the new initiative, the railways have so far mainly got requests for pharmaceutical products and medicines. “It is like a customized delivery service, working much like Amazon, with a helpline number to place and track orders,” the officer adds.

Meanwhile, Falna railway station in Rajasthan, where an unscheduled stop was made to load the camel milk and powder on the parcel train, has been converted into an official halt by north western railways. So, the parcel train, running between Ludhiana and Bandra Terminus in Mumbai, will make a scheduled stop at Falna on the evening of April 23 and carry the next lot of camel milk for the three-year-old and two other Mumbai families, who need it.

The trigger for Setu was the desperate appeal for camel milk by a Mumbai woman whose autistic child has severe food allergies and survives mainly on camel milk.

On April 4, Chembur resident Neha Sinha tagged Prime Minister Narendra Modi in a tweet seeking supply of camel milk for her autistic child. “@narendramodi Sir I have a 3.5 yrs old child suffering from autism and severe food allergies. He survives on Camel Milk and limited qty of pulses. When lockdown started I didn’t have enough camel milk to last this long. Help me get Camel Milk or its powder from Sadri(Rajasthan),” she said in a tweet.

Suffering from autism and severe food allergies, camel milk is the lifeline for the Mumbai child, and the family did not have enough supply when the lockdown was announced.

Sinha’s tweet did not get any response from any concerned authority till April 6, when one of Bothra’s 65.3K followers on Twitter tagged him. Though he is quite active on Twitter, heeding to complaints and people’s problems, this one especially moved him. “This involved a child, who survived on camel milk. I reacted in an emotional manner to this request,” Bothra tells Outlook.

He activated his contacts in the state and found out that a company called Advik Foods supplied camel’s milk in Mumbai. Bothra contacted the company and asked them to help.