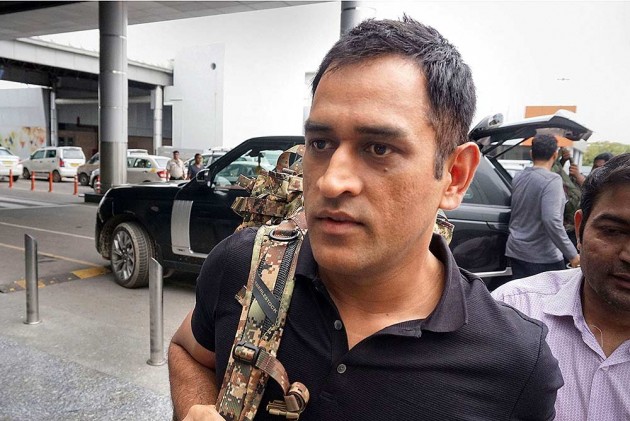 Mahendra Singh Dhoni’s association with real estate group Amrapali has mired into another controversy, with reports that companies that branched out from the parent company used Dhoni for brand endorsement without having any agreement.

Prem Mishra,  a director with the Amrapali Group, carved out a separate company and launched four real estate projects in Indore (Madhya Pradesh) after 2008. Mishra allegedly used cricketer MS Dhoni as his brand ambassador in all his projects, but  never signed an agreement with the cricketer.

Senior Supreme Court lawyer ML Lahoty, who is appearing for homebuyers in Amrapali Group case, told Outlook, “Of late, during one of the hearings, it came to light that Prem Mishra didn’t have any agreement with Dhoni for his realty projects in Indore. He took the undue advantage of Dhoni’s agreement with Amrapali Group and used it to lure homebuyers.”

What complicates Dhoni’s business agreement with Amrapali is that the cricketer signed an endorsement agreement with the parent company and some of its other verticals. But it seems that several other companies, who were not part of the agreement, used the agreement to defraud homebuyers. The builder had floated more than 150 companies.

Dhoni’s endorsement agreement details with the builder came into the public domain for the first time after the Supreme Court judgment in Amrapali case on July 23, 2019.  “We could not complete the examination of Mr Prem Mishra in Indore project due to paucity of time and request it to be included in the second audit,” the SC said in its judgment.

The apex court had found that Amrapali entered into "sham" agreements with companies in which Dhoni and his wife are directors, and these businesses received Rs 42.22 crores between 2009-2015. The auditors also found that Dhoni had endorsement agreements not only with the Amrapali Group but its other companies as well. The SC had asked Dhoni to return all the money that he received from Amrapali, but Dhoni has contended that the builder still owes him money.  The matter is pending before the court.

“It is very difficult for a buyer to know for which project Dhoni had an endorsement agreement and for which he didn’t have. How will a buyer know that? It was due diligence that should have been done by the cricketer and his corporate team. We as buyers look at it as collusion between Dhoni and Amrapali to defraud us,” Digvijay Singh, an Amrapali homebuyer said alleging that the cricketer might be a mute spectator who will plead ignorance later on.

Amrapali Group, which came into existence in 2003, became a well-established player by 2010 and launched over 40 real estate projects between 2010 to 2016 in Delhi NCR.

The company used MS Dhoni’s name and picture in all its advertisements to lure buyers for its projects. By 2018, when the homebuyers, about 42,000 in across all projects, realised there was a scam, they filed petitions in various legal forums including the Supreme Court.