Over 1,300 pilots are on the street after Jet Airways announced halting of operations on April 17, endangering the jobs of over 20,000 employees. 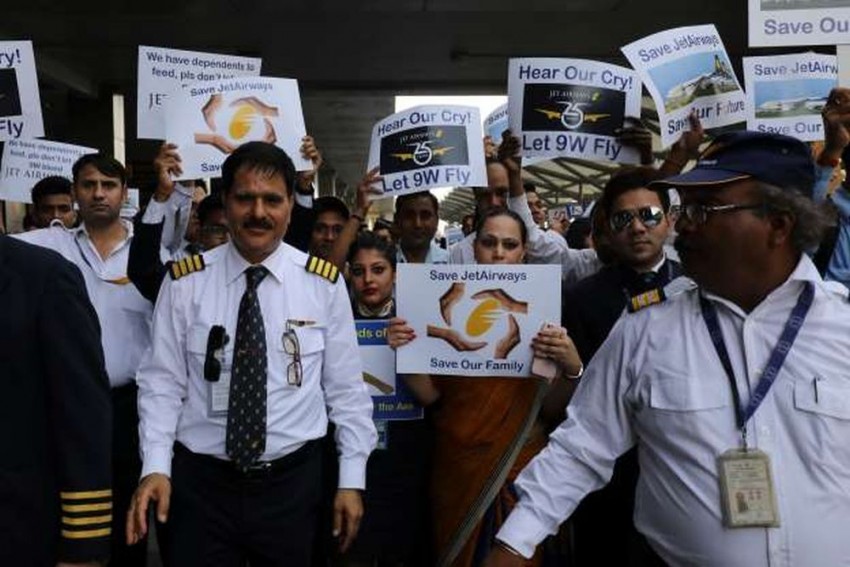 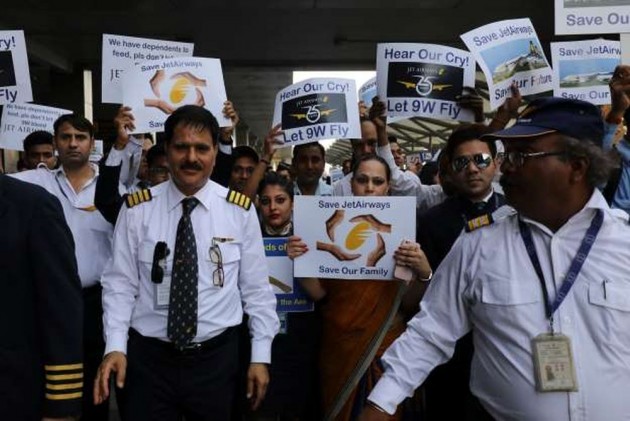 The pilots union of the grounded Jet Airways has expressed shock over some alleged remarks by a senior SpiceJet executive against their members during a recent recruitment drive in the city earlier this week.

The reaction came after a Spicejet official allegedly told some Jet pilots that they were doing a "charity" by hiring them, according to sources.

Over 1,300 pilots are on the street after Jet Airways announced halting of operations on April 17, endangering the jobs of over 20,000 employees.

"We are deeply disappointed and shocked at the treatment meted out to our members who have interacted with the top management of SpiceJet recently," the National Aviators Guild said in a statement on Thursday.

"If true, we strongly condemn such unprofessional behaviour as it was humiliating and deeply disturbing for our colleagues," the guild said.

SpiceJet, however, denied the allegations as "completely false and distorted," and said its team was in the city Tuesday to hire pilots and not to run them down.

The Spicejet official also allegedly told Jet pilots that his carrier was losing huge money by hiring them as first officers as if they recruited fresher pilots, they would have got Rs 25 lakh per pilot besides a bond for Rs 25 lakh as well, the source said.

After the grounding of Jet, government has allotted the vacant slots of Jet Airways to other airlines for the next three months to help tide over the crisis arising out of the huge capacity reduction provided they induct more planes.

This saw IndiGo and SpiceJet announcing many new flights from Delhi and Mumbai, besides adding aircraft. SpiceJet has already announced leasing of 22 Boeing 737s to partly fill the capacity gap. In this back drop, it is hiring from across categories.

"These are completely false and distorted allegations. Nothing can be farther from truth than to say that the executive used words like "charity", SpiceJet said in a statement late Thursday.

The statement also clarified the security bond for first officers is as per the company policy and is not a
practice new to the industry and that it has every right to
follow its recruitment policies.

"The aviation ministry should recommend to the Cabinet
that Jet Airways be merged with Air India to ensure air
services are not restricted and also to enable Air India to
recover its former premier position," said Swamy.

"Any other solution is likely to raise speculation
about corruption at high places and will certainly invite
litigation...Recommend to stop this plunder of national assets
investment, and the infrastructure of Air India," he added.

He also alleged corruption in temporary allotment of
the slots vacated by Jet to other airlines.

Amidst the sale process of Jet, government has given a
good number of Jet slots to other airlines mostly to SpiceJet,
IndiGo, Vistara and GoAir, triggering a call from its lenders
to protect them lest the prospective investors lose interest
in acquiring it.

"There is a serious effort going on by Spicejet and
Vistara to benefit from this dismemberment of Jet Airways.
This is being supported by some of your colleagues and
officers," Swamy alleged.

Swami had last week cautioned the government over the
ongoing sale process of Jet. "Government better be careful.
Two ministers are manipulating sale of Jet spoils to SpiceJet
whose real owners I will reveal later. The only above-board
option you have is amalgamation of Jet with Air India since
bilaterals on airspace involves governments," Swamy had
tweeted earlier this week.