According to the World Bank, India’s economy has bounced back but it is not out of the woods yet. 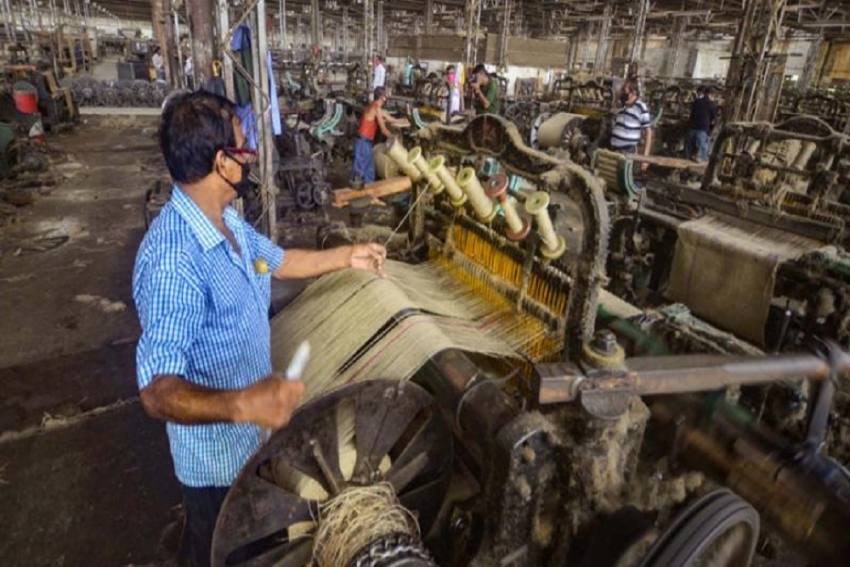 According to the World Bank, India’s economy has bounced back amazingly from the COVID-19 pandemic and nationwide lockdown over the last year, but it is not out of the woods yet.

The World Bank in its latest report has predicted that the country’s real GDP growth for fiscal year 21/22 could range from 7.5 to 12.5 per cent.

The Washington-based global lender, in its latest South Asia Economic Focus report released ahead of the annual Spring meeting of the World Bank and the International Monetary Fund (IMF), said that the economy was already slowing when the COVID-19 pandemic unfolded.

The slowdown was caused by a decline in private consumption growth and shocks to the financial sector (the collapse of a large non-bank finance institution), which compounded pre-existing weaknesses in investment, it said.

Given the significant uncertainty pertaining to both epidemiological and policy developments, the real GDP growth for FY21/22 can range from 7.5 to 12.5 per cent, depending on how the ongoing vaccination campaign proceeds, whether new restrictions to mobility are required, and how quickly the world economy recovers, the World Bank said.

“It is amazing how far India has come compared to a year ago. If you think a year ago, how deep the recession was… unprecedented declines in activity of 30 to 40 per cent, no clarity about vaccines, huge uncertainty about the disease. And then if you compare it now, India is bouncing back, has opened up many of the activities, started vaccination and is leading in the production of vaccination,” Hans Timmer, World Bank Chief Economist for the South Asia Region, told PTI in an interview.

However, the situation is still incredibly challenging, both on the pandemic side with the flare up that is being experienced now. It is an enormous challenge to vaccinate everybody in India, the official said.

“Most of the people underestimate the challenge,” he said.

On the economic side, Timmer said that even with the rebound and there is uncertainty here about the numbers, but it basically means that over two years there was no growth in India and there might well have been over two years, a decline in per capita income.

“That's such a difference with what India was accustomed to. And it means that there are still many parts of the economy that have not recovered or have not fared as well as they would have without a pandemic. There is a huge concern about the financial markets,” Timmer said.

“As economic activity normalises, domestically and in key export markets, the current account is expected to return to mild deficits (around 1 per cent in FY22 and FY23) and capital inflows are projected by continued accommodative monetary policy and abundant international liquidity conditions,” the report said.

Noting that the COVID-19 shock will lead to a long-lasting inflexion in India’s fiscal trajectory, the report said that the general government deficit is expected to remain above 10 per cent of GDP until FY22. As a result, public debt is projected to peak at almost 90 per cent of GDP in FY21 before declining gradually thereafter.

As growth resumes and the labour market prospects improve, poverty reduction is expected to return to its pre-pandemic trajectory.

The poverty rate (at the USD 1.90 line) is projected to return to pre-pandemic levels in FY22, falling within 6 and 9 per cent, and fall further to between 4 and 7 per cent by FY24, the World Bank said.

The Indian economy, Timmer said, has bounced back from the initial enormous hit.

“It has bounced back even quicker than we initially thought. The availability of vaccines helped a lot there. That made it possible to open up more and in general to improve confidence in the economy.

“If you have no further deterioration or fall back then, that means that the economy this year would grow around nine per cent. With some additional growth you are in double digits. That’s the positive story,” Timmer said, adding that there is also the uncertainty.

India also has the advantage as compared to some of the other countries that it has foreign direct investment inflows.

“(This) probably has to do also with the geopolitical changes in the world economy… investors moving away from China and looking at India. That is an advantage, but you don't see very strong investments, you see some first signs of domestic investments recovering, that is still an uncertain point,” Timmer said.

Responding to a question, Timmer said it is “impressive” how quickly the Indian government came up with relief efforts including the transfer of money, measures allowing companies to forego debt service.

“Given the difficult situation, I think that was very impressive. At the same time, it was not enough because, and that's one of the lessons of the crisis.

“There are so many people and so many, very small companies that are really difficult to reach, and you need a more comprehensive overhaul of the whole system to make the support a lot more universal,” Timmer added.

The number of people who have recuperated from the disease surged to 1,13,93,021, while the case fatality rate stands at 1.34 per cent.

Rupee Falls 20 Paise To 73.58 Against US Dollar In Early Trade