The decision comes as the coronavirus pandemic and the nationwide lockdown has wiped out the livelihoods of several poor and underprivileged people. 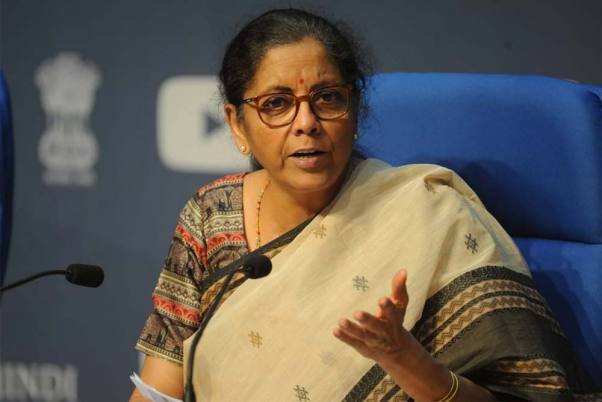 In the fifth and final tranche of the economic stimulus package, Finance Minister Nirmala Sitharaman on Sunday raised allocation for employment guarantee scheme by Rs 40,000 crore over and above the Rs 61,000 crore budgeted earlier for MGNREGS, to provide employment to migrant workers moving back to their states.

This, she said, will help generate nearly 300 crore person-days in total.

The government also announced suspension of new bankruptcy filings on loan defaults for one year and raised the threshold for insolvency as it moved to ease COVID-19 pain for the industry.

It also announced a new policy for companies under state control saying public sector undertakings under the non-strategic sector will be privatised while those in the identified strategic sector would be capped by not more than four by merging some of them.

For industries, she said the minimum threshold to initiate insolvency proceedings will be raised to Rs 1 crore from Rs 1 lakh, which largely insulates micro, small and medium enterprises (MSMEs) from bankruptcy on defaulting on loans.

Also, a special insolvency resolution framework for MSMEs under Section 240A of the Insolvency and Bankruptcy Code (IBC) will be notified soon, she said adding that fresh initiation of insolvency proceedings will be suspended up to one year depending upon the pandemic situation.

Coronavirus-related debt will be excluded from the definition of "default" under the IBC for the purpose of triggering insolvency proceedings, she said adding that the changes will be effected by promulgating an ordinance.

Additionally, minor technical and procedural defaults under the Companies Act such as shortcomings in CSR reporting, inadequacies in board report, filing defaults, and delay in holding AGM will be decriminalised.

Last week, the government pledged a Rs 20 lakh crore (nearly 10 per cent of gross domestic product) package to support the economy headed for its first full-year contraction in more than four decades.

Sitharaman said this package included previous announcement of Rs 1.7 lakh crore package of free foodgrain and cooking gas as well as cash to some poor for three months and the Reserve Bank of India's Rs 8.01 lakh crore worth of liquidity measures since March. Also included was Rs 15,000 crore that was allocated to the healthcare sector to deal with the pandemic.

The five announcements since May 13 entail limited cash outgo for the government as the majority of them deal with liquidity issues.

The finance minister said companies will be permitted to directly list securities in permissible foreign jurisdictions. Private companies that list non-convertible debentures (NCDs) on stock exchanges will not be regarded as listed companies.

There will be lower penalties for all defaults for small companies, one-person companies, producer companies and start-ups, she said adding that the changes in the Companies Act would also be done through promulgating an Ordinance.

Announcing a new public sector enterprises (PSEs) policy, Sitharaman said a list of strategic sectors requiring the presence of PSUs in the public interest will be notified.

In strategic sectors, at least one enterprise will remain in the public sector but the private sector will also be allowed.

In other sectors, PSUs will be privatised, she said adding that timing would be based on feasibility.

"To minimise wasteful administrative costs, the number of enterprises in strategic sectors will ordinarily be only one to four. Others will be privatised/ merged/ brought under holding companies," she said.

For states, she said the Centre has acceded to their request and increased borrowing limit from 3 per cent of gross state domestic product (GSDP) to 5 per cent for 2020-21 only.

States' net borrowing ceiling for 2020-21 is Rs 6.41 lakh crore, based on 3 per cent of GSDP. States have so far borrowed only 14 per cent of the limit authorised, she said adding that the increase in borrowing limit would give states extra resources of Rs 4.28 lakh crore.

But, the increased borrowing limit would be linked to specific reforms such as One Nation-One Ration Card, ease of doing business, power distribution, and urban local body revenues.

The conditions include an unconditional increase of 0.50 per cent in the borrowing limit. Thereafter, 1 per cent increase will be allowed in four tranches of 0.25 per cent, with each tranche linked to clearly specified, measurable and feasible reform actions.

The last of the 0.50 per cent will be allowed if milestones are achieved in at least three out of four reform areas.