The threshold for insolvency will also be raised to Rs one crore from the current Rs one lakh which will be supportive for the MSME sector, the Centre said. 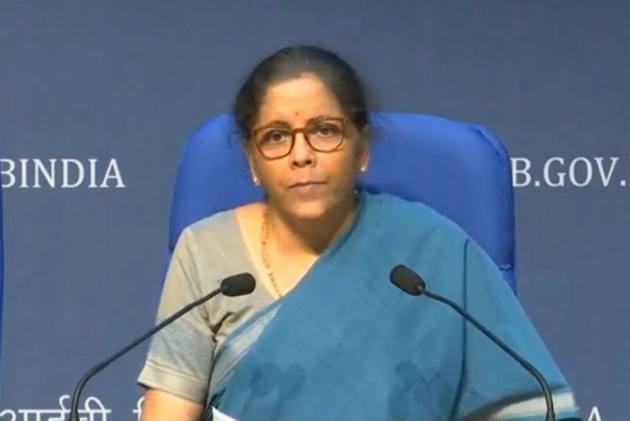 In a major relief for businesses, Finance Minister Nirmala Sitharaman on Sunday announced that no fresh insolvency case will be admitted for the next one year in view of the coronavirus pandemic.

The government had earlier suspended any fresh admission for six months.

Further, the government will also set up a special insolvency framework for MSMEs under Section 240A of the Insolvency of Bankruptcy Code. This has been a long pending demand of the industry and economists.

The threshold for insolvency will also be raised to Rs one crore from the current Rs one lakh which will be supportive for the MSME sector.

Further, the debt occurring due to the coronavirus pandemic will not be categorized as "default", thereby will be insulated from triggering insolvency proceedings.

The changes would implemented through promulgation of ordinance subject to a ratification by the Parliament later so that things move quickly, Sitharaman said.

The decision comes under the fifth and the final tranche of Rs 20 lakh crore economic package announced by Prime Minister Narendra Modi on Tuesday.