On Tuesday, the IMF predicted an impressive 12.5 per cent growth rate for India in 2021, stronger than that of China, the only major economy to have a positive growth rate last year during the Covid-19 pandemic. 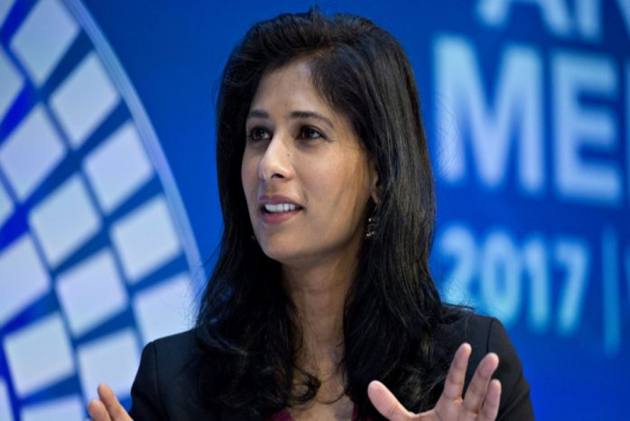 The chief economist of the International Monetary Fund on Wednesday said that there is evidence of normalisation of economic activities in India. "The evidence we were getting in the last couple of months in terms of the normalisation of economic activity," IMF's chief economist Gita Gopinath said ahead of the annual spring meeting of the IMF and the World Bank.

On Tuesday, the IMF predicted an impressive 12.5 per cent growth rate for India in 2021, stronger than that of China, the only major economy to have a positive growth rate last year during the Covid-19 pandemic.

In its annual World Economic Outlook, the IMF said the Indian economy is expected to grow by 6.9 per cent in 2022. In 2020, India's economy contracted by a record eight per cent.

However, compared to the previous projections early this team, the change in 2021 forecast is pretty small, she noted.

"In the case of India, we have a pretty small change. It's 1 percentage increase for growth for 2021. This came in with high frequency," she said in response to a question.

Malhar Nabar, Division Chief of the research department at the IMF, told reporters that the current forecast that the IMF has for India already takes a fairly conservative view on the sequential growth for the Indian economy for this year.

"But it's true that with this very worrying uptick in cases that that poses very severe downside risks to the growth outlook for the economy," Nabar said.