Business Ahead Of US Federal Reserve Meet, Asian Shares Mixed In Quiet Trading On Wednesday

Ahead Of US Federal Reserve Meet, Asian Shares Mixed In Quiet Trading On Wednesday

On Wall Street, the S&P 500 dipped 0.2 per cent to 4,246.59 as the Federal Reserve began a two-day meeting on interest-rates and other policies. 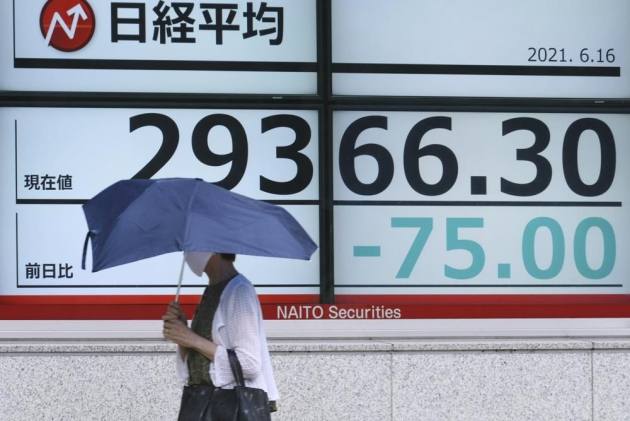 Asian shares were mixed in quiet trading Wednesday ahead of a US Federal Reserve meeting that may give clues on what lies ahead with its massive support for markets.

Japan released data that showed its trade surplus jumped 49.6 per cent in May from the previous year, but analysts said that was less than expected and highlights how the world's third largest economy and its exports may be only slowly recovering from the pandemic.

Investors are also watching data out of China on industrial production and retail sales for indications about the health of the regional economy.

“Asian markets are quiet ahead of the Fed,” said Robert Carnell, regional head of research Asia-Pacific at ING. “China's data dump may stir things up a bit today, but the main focus will be on the Fed's message and any hints they may give.”

On Wall Street, the S&P 500 dipped 0.2 per cent to 4,246.59 as the Federal Reserve began a two-day meeting on interest-rates and other policies. A day earlier, the index hit an all-time high amid optimism about the economy.