Home  »  Website  »  Business  »  After Tightening FDI Norms, Govt Should Keep An Eye On FPI Route To Ward Off Predatory Takeovers

After Tightening FDI Norms, Govt Should Keep An Eye On FPI Route To Ward Off Predatory Takeovers 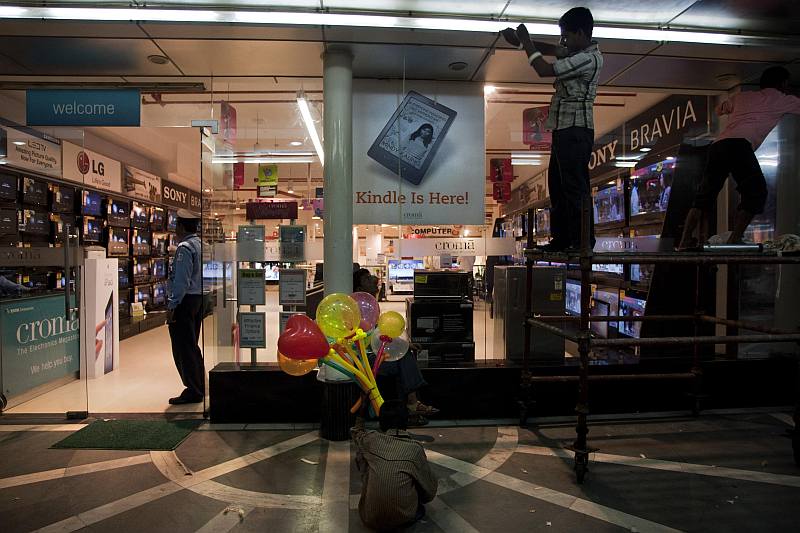 A boy sells balloons outside a shop in New Delhi.
File photo
Yagnesh Kansara 2020-04-19T19:06:08+05:30 After Tightening FDI Norms, Govt Should Keep An Eye On FPI Route To Ward Off Predatory Takeovers

In a pre-emptive move to protect India INC from the predatory threat from foreign (Chinese) companies, Centre may have tightened its foreign direct investment (FDI) policy norms in listed/unlisted companies, but there is yet another way by which foreign companies can invest in Indian markets and Indian companies.

This route is simple. Invest in listed companies by way of secondary market transactions (stock exchange route). This route is called Portfolio Investment Route. Foreign Institutional Investors (FIIs) or Foreign Portfolio Investors (FPIs) can invest in any listed company but there is a ceiling per FII/FPI of 10 per cent. And put together, such FIIs/ FPIs can invest up to sectoral caps.

Keeping in mind that the needle of worldwide suspicion is pointed towards China, which has been hostile and in hot pursuit to acquire companies in Europe and USA, the Centre should also tighten rules on this front.

Makarand Joshi, partner, MMJC and Associates LLP – a corporate compliance firm, said, “While the Indian government has amended Foreign Direct Investment (FDI) route, it has not plugged in Foreign Portfolio Investor (FPI) or Foreign Institutional Investor (FII) route, which also needs to be plugged to achieve the coveted government objective of protecting Indian economy’s interest. The notification falls short of protecting the vulnerable listed entities in the Indian capital market space as it only talks about the FDI route and not the FPI route.”

Welcoming the centre’s move to tighten the FDI norms from the neighbouring countries, Dhiraj Lalpuria, Vice-President, Choice Consultancy, said, “The govt must ensure strict implementation and vigilance about the investments made indirectly by foreign beneficial owners of the intended countries under any other investment category.”

India’s FDI inflows (equity) rose 10 per cent year-on-year in the first three quarters of the last fiscal to $33.5 billion.

The capital market regulator, Securities and Exchange Board of India (Sebi), has also swung into action. It intensified its scrutiny of FPIs from Asian countries in the wake of fears that Chinese investors could be investing in India's blue-chip stocks at cheap valuations through indirect routes.

On Friday, Sebi sent its third communication of the week to custodians seeking details of FPIs which have beneficiaries in Mongolia, Pakistan, Bhutan, Nepal, Afghanistan, Bangladesh, Myanmar, Taiwan, North Korea, Yemen and Iran.

Custodians have received a total of three communications within a span of a week, targeting investments from China. The move was prompted by People’s Bank of China’s (PBOC) decision to raise its stake in HDFC Ltd to 1.01 per cent from 0.8 per cent in the March quarter through open market purchases. This had led to concerns whether some of these stocks had become susceptible to acquisition, using open market transactions, through the FPI route.

However, China has entered the Indian market through another route of investment -- venture investments in start-ups. It has penetrated the online ecosystem with its popular smart phones and their applications.

According to a report by researchers Amit Bhandari and Aashna Agarwal, Chinese tech investors have put an estimated $4 billion into Indian start-ups. Over the five years ending March 2020, 18 of India’s 30 unicorns are now Chinese-funded. “TikTok, the video app, has 200 million subscribers and has overtaken YouTube in India. Alibaba, Tencent and ByteDance rival the US penetration of Facebook, Amazon, and Google in India. Chinese smart phones like Oppo and Xiaomi lead the Indian market with an estimated 72 per cent share, leaving Samsung and Apple behind,” the two researchers noted.