Budget 2006-07 speech by the Minister of Finance. Tax Proposals: 'on direct taxes are estimated to yield a gain of Rs.3,000 crore. On the indirect taxes side, the proposals are revenue neutral'. 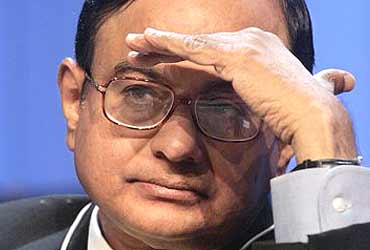 122. Mr. Speaker, I shall now present my tax proposals.

123. The UPA Government promised that "tax rates will be stable and conducive to growth, compliance and investment". The increase in gross tax revenue is proof of a promise fulfilled. While we have raised more tax revenue, we have also left more money in the hands of the people as savings and for investment.

125. I shall begin with indirect taxes. Firstly, customs duties.

127. In order to take one more step towards comparable East Asian rates, I propose to reduce the peak rate for non-agricultural products from 12.5 per cent to 10 per cent.

130. I propose to fully exempt from duty all coking coal irrespective of the ash content.

133. I propose to fully exempt dredgers from import duty.

136. In order to make edible oils more affordable, I propose to exempt crude as well as refined edible oils from the additional CV duty of 4 per cent. I also propose to reduce the duty on sunflower oil, both crude and refined, by 15 percentage points.

137. I have good news for cat and dog lovers. I propose to reduce the duty on pet foods from 30 per cent to 20 per cent.

138. I propose to reduce the duty on watch dials and movements as well as umbrella parts from 12.5 per cent to 5 per cent.

140. Import of aircraft, including helicopters, by Government and scheduled airlines is, at present, exempt from all duties, and that position will continue. However, there is no reason to allow the exemption to other private importers. Hence, I propose to levy an import duty of 3 per cent, which is the WTO bound rate, on all private import of aircraft including helicopters. Such import will also attract countervailing duty and additional customs duty.

142. I shall now turn to my proposals on excise duties and service tax.

143. There will be no change in the general CENVAT rate or in the service tax rate.

144. On February 15, 2007, Government reduced the price of petrol and diesel by Rs.2 per litre and Re.1 per litre, respectively. I had agreed that the Revenue will bear a part of the burden. Hence, I propose to reduce the ad valorem component of excise duty on petrol and diesel from 8 per cent to 6 per cent.

145. Keeping in mind the special needs of several sectors and the interest of the consumers, I propose to grant relief from excise duty in deserving cases, especially job creating sectors:

146. To provide access to pure drinking water for households and communities, I propose to fully exempt from excise duty water purification devices operating on specified membrane based technologies as well as domestic water filters not using electricity.

147. Pipes used for carrying water from a water supply plant to a storage facility are exempt from excise duty. I propose to extend the exemption to all pipes of diameter exceeding 200 mm used in water supply systems.

148. There has been a significant increase in the retail price of cement. Last year, at this time, a bag of 50 kilogram was sold at a Maximum Retail Price (MRP) of Rs.190 or less which, I understand, is a remunerative price. I propose to reward cement manufacturers who hold the price line and tax those who do not. Accordingly, I propose to reduce the present rate of excise duty of Rs.400 per metric tonne to Rs.350 per metric tonne on cement which is sold in retail at not more than Rs.190 per bag. On cement that has a higher MRP, the excise duty will be Rs.600 per metric tonne.

149. I strongly support the campaign "say no to tobacco". Hence, I propose to increase the specific rates of excise duty on cigarettes by about 5 per cent. Similarly, excise duty (excluding cess) on biris, which was last fixed in 2001, will be raised from Rs.7 to Rs.11 per thousand for non-machine made biris and from Rs.17 to Rs.24 per thousand for machine made biris. There is an exemption from excise duty for unbranded biris up to 20 lakh biris in a year. Complaints have been received of misuse of the exemption. This exemption will henceforth be available subject to fulfilment of the condition of declaration with the Department of Central Excise and regular monitoring.

151. Based on a comprehensive review of exemptions and having posted them on the website and having invited comments, I propose to remove certain excise duty exemptions which are redundant or have outlived their utility.

153. While I bid goodbye to 200,000 assessees, I welcome the new assessees who will be brought into the fold. I propose to extend service tax to:

155. I propose to exempt service tax on services provided by Resident Welfare Associations to their members who contribute Rs.3000 or less per month for services rendered.

157. To make India a preferred destination for drug testing, I propose to exempt clinical trial of new drugs from service tax.

158. The scope of some services that are currently taxed is being expanded or redefined. However, I shall not burden the House with the details.

159. The telecommunications industry has repeatedly requested that the multifarious taxes, charges and fees applicable to the industry should be unified and a single levy on revenue should be collected. The request merits consideration. Hence, I propose to request the Department of Telecommunications to constitute a committee to study the present structure of levies and make suitable recommendations to Government.

161. In the current year, there has been better tax compliance by individuals. I hope this trend will continue.

162. The current slabs and rates of personal income tax (PIT) were introduced only two years ago. They constitute a moderate tax regime. A comprehensive review should await the proposed Income Tax code which will be introduced in Parliament this year. Nevertheless, without altering the rates, I am inclined to consider giving some relief to tax payers, especially in view of the cooperation they have extended to the Department of Revenue. Accordingly, I propose that:

163. On the corporate income tax (CIT) side too, there has been better compliance. Consequently, I propose to keep the same rate of CIT with one important modification. In order to encourage small and medium enterprises to invest and grow, I propose to remove the surcharge on income tax on all firms and companies with a taxable income of Rs.1 crore or less. This will benefit about 1,200,000 firms and companies.

165. Section 80IA of the Income Tax Act lists the infrastructure facilities that are entitled to tax concessions. There are some obvious claimants to this benefit. One is cross country natural gas distribution network, including gas pipeline and storage facilities integrated to the network. The second is navigation channel in the sea. I propose to extend the tax concession to these two facilities.

166. In order to facilitate the creation of urban infrastructure, I propose to allow issue of tax-free bonds through State Pooled Finance Entities formed for raising funds for a group of urban local bodies.

167. Last year, I had constituted an expert body to advise the Government on tax policy in respect of the gem and jewellery industry. Taking into account its recommendations, the best international practices and the need for a simple tax regime, I propose to introduce a benign assessment procedure for assessees engaged in diamond manufacturing and trading who declare profits from such activities at 8 per cent or more of the turnover. Instructions in this regard will issue shortly.

168. We will require 20,000 more hotel rooms for the Commonwealth Games. Hence, I propose a five year holiday from income tax for two, three or four star hotels as well as for convention centres with a seating capacity of not less than 3,000. They should be completed and begin operations in the National Capital Territory of Delhi or in the adjacent districts of Faridabad, Gurgaon, Ghaziabad or Gautam Budh Nagar during the period April 1, 2007 to March 31, 2010.

169. Section 35(2AB) allows a weighted deduction of 150 per cent for expenditure relating to in-house research and development. I propose to extend the concession for five more years until March 31, 2012.

170. Undertakings in Jammu & Kashmir presently enjoy a tax holiday that is due to end on March 31, 2007. Considering the importance of promoting further investment in that State, I propose to extend the benefit for another five years up to March 31, 2012.

171. E-filing of corporate returns introduced this financial year has been a resounding success. Until January 31, 2007, 301,736 returns were electronically filed by corporates. Our analysis shows that the effective rate of tax paid by all corporates, thanks to numerous tax concessions and exemptions - several of them well-intended - was only 19.2 per cent. In 1996-97, we introduced the Minimum Alternate Tax (MAT) for companies with book profits, and its purpose is to bring about horizontal equity in taxation. MAT should therefore apply, as far as possible, to all corporate incomes. Hence, I propose to extend MAT to income in respect of which deduction is claimed under sections 10A and 10B of the Income Tax Act.

172. I also propose to partially modify a deduction that is available to certain companies. Without altering the overall limit of the special reserve equal to twice the net worth under section 36(1)(viii) of the Income Tax Act, I propose to stretch out the period by restricting the deduction to 20 per cent of the profits each year and limit the benefit to banks and certain financial corporations.

173. Venture capital funds are a useful source of risk capital, especially for start-up ventures in the knowledge-intensive sectors. Since such funds enjoy a pass-through status, it is necessary to limit the tax benefit to investments made in truly deserving sectors. Accordingly, I propose to grant pass-through status to venture capital funds only in respect of investments in venture capital undertakings in biotechnology; information technology relating to hardware and software development; nanotechnology; seed research and development; research and development of new chemical entities in the pharmaceutical sector; dairy industry; poultry industry; and production of bio-fuels. In order to promote business tourism, I also propose to allow this benefit to venture capital funds that invest in hotel-cum-convention centres of a certain description and size.

174. In December 2006, I put a limit of Rs.50 lakh per investor per year with respect to capital gains bonds issued by NHAI and REC under section 54EC of the Income Tax Act. As a result, many small investors could obtain these bonds and save on capital gains. I propose to continue this provision and, accordingly, I propose to amend section 54EC to that effect.

175. I propose to expand the tax base of capital gains to include certain works of art.

176. I believe that my direct tax proposals have brought about more horizontal equity. It is also necessary to improve vertical equity. Having regard to the capacity to pay, I propose to raise the rate of dividend distribution tax from 12.5 per cent to 15 per cent on dividends distributed by companies.

177. Dividends distributed by money market mutual funds and liquid mutual funds enjoy concessional tax rates giving rise to huge arbitrage opportunities. I propose to address this distortion by raising the dividend distribution tax on dividends paid by such entities to 25 per cent for all investors.

178. Fringe Benefit Tax (FBT) has now stabilized. I have received a few representations regarding some aspects of sales promotion. Hence, I propose to clarify the doubts by excluding expenditure on free samples as well as expenditure on displays from the scope of FBT.