Mahendra Nath Pandey also said the BJP supported the construction of Ram temple in Ayodhya, which will built through “any means”. 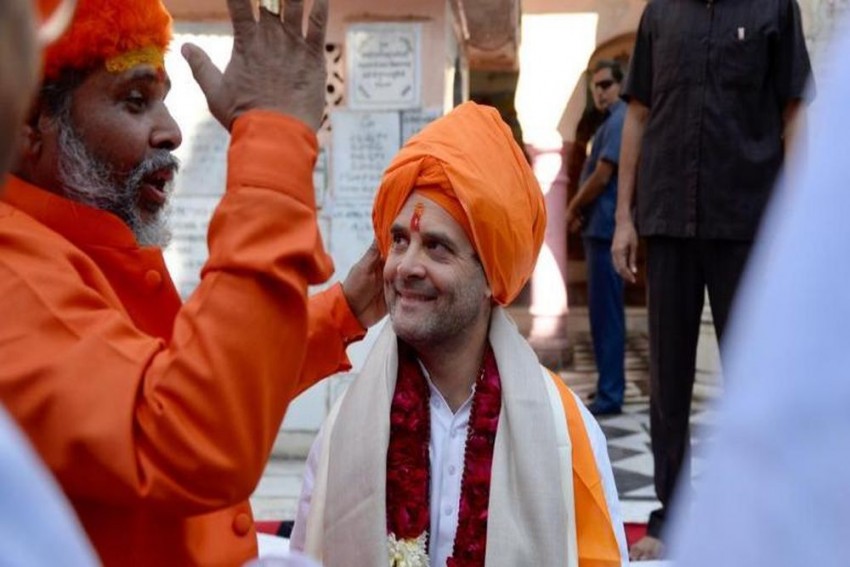 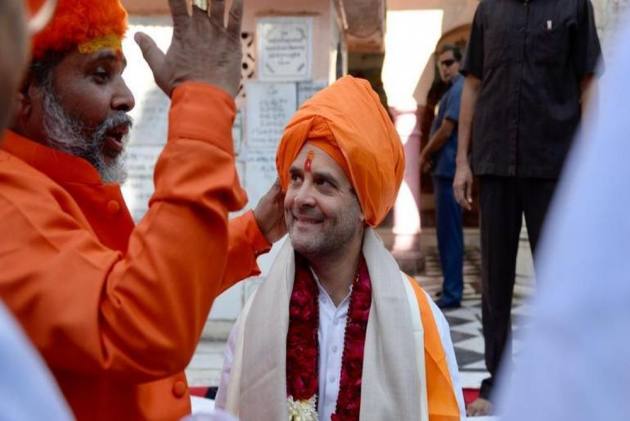 This is the latest remark in the row over Gandhi’s gotra.

A priest at Pushkar lake in Rajasthan recently said Gandhi gave out his gotra during a ritual as “Dattatreya”, who are Kashmiri Brahmins.

Some BJP leaders challenged the “claim”, reminding that Gandhi’s paternal grandfather was a Parsi, not a Hindu with a 'gotra'.

Pandey told reporters here that Gandhi has “no gotra”, going by the traditional male lineage.

“And if we take his gotra going by his mother, it should be gotra Itlus,” he said.

Rajasthan Chief Minister Vasundhara Raje had said Tuesday that the 'gotra' mentioned by Gandhi while offering prayers at Pushkar was that of former prime minister Jawaharlal Nehru and not of the Congress president.

“Motilal Nehru, Jawaharlal Nehru, Indira Gandhi, Sanjay Gandhi, Maneka Gandhi and Sonia Gandhi have come and offered prayers at the ghat and it is recorded with us,” Pushkar priest Dinanath Kaul had said.

The priest claimed he possessed old records showing this.

Mahendra Nath Pandey also said the BJP supported the construction of Ram temple in Ayodhya, which will built through “any means”.

“The case is in court and we hope that the decision will be in our favour. However, the temple will be constructed by any means,” the BJP leader said, referring to the Ram Janmabhoomi-Babri Masjid land dispute the Supreme Court is hearing.

But he added that the BJP had never contested elections on the Ram temple issue and the party's agenda was always development.

He also defended Chief Minister Yogi Adityanath for an alleged remark in which he called Lord Hanuman a Dalit.

Pandey said the statement should be seen in a wider context.

"The chief minister expressed his views about Hanuman, the one who was behind uniting all in the Ramayana. But people who worry about 'gotra' started finding caste and 'gotra' in this too," he said.