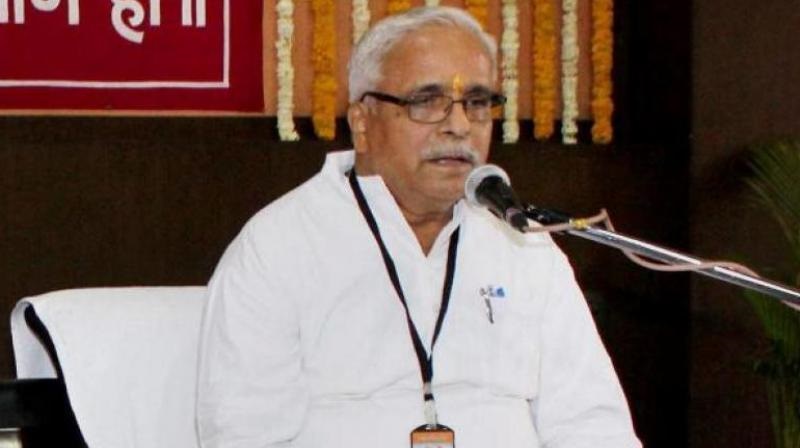 RSS general secretary Bhaiyyaji Joshi, who has been holding the post since 2009, was on Saturday given another three-year term.

He was speaking after the triennial meeting of the Sangh,

According to sources, who were present in the meeting, no other name was proposed.

The Sangh's general secretary is its executive head who looks after the day-to-day affairs of the organisation.