The mood, drama, and who was missing as BCCI gets its biggest blow yet 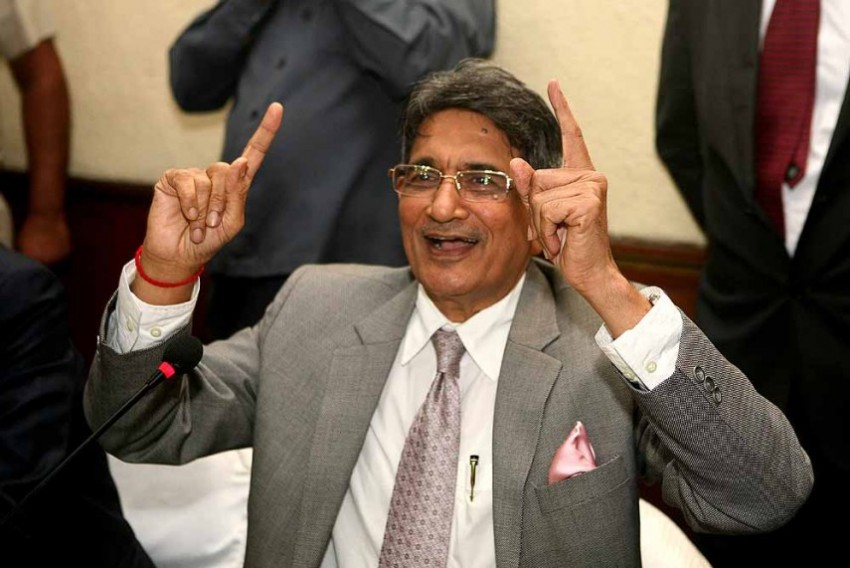 Chief Justice RM Lodha panel announced its judgement in the IPL spot-fixing matter during a press conference, at New Delhi. Chennai Super Kings, the most consistent team in the IPL, and Rajasthan Royals were suspended from the cash-rich cricket league for two years for betting activities of their key officials Gurunath Meiyappan and Raj Kundra during the 2013 season.
Photograph by Sanjay Rawat/Outlook
Qaiser Mohammad Ali 2016-07-19T09:35:53+05:30 BCCI Case: Here's What Happened In SC 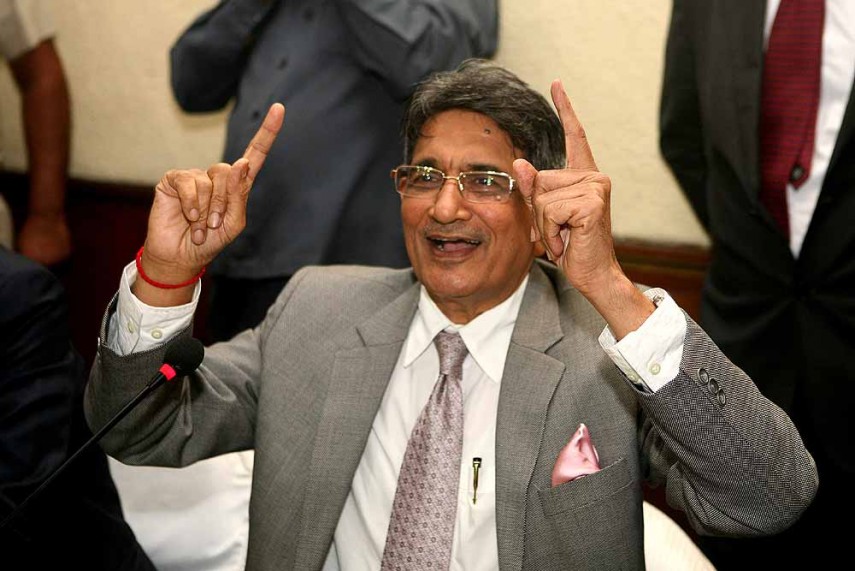 The BCCI is in for wholesale changes, with those holding forte for years and decades will now have to vacate their seats for a new order to be ushered in. After the Supreme Court on Monday upheld almost all the major recommendations of the Lodha Committee in its historic judgement, no minister and bureaucrat can now be an office-bearer of the Board.

Petitioner Aditya Verma, secretary of the Cricket Association of Bihar, whose petition in the 2013 IPL betting-fixing scandal led to this judgement, was in Delhi and traveling in a car with his son when his lawyer called him to inform about the impending judgement. Other people involved were also informed over the phone.

At exactly 2.14 pm, Kalifulla, who is retiring on July 22, stepped in court No.1 and behind him was Thakur. The court rose in respect and Thakur, as usual, said namaste with a bowed head and then both sat down.

Immediately, Thakur started reading the main points of the judgement. He clarified something to BCCI counsel and senior lawyer KK Venugopal. Thakur took all of seven minutes to complete the exercise. That included the signing of the judgement. First he signed and then he extended the judgement copy to Kalifulla, sitting on his left, and he too duly signed. Kalifulla didn’t speak, though.

Strangely, no BCCI official was present in the court. They had been taking turns to be present in the court for the many hearings that were held in the last one year or so. Even some of those who had filed the intervention applications supporting the BCCI were nowhere to be seen. Perhaps, they had seen the writing on the wall.

Aditya Verma, a former cricketer who resisted threats and money offers while pursuing his petition, was a relieved man. Dressed in a bright, printed shirt that reflected his upbeat mood, he was one of the first persons to reach the court room.

And as the judges stepped inside the court room, Verma a bit loudly remembered his god for help, even as his 21-year-old son sat quietly a row behind. After the judgement was pronounced, Verma didn’t show any emotions; he looked relieved. Perhaps, he had a hunch about the nature of the judgement that was coming.

Describing it as a “path-breaking judgement”, Azad, who has been working to cleanse the DDCA of malpractices, he wondered how the new one-state-one-vote policy is implemented when the BCCI's annual general meeting is held in September.

“We are indebted to Justice Thakur and Justice Kalifullah. The judiciary has done what the Executive and Legislature did not do all these years and they deserve our sincere thanks,” Azad said.

Azad pointed out that Maharashtra and Gujarat have multiple units with voting rights. “The court has ordered ‘rotational’ voting and that will be one of the biggest problems. [With] a few sops and positions coupled with four states and three governments votes practically deciding who would win, the elections were a mere formality. Politicians strutted around as bridegrooms and were running the show,” he said.

Azad further said he was particularly keen to cleanse the DDCA stable and “retrieve all the money that has been swindled through fake companies and fake bills”.

“I am determined to take the fight to its logical end,” he said. “I will soon approach the Hon’ble High Court and shall file a case against all the guys who were at the helm in the DDCA for all the loot and mismanagement that took place in the last 15 years,” Azad said.

The other major recommendations that Lodha Committee had made – and which the court upheld -- were one state-one vote, upper age limit of 70 years for office-bearers, and a nominee of the Comptroller & Auditor General on the BCCI. These were among the recommendations that the BCCI had opposed tooth and nail.

The two-member bench, comprising Chief Justice TS Thakur and FMI Kalifulla, gave the BCCI six months to implement the report and requested the Lodha Committee to ensure that all the recommendations were implemented.

“...we accept the report submitted by the Committee and the recommendations made therein with such modifications and clarifications as have been set out by us in the body of this judgment. Having said that we must hasten to add that the implementation of the recommendations is equally important and ought to be achieved within a reasonable period,” read the 143-page judgement.

“The transition from the old to the new system recommended by the Committee shall have to be under the watchful supervision of this Court. Constrains of time and the multiple dimensions of the recommendations made, however, make it difficult for us to take that supervisory role upon ourselves. The supervision of the transition can, in our opinion, be left to be undertaken by the Committee not only because it has a complete understanding of and insight into the nature of the problems sought to be remedied but also the ability to draw timelines for taking of steps necessary for the implementation of the proposed reforms,” it said.

“We are conscious of fact that the process may be time consuming but we hope that the same should be completed within a period of four months or at best six months from today. We, therefore, request the committee headed by Justice Lodha to draw appropriate timelines for implementation of the recommendations and supervise the implementation thereof.”

Self Goal In Indian Football