Gennaro Gattuso said Barcelona did not hurt Napoli, who paid the price for a "single error" at Stadio San Paolo 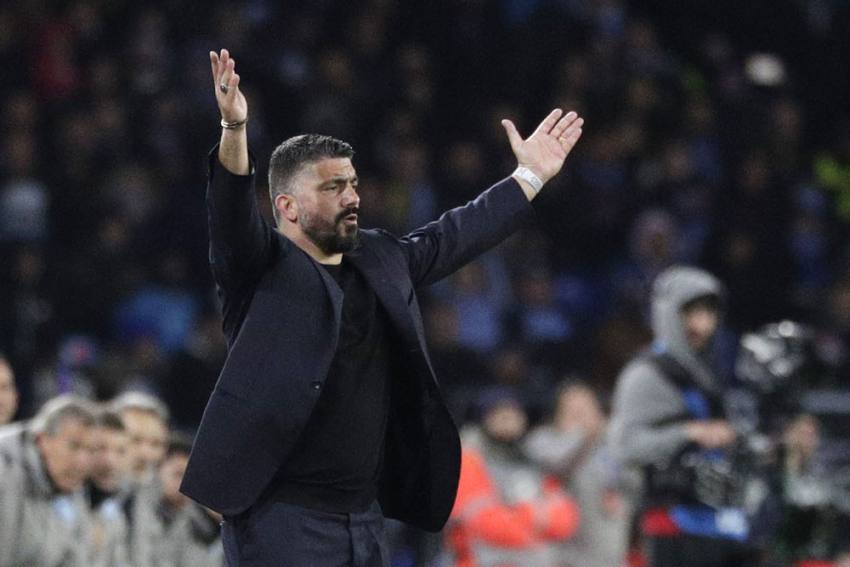 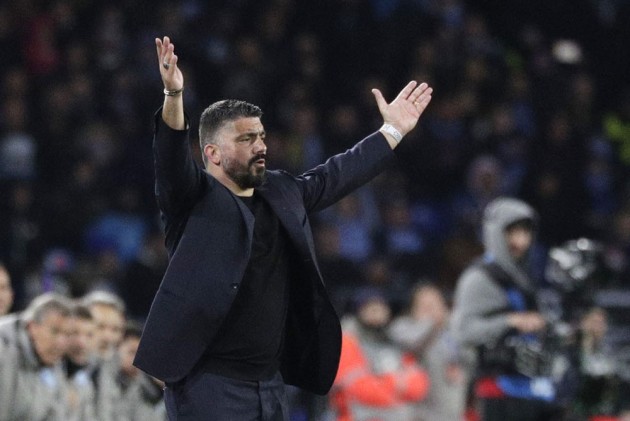 Dries Mertens equalled Napoli's all-time scoring record to put the home side ahead before a toothless Barca outfit salvaged a draw approaching the hour-mark in the opening leg of the last-16 tie.

Napoli – disciplined and compact in defence – were unfortunate not to take more from the showdown as Lionel Messi and Barca struggled at Stadio San Paolo.

"Since [Barca coach Quique] Setien arrived, they systematically push five or six players into attack, they don't just pass and that's it," Gattuso told Sky Sport Italia. "They force you to defend deep and we had to play like that, because if there were spaces back there, they could really hurt us.

"I think they barely grazed us tonight, they hardly had a single shot on goal. They could've been there all night and not scored, but we conceded after one single error. They didn't hurt us, it barely tickled."

121 goals for Napoli in all competitions
Level with the club's all-time top scorer Marek Hamšík
6 ahead of club legend Diego Maradona #UCL pic.twitter.com/B1irPpAy9O

Mertens put Napoli ahead with a curling effort in the 30th minute after some relentless pressing from team-mate Piotr Zielinski.

Napoli had a couple of chances to double their advantage, but Barca managed to equalise via Antoine Griezmann in the 57th minute before Arturo Vidal was sent off late.

"We could've done better on a few counter-attacks, but the team did what we had to do. We allowed them very few opportunities," Gattuso said.

"I am a little disappointed that we didn't create more playing out from the back and in possession, but a little fatigue can happen when you work so hard throughout. Unfortunately, you can't make a single mistake against Barcelona.

"Naturally, qualification is wide open, we will have time to prepare for the second leg and know they will be missing Sergio Busquets and Arturo Vidal, as they'll be suspended.

"It's our duty to go there and play for qualification. Napoli have many strong players, Barcelona have something more, but if we play with focus then we can have our chances."

Barca will host Napoli in the return leg at Camp Nou on March 18.