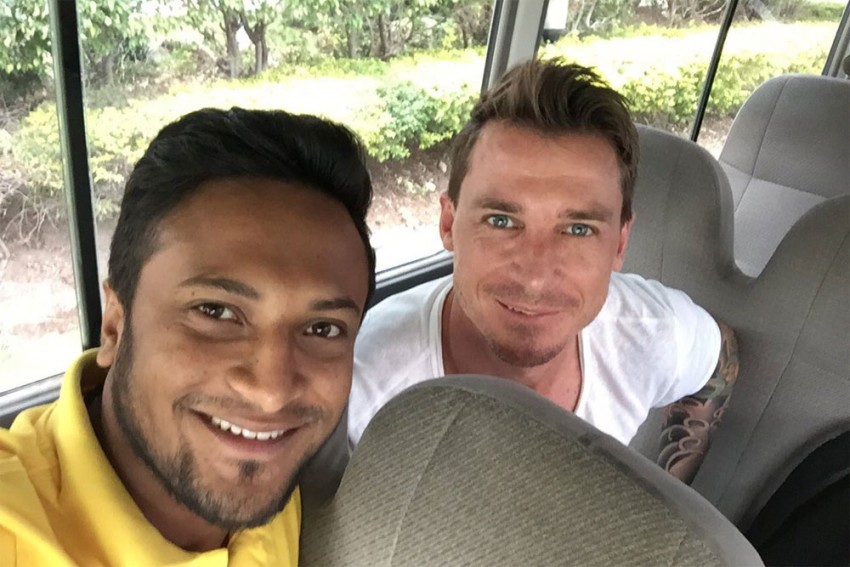 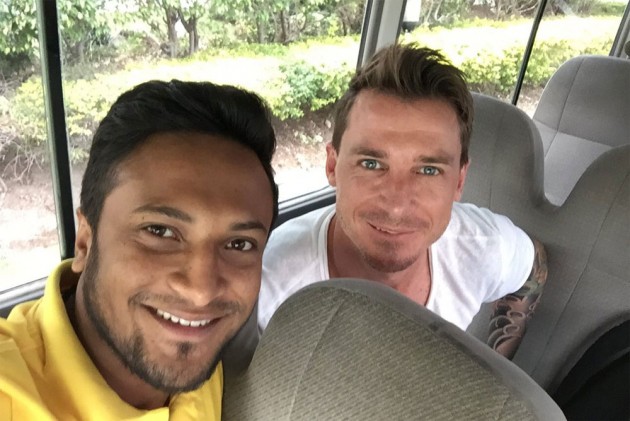 Playing his 54th Test match, the 31-year-old achieved the feat on the third day of the 1st Test against the visiting West Indies at Chittagong on Saturday. He entered the match with 3692 runs and 196 wickets.

In the match, which Bangladesh won by 64 runs in seven and a half sessions, Shakib scored 35 runs and took five wickets. He now has 3727 runs and 201 wickets in Test cricket. Windies all-rounder Keiron Pollard became his 200th Test victim.

Interestingly, Shakib 100th wicket is also a Windies, Darren Sammy in 2012 at Khulna.

Regarded as one of the greatest ever all-rounders of the game, Shakib beat England great Ian Botham by one match. Botham completed the double in 55 matches.