It is the only scooter in its segment to get the feature!

TVS debuted its SmartXonnect technology (TVS’ jargon for its Bluetooth connectivity feature) on the NTorq 125. That said, its highest-selling scooter is the Jupiter and the next logical step had to be the launch of a Jupiter variant with the connectivity feature. That’s exactly what the brand has done with the introduction of the new Jupiter Grande Edition with SmartXonnect. Interestingly, TVS used to sell the Grande Edition before but the brand then moved the variant’s features to the ZX variant.

The newly launched scooter is priced at Rs 59,900 (ex-showroom Delhi), which is Rs 6,955 dearer than the base variant. Compared to the previous-generation Grande Edition, the new scooter commands a premium of just Rs 252. The SmartXonnect feature connects the rider’s Android or iOS smartphone with the scooter via an app and lets the rider access features like call and text notification, overspeeding alert and trip details. Interestingly, the text notification does not work with iOS phones -- and shows the notification only for saved contacts on Android phones. Other information displayed in the analogue-digital combo cluster includes the speed, tripmeter and odometer readings, fuel levels and telltale lights. 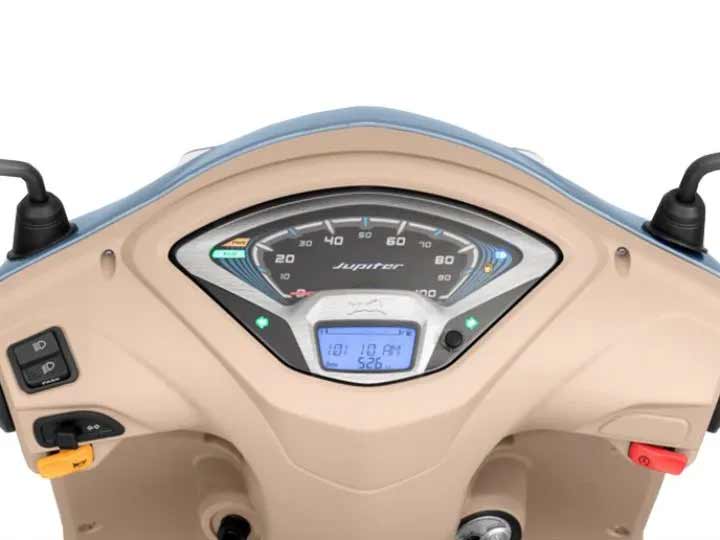 Key features of the Grande Edition include a full headlamp, an exclusive Tech Blue colour scheme on the bodywork, chrome garnishing on the front fender and rearview mirrors, premium maroon colour cross-stitched seat, beige interior panels and machined dual-tone alloy wheels. The scooter is available only with a front disc, unlike the previous generation Grande Edition which was offered in both disc and drum variants. 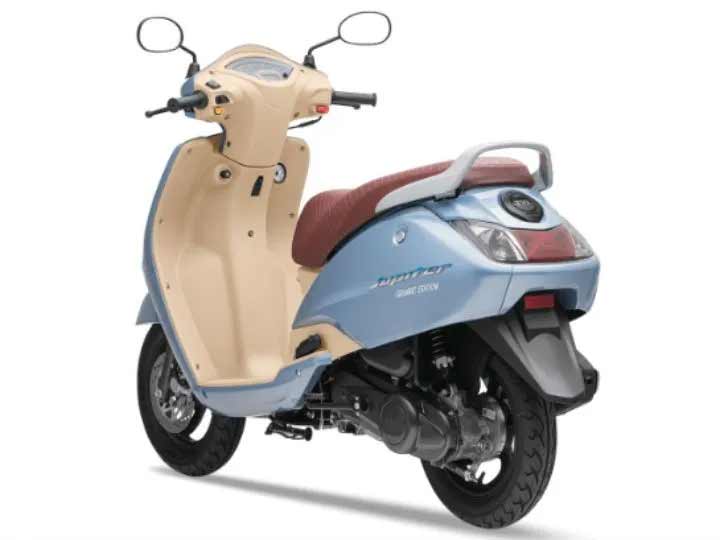 As far as the mechanicals are concerned, it is similar to other normal Jupiter variants. It draws power from a 109.7cc single-cylinder air-cooled engine which pushes out 7.99PS and 8.4Nm. Suspension bits include telescopic fork and a preload-adjustable rear shock absorber. The scooter rolls on 12-inch alloys wrapped with 90-section tubeless tyres on both ends and comes to a halt using a disc up front and a drum at the rear with CBS. In terms of rivals, the Jupiter Grande Edition goes head to head with the Honda Activa 5G Limited Edition DLX which costs Rs 57,176 (ex-showroom Delhi).