The upcoming petrol-only, Baleno-based Toyota hatchback will be well-equipped and feature mild-hybrid tech too 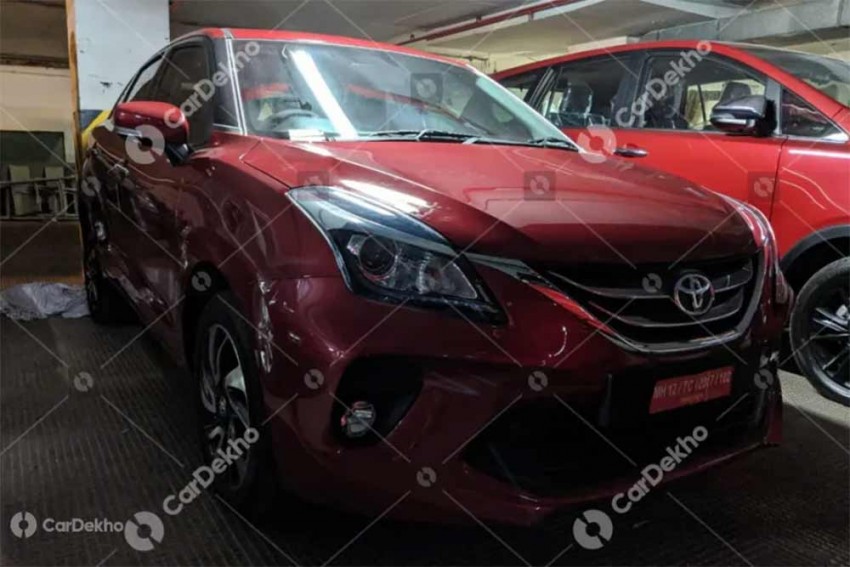 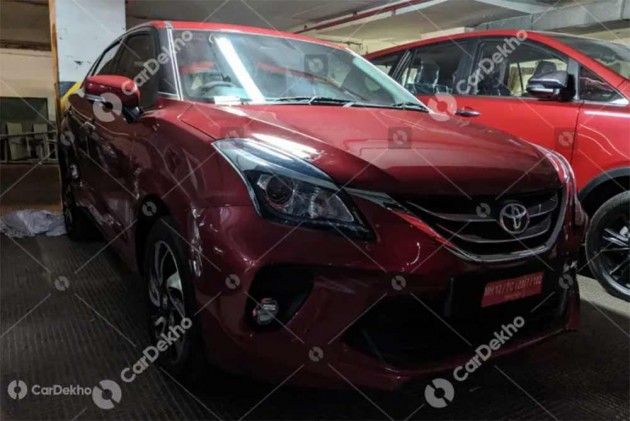 Toyota will be launching the Glanza on June 6 and while we have till then to know the prices, a leaked brochure has revealed other details about the premium hatchback. As expected, the Glanza will be available in two variants - G and V - both with a choice of a 5-speed manual and a CVT automatic transmission. 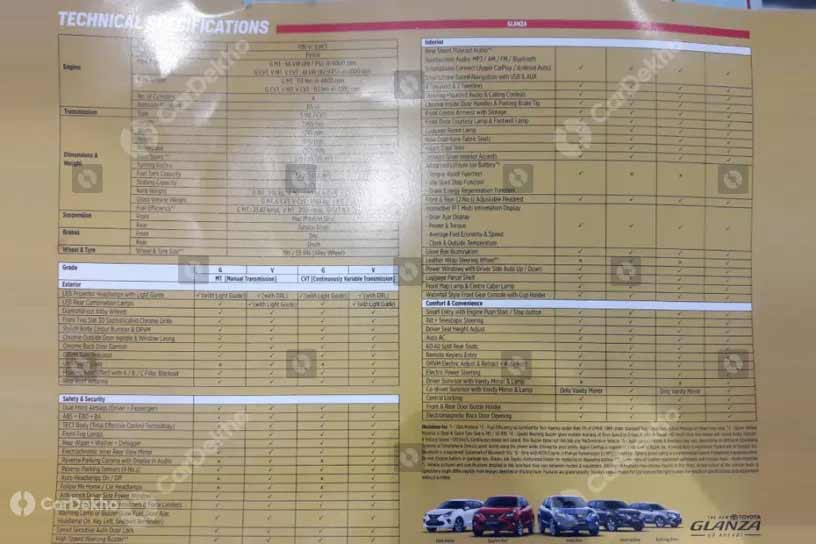 As expected, it will be powered by the same naturally-aspirated, 1.2-litre, BS6-compliant petrol engines as the Maruti Suzuki Baleno. The base-spec G variant with the manual gearbox gets the 1.2-litre mild-hybrid petrol engine which makes 90PS of power and 113Nm of torque with idle stop-start, torque assist and higher claimed fuel efficiency. The rest of the variants get Suzuki’s 1.2-litre Dual VVT, naturally-aspirated engine that produces 83PS and 113Nm. The Glanza G MT petrol with lithium-ion battery has a claimed fuel efficiency of 23.87kmpl (same as the mild-hybrid Baleno) as opposed to 21.01kmpl (less than Baleno petrol-MT) of the V MT despite the latter being 20kg lighter with a kerb weight of 890kg. 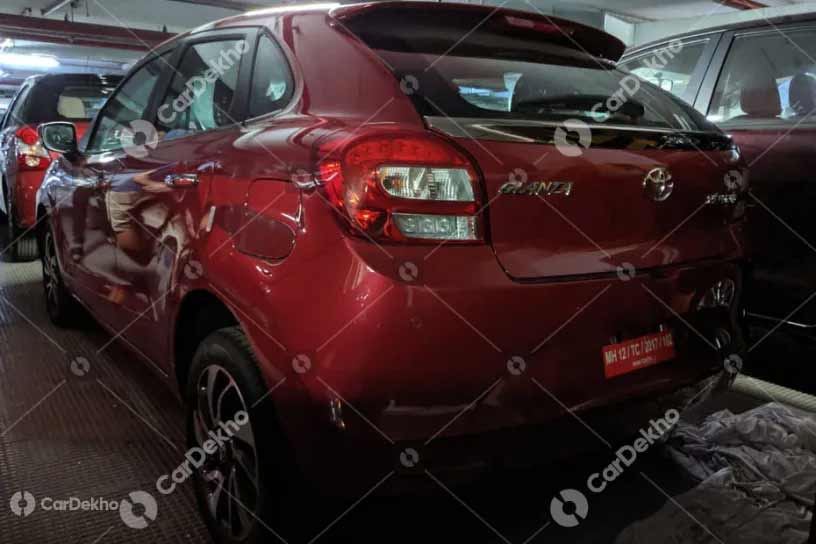 As standard, the Glanza will get LED projector headlamps, LED taillamps, 16-inch alloy wheels, turn indicators on ORVMs and various bits of exterior chrome too. The V only gets DRLs and UV-cut glass on top of that. In terms of comforts and conveniences, the Glanza is well equipped as it features a height adjustable driver seat, push-button stop-start, auto AC, powered ORVMs and 60:40 split rear seats as standard. 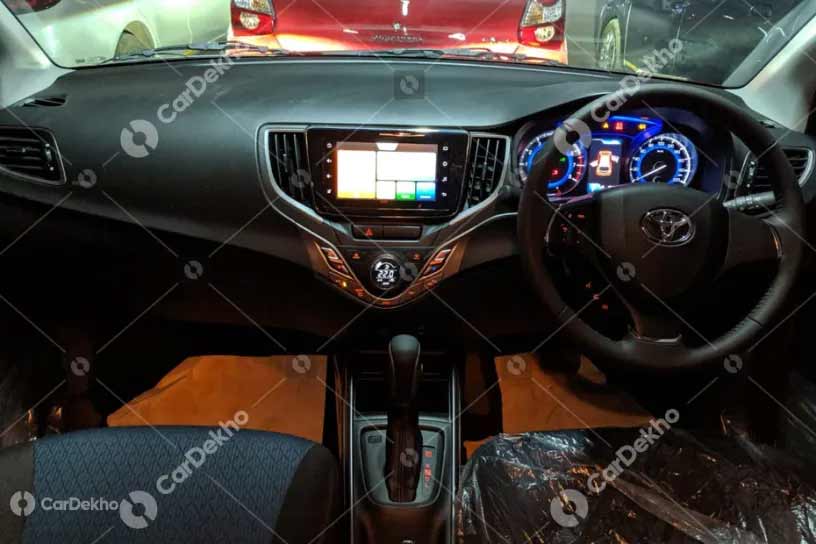 The Toyota Glanza will also get the 7-inch touchscreen infotainment system on both the G and V variants and will be the first Toyota-badged car in India to get Android Auto and Apple CarPlay connectivity options. It also gets a front centre armrest, steering mounted audio controls and a TFT multi-information display on the instrument cluster as standard. Only the leather steering wheel is additional on the higher variant.

In terms of safety, the Glanza doesn’t bring anything new over the hatchback it is based on. It gets safety features such as dual front airbags, ABS with EBD and brake assist, rear parking sensors, auto door lock, speed alert, front fog lamps, rear wiper and washer, and an electrochromic IRVM as standard. In the V variant, you’d also get a rear parking camera, auto headlamps and follow-me-home headlamp feature.

We will share a detailed explanation of which variant offers better value in our variants explained series post the launch of the Toyota Glanza. Given how well equipped it is, this premium hatchback is expected to have a starting price of Rs 7.79 lakh. It seems to be based on the Zeta and Alpha variants of the Baleno, which with the same features and powertrain options are priced between Rs 7.58 lakh to Rs 8.9 lakh (ex-showroom Delhi). The Glanza will compete with the likes of its donor car, the Baleno, along with the Hyundai Elite i20, Honda Jazz, Volkswagen Polo and the upcoming Tata Altroztoo.