Perhaps, the decision comes in the anticipation of an even higher price difference between petrol and diesel cars once BSVI norms are

Update: Tata Motors will also be introducing a diesel engine option for the Altroz, when it's launched in India by June 2019. This information has come in recently from the Geneva Show floor and was unavailable at the time of writing of this article. More details coming in.

Tata Motors has unveiled the production-spec version of its most premium hatchback yet, the Altroz. Showcased at the Geneva International Motor Show, it packs only a petrol engine, which might turn out to be the only engine option on offer at launch in mid-2019.

Under the hood of the show car at Geneva is a 1.2-litre, 3-cylinder turbocharged petrol engine from the Nexon, albeit in a detuned state. The in-house developed unit is rated to churn out 102PS@5,500rpm of max power and a peak torque of 140Nm@1750-4000rpm in the Altroz, coupled to a 5-speed manual transmission. An AMT is also likely to be on offer at launch.

If the Tata Altroz comes with a petrol engine only, it will be the only car in its segment without a diesel option. Other premium hatchbacks like the Maruti Baleno, Volkswagen Polo, Honda Jazz and the Hyundai Elite i20, all get a diesel engine option. 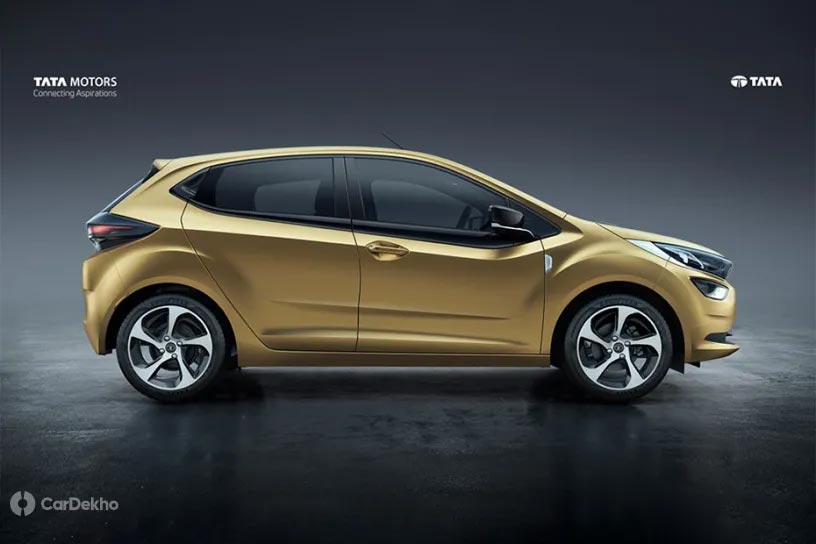 While not officially confirmed, the idea of not offering a diesel could be down to the fact that the price difference between petrol and diesel cars is expected to increase beyond Rs 2 lakh in this segment post April 2020, when BSVI norms are implemented. And that will weaken a diesel car’s case against its own petrol counterpart. Maruti Suzuki is also expected to drop the diesel engine option from cars like the Swift and Baleno.

Tata is, however, going to introduce the Altroz EV in India in 2020. The electric version of the Altroz was also showcased alongside the petrol-powered version and it will have a range of 250-300km. The electric hatchback will be launched by September 2020.