The Tata 45X seems to have an all-black interior, an analogue speedo, but a digital display for the rest of the instrument cluster like the Harrier

Spy images of the Tata 45X have been pouring in by the dozen, but this time we have come across a photo of its interiors. From the spy shots of the dashboard, steering wheel and instrument cluster, we can now confirm a lot of 45X’ features.

The dashboard layout is similar to the Harrier in design. There are multiple layers, a large touchscreen unit is placed in the middle over aircon vents and the instrument cluster is part analogue and part digital.

At the same time, there’s a differentiation as well. The hatchback’s interior doesn’t seem to have the black-brown theme like the Harrier. The control buttons of the infotainment system are also not right beneath it, but below the central aircon vents in the hatchback’s case. And while the instrument cluster is part digital, it is not exactly the same as the Harrier’s in terms of design. The digital part of the instrument cluster includes the rev counter and an MID in the middle that reads fuel efficiency, trip meter and fuel gauge. 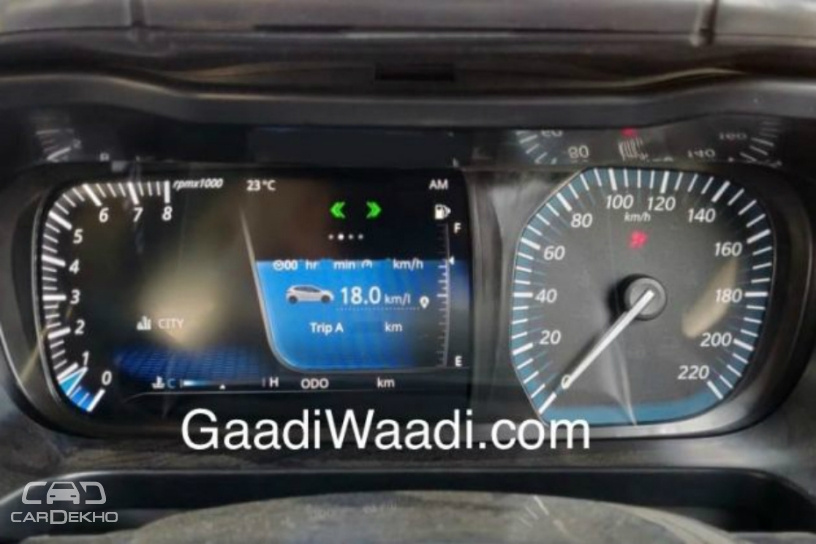 We can also confirm that the 45X gets climate controls as its switches are now visible in one of the images. The same image also reveals the engine start/stop button on the right of the steering wheel. The steering wheel is a flat-bottom unit, and it’s not shared with the Harrier. The layout of the steering-mounted controls is, however, similar to the Harrier’s. But the 45X’s steering will have a gloss black trim as well, along with some brushed aluminium finish.

A good part of the dashboard is still covered, however, we expect more such images to keep surfacing as we inch closer to the launch of the 45X expected in the second half of 2019. The 45X will rival the likes of the Hyundai Elite i20, Maruti Suzuki Baleno, Honda Jazz and VW Polo in India. It is expected to be priced from around Rs 5.5 lakh.