The ‘Winter Project’ is Volkswagen Motorsport India’s way of entering its 10th year in the country. Give us the keys already! 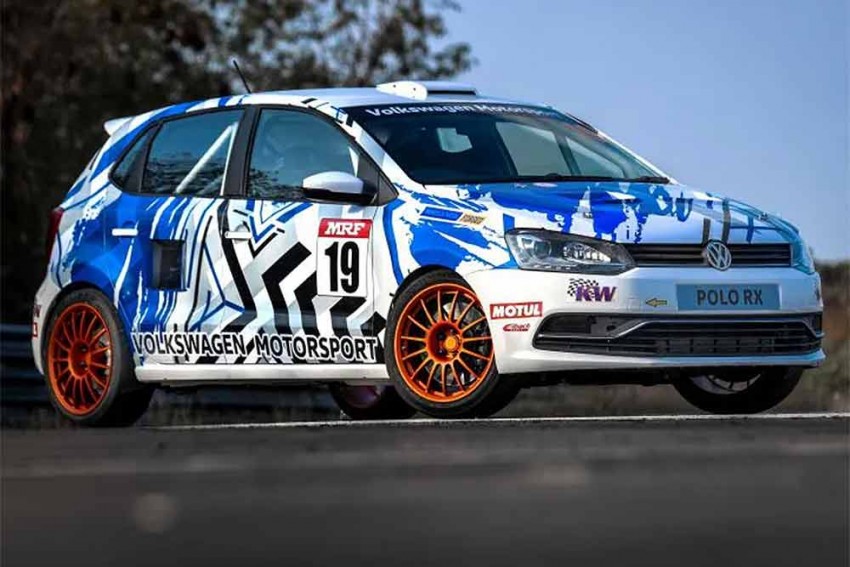 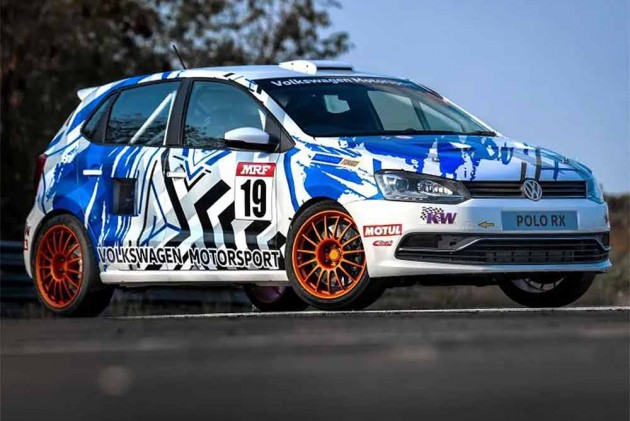 Over the years, Volkswagen Motorsport India has enthralled us with its one-make racing championships and catered to customers who wanted rally cars that could take the fight to factory outfits such as Mahindra and privateers driving Maruti Suzuki Esteems and Gypsys in various rally categories such as INRC1, INRC2 and INRC3. Set to enter its 10th year in the country, the team has created its wildest car yet - the Winter Project. While it may look like a a regular Polo with racing livery, it is far from it. So go grab a cup of coffee and take a seat while we take you through the extensive modifications done by Volkswagen Motorsport India’s engineers.

After successfully completing another round of the VW Ameo Cup, the team’s engineers and technicians set about developing a one-off build for track day purposes during its “winter” break. The car you see here can be bought by anyone and promises maximum thrills on the track.  Called the Polo RX, it is a rear-engined, rear-wheel drive car and is equipped with the same 1.8-litre TSI engine and sequential gearbox with paddle shifters as the Ameo Cup cars from last season. 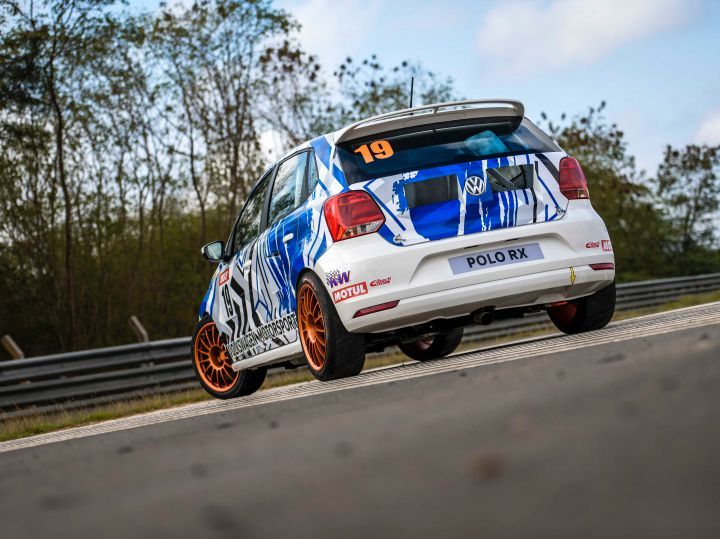 But that’s not even half the story. In order to fit the engine in the rear of the Polo, the engineers had to create special mounts for it as well as the gearbox and suspension. Meanwhile, the intercooler for the turbocharged engine was placed underneath the rear seats while special air ducts had to be installed to maintain air flow to the motor.

The team also created special pipes, ducts for the cooling and fuel system. Since the motor occupied the spot where the fuel tank normally sits, the latter had to be moved to the front of the car and connected to the engine at the back. Other impressive bits include reworked wiring harnesses and system integration.

But what is a race car if it can’t handle the way the driver wants it to. Hence, the engineers set about tuning the suspension to meet the needs of the driver and the circuit. The resultant car does not comply with any of the current racing regulations in the country, which Volkswagen says is a blessing in disguise as it makes the Polo RX an apt tool to hunt apexes in. But it also means that the car cannot participate in any competitive events held across the country. However, Volkswagen believes new regulations will let it enter the car in either autocross, rallying or circuit racing. 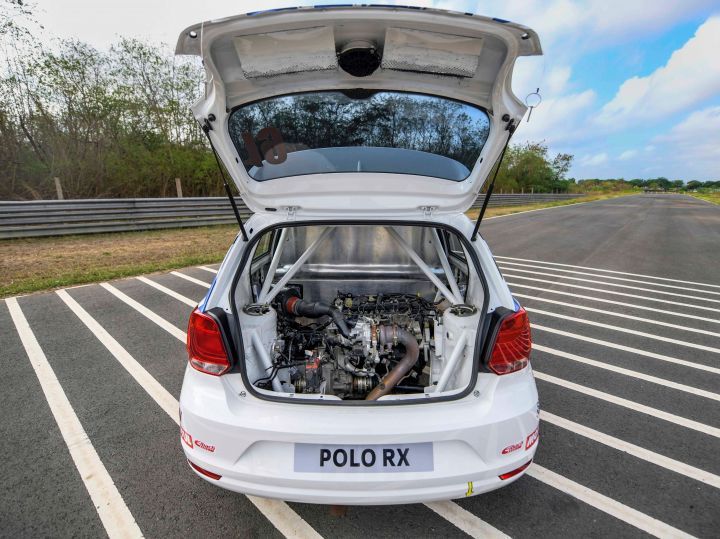 Talking about the development that has gone into the car, Sirish Vissa, head of Volkswagen Motorsport India, said, “I am extremely excited about our ‘Winter Project’ car! It is commendable how the team has managed to pull off this project with limited access to high end software and technology. Young engineers and technicians in the team have shown real calibre by getting this masterpiece ready in less than three weeks!” He further added, “A rear engine, rear wheel drive car is tremendously different in terms of its performance as compared to our conventional front-engine, front wheel drive race cars. With the rear wheel managing the acceleration, the front wheels have more freedom to turn the car sharply and quickly, thereby enhancing its dynamic performance to a great extent.” 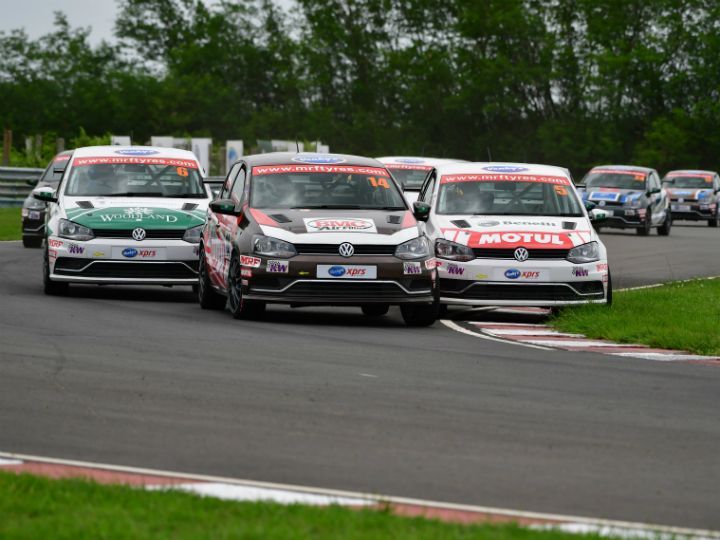 So what do you think of the Volkswagen Motorsport India’s latest track weapon? We think it’s quite cool that a team of Indian engineers have been allowed to conduct its own research and development from scratch in a bid to produce potent track weapons. We can’t wait to see the car in action at this year’s Ameo Cup rounds in race tracks in Coimbatore, Sriperumbudur and Greater Noida. 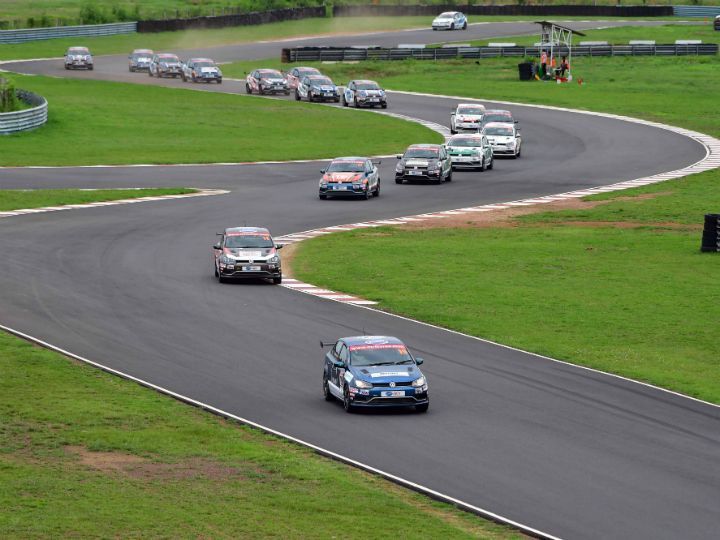 Speaking of the Ameo Cup, the team has announced that the cars have received minor tweaks for the new season. Additionally, it has already conducted the driver selection process for the 2019 season. The new season will begin with pre-season testing and fitness camps in June followed by plenty of action at Kari Motor Speedway, Madras Motor Race Track and the Buddh International Circuit. Stay tuned to Zigwheels as we’ll get you all the updates from every round of the new season.

Triumph Tiger 800 XCa vs XCx: What More Do You Get?