We were the first ones to spot the KTM RC 125 test mule on our roads. The bike was spied again quite recently and our sources have now revealed that the motorcycle is set to make its India debut in June. However, bookings are yet to commence. The primary reason why KTM is bringing the bike to India could be because of the KTM 125 Duke’s success in the domestic market. Despite being priced at over a lakh rupee, which is pretty high for a 125 when you consider the price-conscious nature of the Indian two-wheeler market, the naked motorcycle tallied more sales than all the other KTMs combined! As far as prices are concerned, expect the RC 125 to command around Rs 1.4 lakh (ex-showroom).

The RC 125 is essentially the faired iteration of the 125 Duke. Apart from the fairing and aggressive ergonomics, you also get projector headlamps when compared to the Duke. Once launched, it will be the most affordable faired bike from KTM. It will rival the Yamaha YZF-R15 Version 3.0 in India. 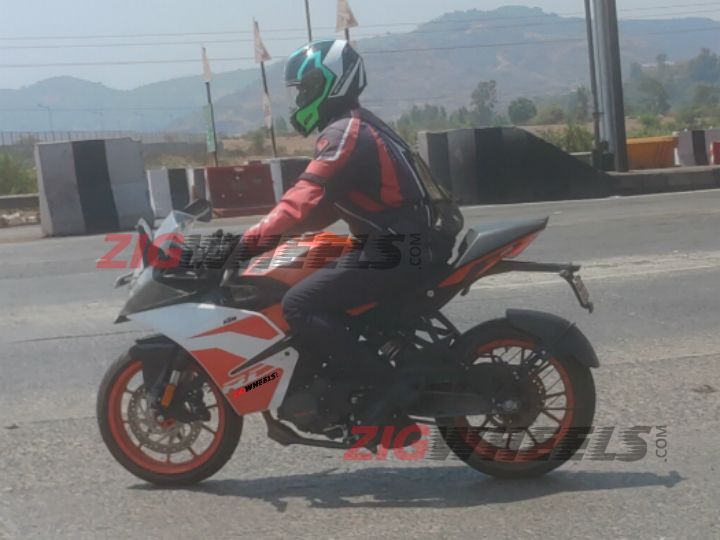 Compared to the model sold abroad, the India-spec bike features an underbelly exhaust as opposed to a side-slung unit. The RC 125 shares the same engine as the 125 Duke. This 124.7cc single-cylinder powerplant, which works in conjunction with a 6-speed transmission, generates 14.5PS and 12Nm.

Suspension bits include 43mm inverted forks and a monoshock, both from WP. A 300mm front disc with radial caliper and a 230mm rear disc bring the bike to a halt. In all likelihood, KTM will provide the RC 125 with a single-channel ABS, just like its naked sibling. Since the fairing design and mechanicals are similar to its bigger brother, the RC 200, this motorcycle is likely to weigh the same - 160kg (kerb). Stay tuned for more updates!