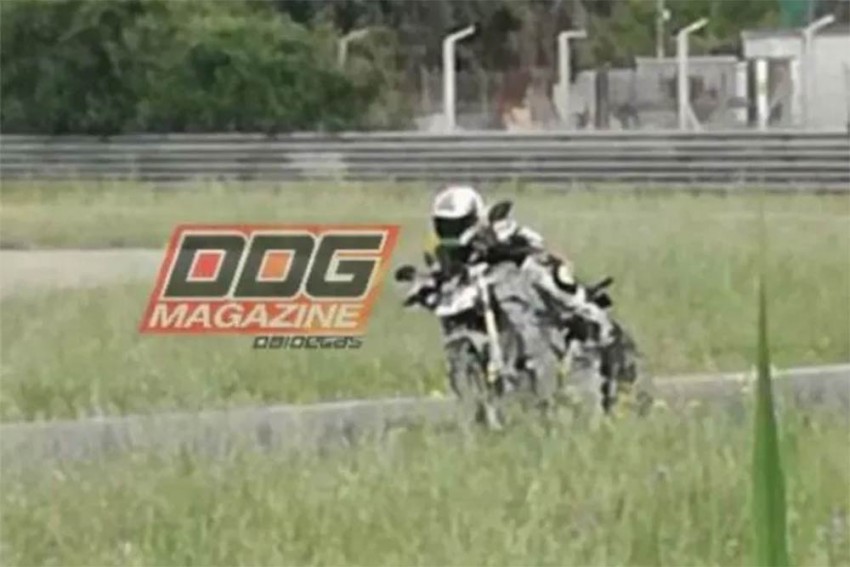 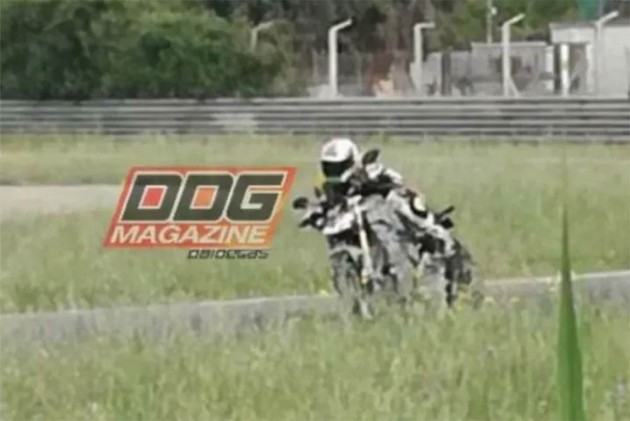 Will Ducati make the Streetfighter V4? This was a highly debated question among the biking fraternity. Even Ducati’s CEO added fuel to the fire by hinting at a possible street naked version of the flagship Panigale V4. Well, now we know that the Ducati Streetfighter V4 is coming for sure, thanks to a camouflaged test mule being snapped while testing. From the grainy images, we can make out that the bike has the Ducati Panigale V4’s headlamp sans the fairing. The bike does have a fairing below the fuel tank though. Even the sharp tail lamp resembles the Panigale V4’s. Like the Panigale V4, this test mule too gets an underbody exhaust. Of course, instead of clip ons, the bike has flatter handlebars, for a slightly comfortable riding stance. Overall, Ducati has adapted a similar approach as Aprilia did for the RSV4 and Tuono. While all that can be gauged from the images, important stuff like the motor and electronic features are open for speculation. One thing is for sure though. The Streetfighter V4 would get the Panigale V4’s 1103cc motor. However, for road use and as is the norm for streetfighters based on their faired counterparts, power is expected to be detuned and more accessible throughout the rev range. Given that the Panigale V4 makes 213PS, we expect the Streetfighter V4 to make 180-190PS. That should be enough to have its closest competitor, the Aprilia Tuono 1100, break a sweat. Also, considering the fact that 180PS-plus power figure will need a lot of safety nets, we expect the Panigale V4’s electronics to be carried over to the naked V4 as well. The suspension and tyre setup too is expected to be shared between the two. The Pikes Peak Hillclimb has been a special event for Ducati and there is a strong possibility that a running prototype might compete in this year's event starting on 24 June. That could be followed by an official unveil in November, just before EICMA. Stay tuned as we keep a lookout for clearer images of this elusive naked V4.