Audi Q4 e-tron Concept Revealed; Has A Range Of Over 450km

Unveiled at the 2019 Geneva Motor Show, the Q4 e-tron will enter production by the end of 2020

A year after Audi showcased its first electric production car, the e-tron, the German carmaker has now revealed the Q4 e-tron SUV concept at the 2019 Geneva Motor Show. Slotted between the entry-level Q3 and the larger Q5, the production version of the Q4 e-tron concept will go into production by the end of 2020. Based on VW Group’s Modular Electrification Toolkit (MEB) platform, the Q4 e-tron concept borrows some of its design cues from the larger e-tron SUV. The Q4 e-tron is 4590mm long and has a wheelbase of 2770mm, which makes it as long as the Land Rover Discovery Sport and slightly smaller than the Q5. Audi has hinted that the production version of the Q4 e-tron concept will be pretty similar to concept showcased today, and we expect most of the design elements to be carried forward as is. 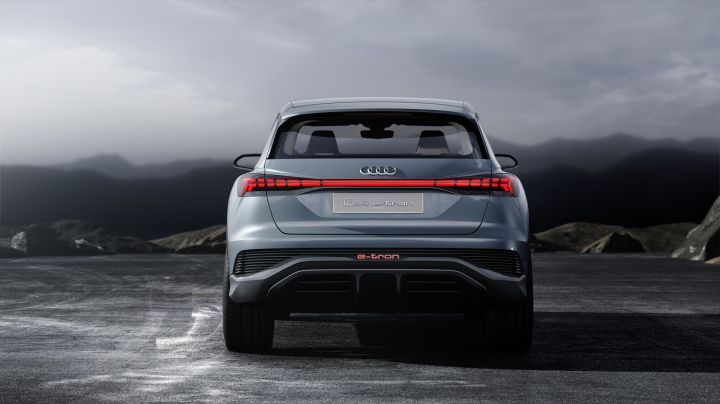 It gets the Singleframe octagonal grille at the front, flanked by unique matrix LED headlights at the top and huge air vents at the bottom. It has a wide stance with muscular wheel arches that house massive 22-inch alloys. At the rear, it gets sleek tail lights connected by the signature light band, seen on the e-tron previously. Exterior highlights include the unique ‘Solar Sky’ colour scheme which has been exclusively developed for the concept. This reflective paint scheme helps keep the car cooler under extreme temperatures. 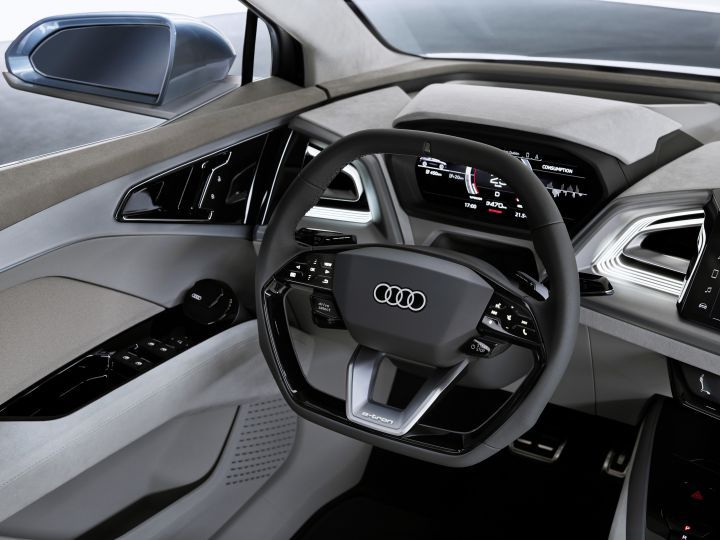 The Q4 e-tron gets two motors that power the two axles, with a combined output of 302PS and 460Nm of torque. The battery pack is rated at 82kWh, and Audi claims that the Q4 e-tron has a range of over 450km on a single charge. It will come equipped with fast charging capabilities as well, with an 80 per cent recharge time of just 30 minutes. It is capable of doing a 0-100kmph run in 6.3 seconds and the top speed is limited to a decent 180kmph. On the inside, the Q4 e-tron features Audi’s virtual cockpit display with a 12.3-inch touchscreen in the centre console and acres of space. It also gets environment friendly ‘vegan’ interiors with the floor cover made of recycled materials. In addition, there is a large-format head-up display with an augmented reality feature for the driver, making the interiors futuristic yet highly functional. 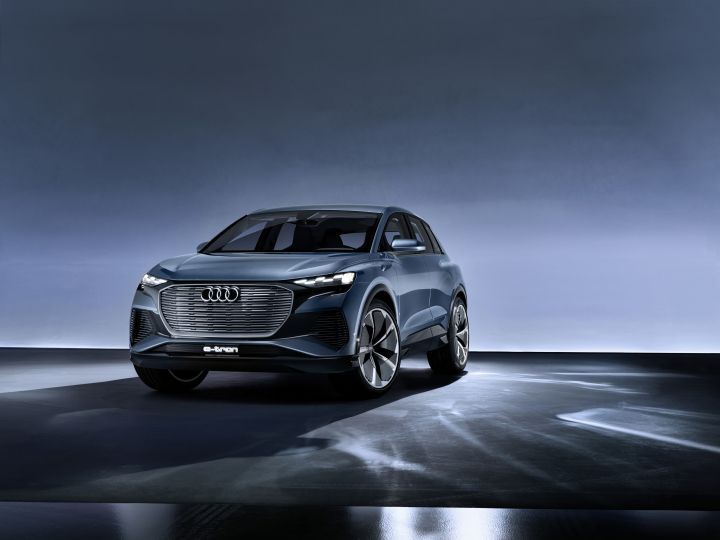 The Q4 e-tron will join the likes of the e-tron SUV, the e-tron Sportback and the e-tron GT, in Audi’s lineup of EVs to be launched by 2020. This will be followed up next by the Q2L e-tron, which will most likely be exclusive to the Chinese market and will be showcased at the 2019 Shanghai Motor Show.