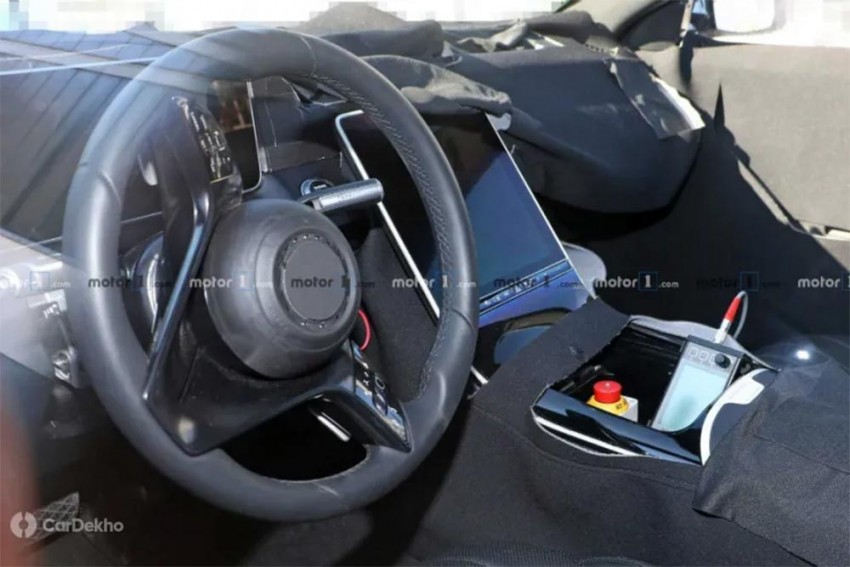 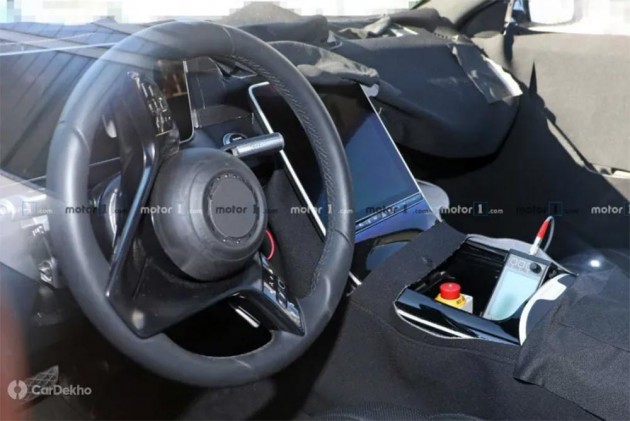 The German luxury carmaker Mercedes-Benz is working on the next-generation of its flagship model the S-Class and now we have some spy shots of its interiors. Though the cabin is mostly covered up, the test-mule that was spotted did reveal some elements of interest.

It’d appear that Mercedes is taking a leaf out of the books of electric car companies like Tesla and fitting massive screens in the centre console to replace various button-operated functions. The new screen dominates the console space of the upcoming W223, but it seems smaller than the 17-inch unit found on the Tesla Model S. It appears to have thicker bezels too along with some buttons under it which we expect to be touch-sensitive as well. The instrument cluster is digital too and appears to be similar in design to the current 12.3-inch display. 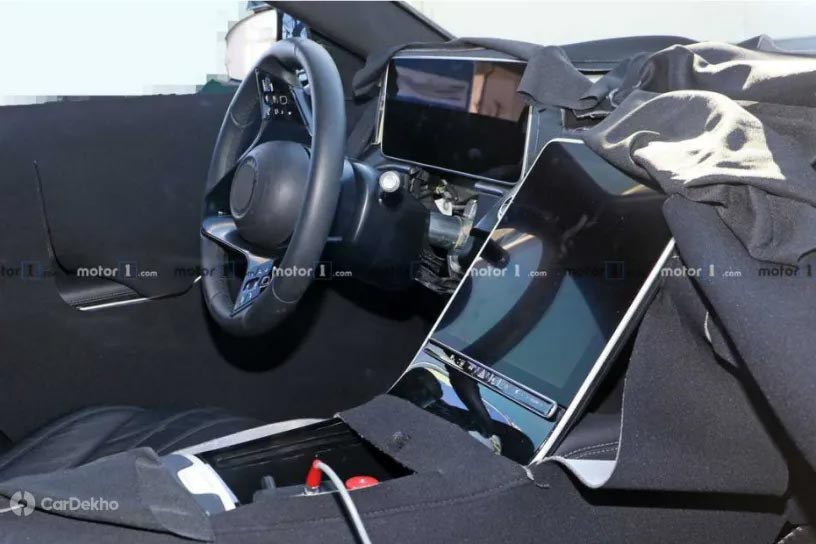 The new setup looks a lot different from what’s seen on the current S-Class. It features a connected screen setup placed behind a single glass housing. While the first screen functions as a digital instrument cluster, the second screen offers infotainment functionality.

The rest of the dash is covered and not much else is visible. Moreover, a test-mule steering wheel doesn’t offer any hints either. The new Mercedes-Benz S-Class long-wheelbase-only W223 is expected to enter production in 2020 which may be launched in India soon after its international launch. The last update was the 2018 facelift for the S-Class. 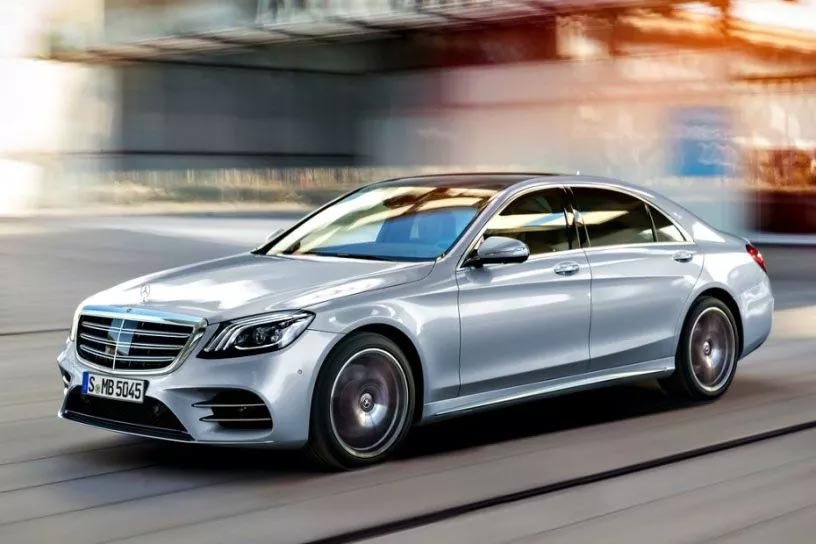 In terms of expected powertrains, the seventh-gen S-Class will come with a range of plug-in hybrid variants and perhaps an all-electric model which would be sold by the EQ electric car sub-brand as the EQ S. The two cars are however expected to be built on two different platforms. While the regular model is expected to be based on the MRA platform, the EV is likely to be underpinned by the new MEA (Modular Electric Architecture) to house batteries on a flat floor. The expected all-electric range from the PHEV S-Class will be 100km.

Mercedes is likely to showcase an updated design language with the new S-Class which would then trickle down to subsequent generations of the other cars in its lineup. Stay tuned to CarDekho for more updates. The new-gen S-Class will likely be even more advanced than rivals like the Audi A8 and BMW 7 Series.