2019 Aprilia All Stars - 5 Motorcycles That Left Us Starstruck 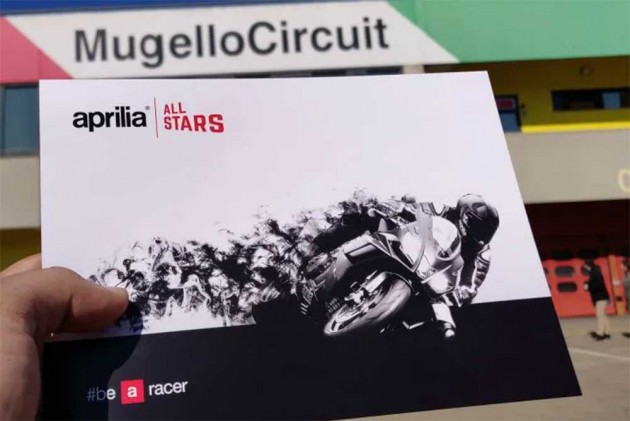 Italians are generally known to be quite passionate people. Passionate about their food, passionate about their drink and, more importantly, passionate about their automobiles. The emotions that their creations evoke are nothing short of heart-stopping. So we got to witness a bit of the fanaticism of Italian machines as we made it to the first edition of the Aprilia All Stars event at Mugello. And while we loved absolutely almost all of the two-wheelers on show, here are five bikes that stood out. 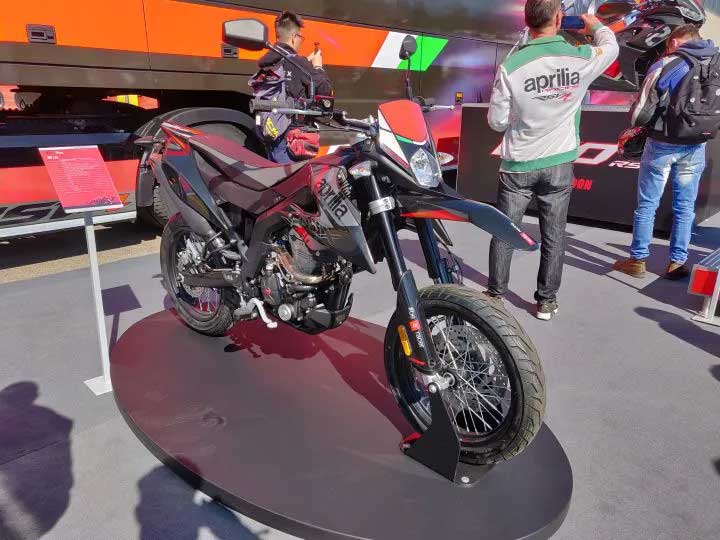 It might be one of the smallest motorcycles made by Aprilia but just by swinging a leg over it, we were sure that this would be one hoot of a motorcycle. A small capacity single-cylinder supermoto which weighs just 134kg is definitely going to be one hooligan machine. Aprilia India is already contemplating bringing the RS 150 and the Tuono 150 to India. We just wish that we also get an SX 150 to India as well. 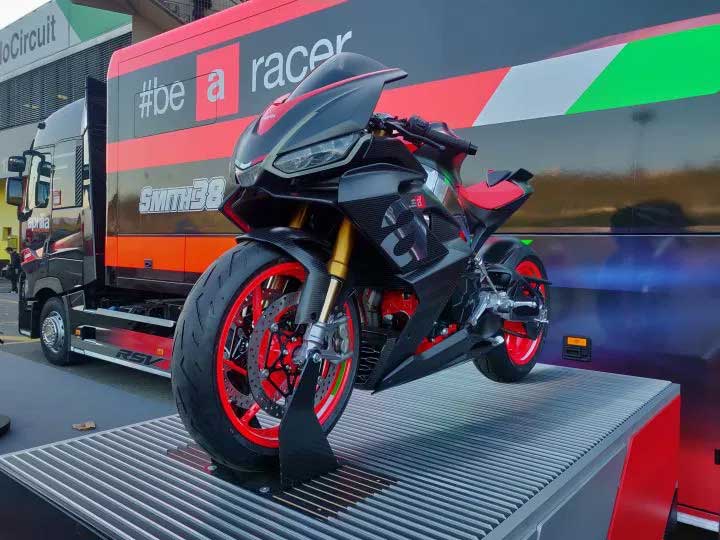 The next evolution of Aprilia’s sportbike legacy comes in the form of the Concept RS 660. This mid-spec supersport machine is Aprilia’s offering to bring in more enthusiasts into the folklore. 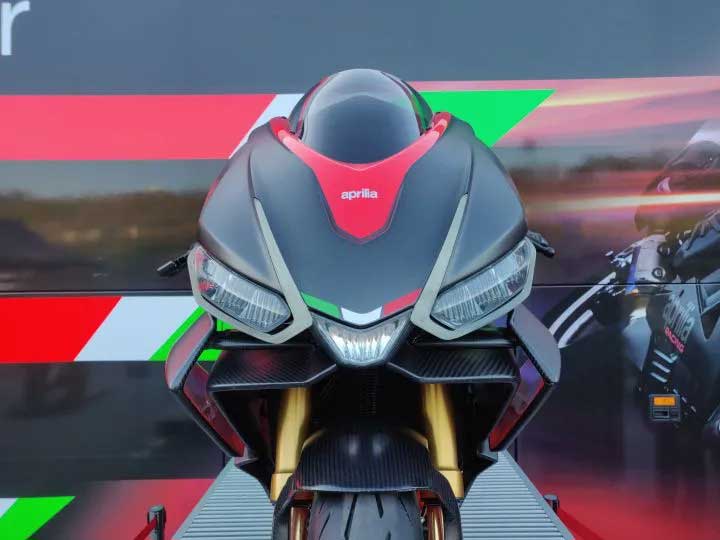 But the reason it stood apart from the other road-going full-faired Aprilias is that the RS 660 looks just so smashingly sweet. The next gen aerodynamics has the winglets neatly integrated and it doesn’t stick out like a sore thumb. Additionally that sleek tail looks just stunning. 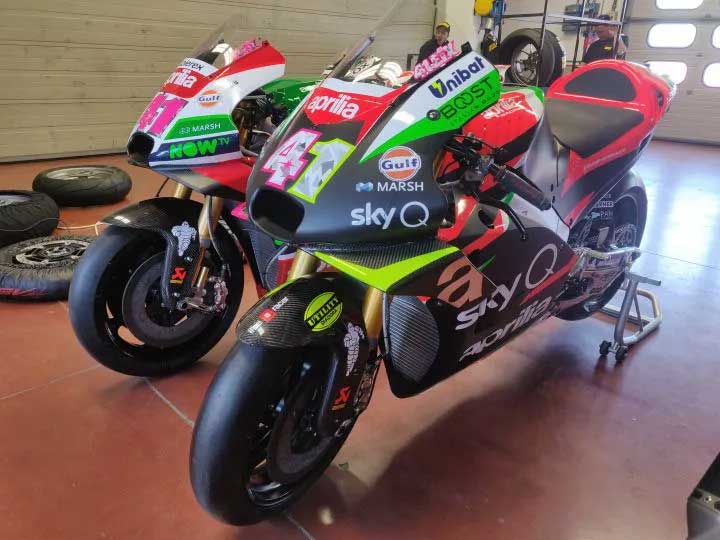 MotoGP motorcycles are the pinnacle of two wheel evolution. Even though Aprilia is a young player in the championship, it has always found itself to be consistently bagging strong points finishes in the past few years. The bikes pictured above are the 2018 (background) and the 2019 (black colour) racers. 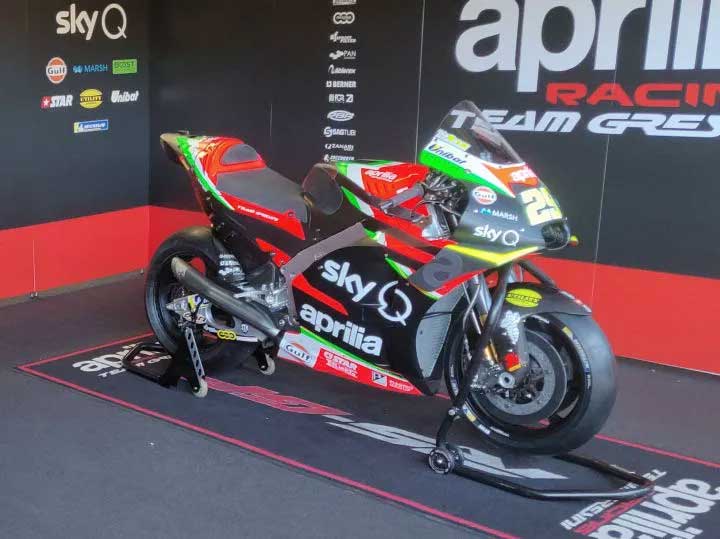 Gulf Oil has been Aprilia's partner in WSBK for a few years now and has joined the MotoGP effort in 2019. With a strong rider line-up of Aleix Espargaro and Andrea Iannone, the team’s 2019 campaign looks to be a strong one. 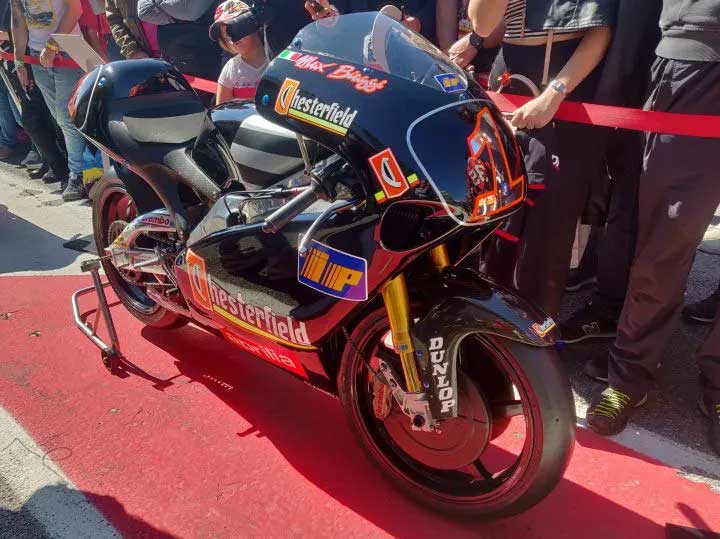 Two stroke race machines are always a delight to watch. Especially when it is one of Aprilia’s favourite sons, Max Biaggi, and his 250cc championship winning RS250 from 1995. You see Max was the big thing from Italy in 1995. He won the world championship in convincing fashion winning 8 races out of 13, finishing on the podium in another 4 races. His only non-podium finish was in Japan where he finished 9th. We were lucky to see the bike fired up in Mugello with a thick cloud of two-stroke smoke spewing from the exhaust. Sadly Biaggi could not ride past the pit exit as the bike coughed and sputtered out. 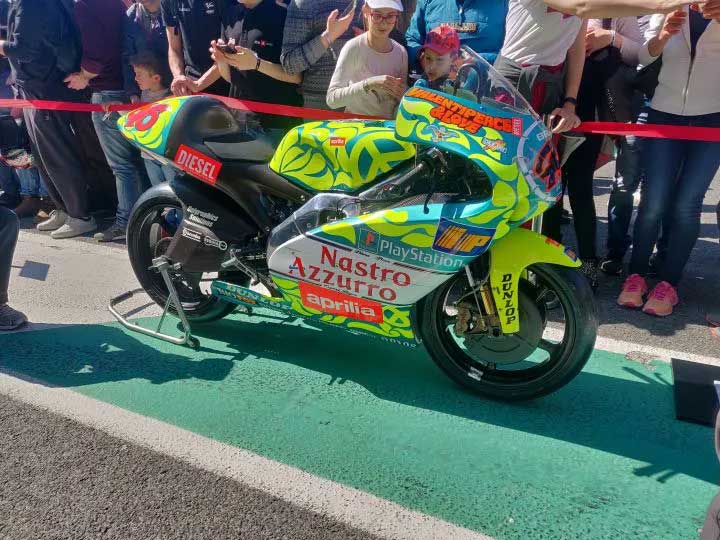 There are just so many reasons why this bike is the most important one of them all out here. But none which quite sums as much as “This is the frickin’ bike that Valentino Rossi won his 250cc World Championship on!” ’Nuff said. 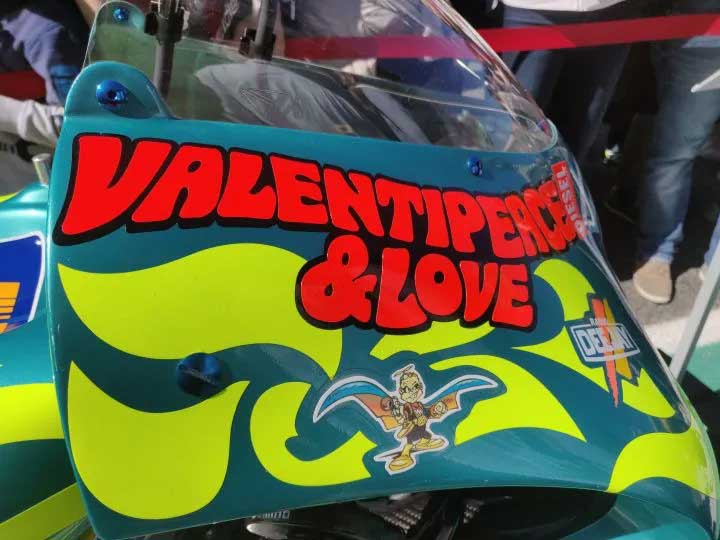 Rossi began his MotoGP career on an Aprilia winning the 125cc as well as the 250cc championships for the Italian manufacturer. 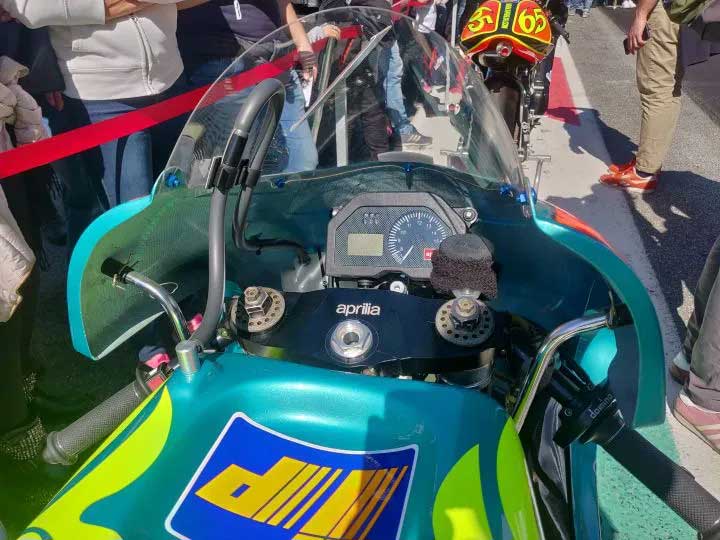 He joined the 250 class in 1998 and won the championship a year later on this very RS250. He went one better than Biaggi as Rossi won 9 races that year. 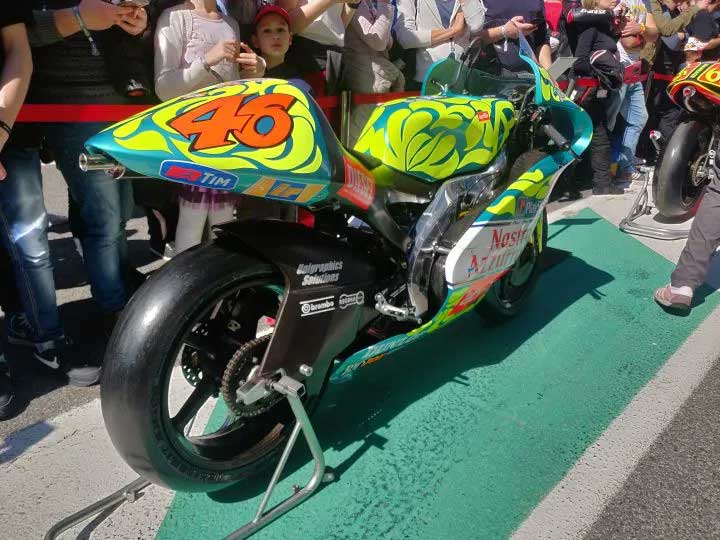 He would then leave Aprilia for a seat in the 500cc class with Honda. Even though he rode for Ducati later in his career, it is only at Aprilia where Rossi has won any races for an Italian manufacturer.