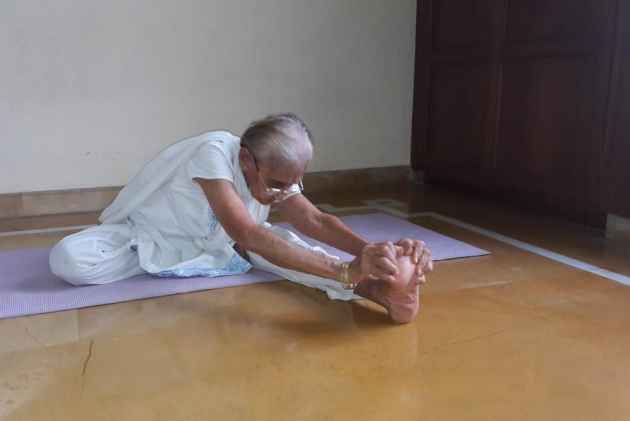 The International Yoga Day might have just passed by, but netizens who stumbled upon Saraswati Bhat are in for an inspiring hangover. As the yoga practitioner’s 89th birthday coincided with the June 21 worldwide celebration of India’s ancient breathing techniques, the diminutive woman from southern Karnataka threw out some serious fitness challenge to the younger generation—in running visuals. The upload of her Yoga and Hula-Hoop video has made viewers far and near the veteran much more than a darling.

A resident of Mangalore, Saraswati seemed to be at ease as she stretched out forward to pose Janu Shirasan, Ardha Mathsyendrasan or Sarvangasan—all of which can be testing even for those in best of health. Irrespective of the hype around World Yoga Day, it was only a matter of routine for the woman who has practised the physical-mental discipline for the past eight decades. “I am not formally trained in yoga,” she says, but the woman had been learning the art from the age of eight, observing her father Manippady Krishna do it routinely. “Over a period of time it became a matter of my lifestyle.” 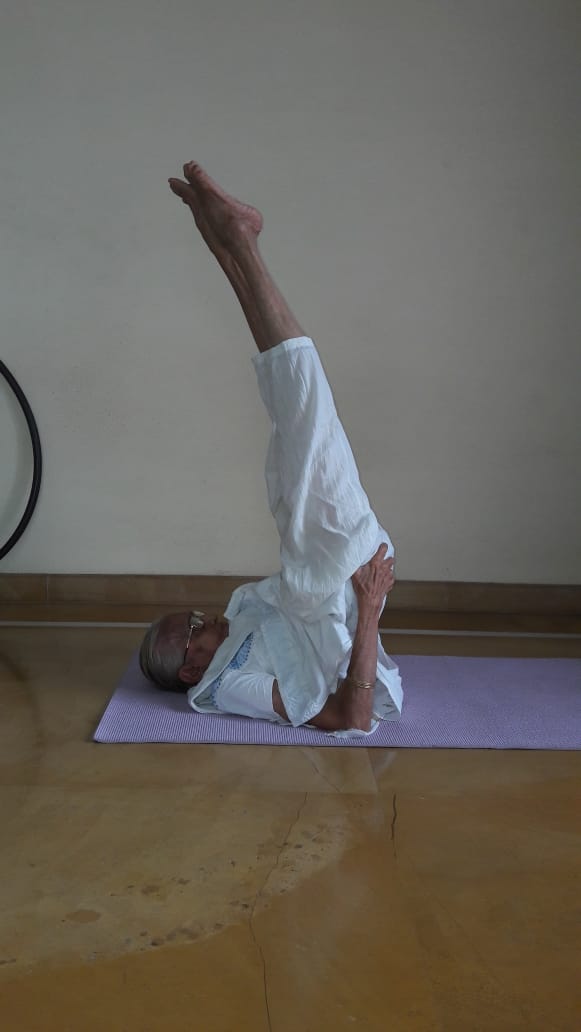 Yoga is the first thing on this octogenarian’s mind as she begins her day at 5 AM. It’s a meditative 90-minute session with anti-stress lessons from Pranayama and Sudarshanakriya. “In between my routine, I sometimes enjoy playing with Hoola-hoop rotation around my waist,” she says. In the evening, Saraswati also takes another round of meditation “to relieve myself from the day’s stress”.

Always ready with a smile, Saraswati has been an inspiration for all of all her five children, says her daughter Vinaya Poornima. “All five of us doctors, and inspired by my mother we along with our children have taken up Yoga practice seriously,” she points out. “When it comes to our extended family at least 100 people now practice yoga. All of them are inspired by my mom,” she says. A recent addition to this yoga family is four-year old Vibhu Bhat, the great-grandson of Saraswati.

According to a member of the family, Sawaswati’s regular practice of yoga has given her an “unparalleled immune system” for her age. Adds Vinaya: “She has barely fallen sick to common cold or fever, about twice or thrice in her entire lifetime. Even at this age she neither has diabetic or blood-pressure issues.” 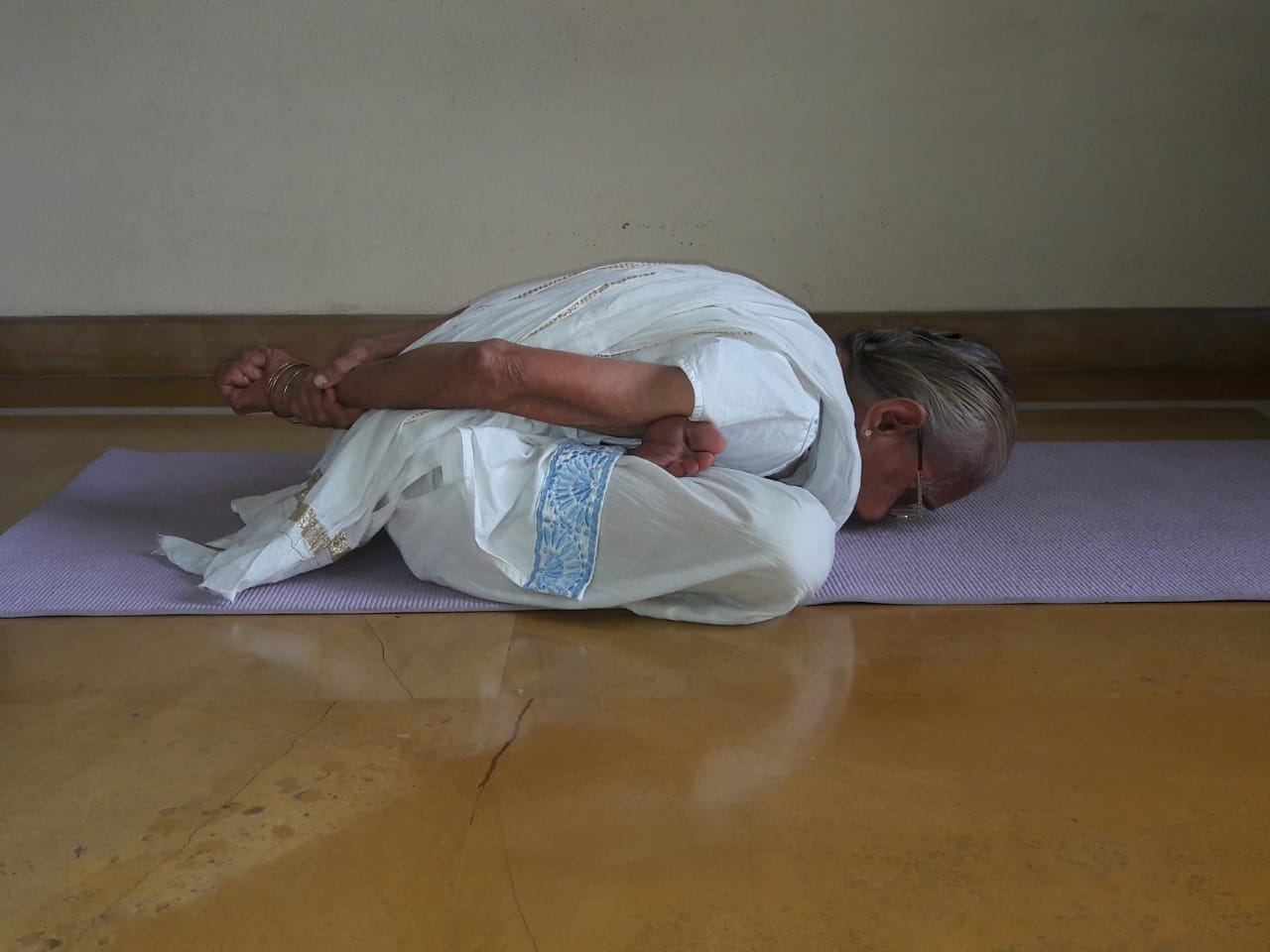 Vinaya recalls that Saraswati, while she was in 70s, was once diagnosed for brain hemorrhage. At the operation theatre, the neurosurgeon, to his pleasant surprise, saw the patient’s brain and blood vessels without any clots or blocks—remarking that they seemed to be of a 16-year old. In fact, the doctor, A. Raja, proposed to write a paper linking how regular practice of yoga can have a lasting effect on the practitioner’s organs, Dr Vinaya says.

Known for her calm and cheerful personality, bespectacled Saraswati was formerly a social worker at a Mahila Mandal at Konaje in Mangalore. She says her orientation, encouragement for service mindset was due to her late husband and freedom fighter Sowekudel Mahabaleshwar Bhat.

Though, Saraswati continues to practice yoga regularly, a falls she had a few years ago has caused a dislocation in her shoulders, which has limited her from performing certain asanas. Nonetheless, she continues to inspire people.

On being asked of her ‘secret diet’ if any, Saraswati claims she has her regular vegetarian diet with meals of rice, rasam and thambuli (a kind of the buttermilk raita). “It’s another matter,” adds Dr Vinaya in jest, “amma’s diet goes for a toss when it comes to mangoes.”