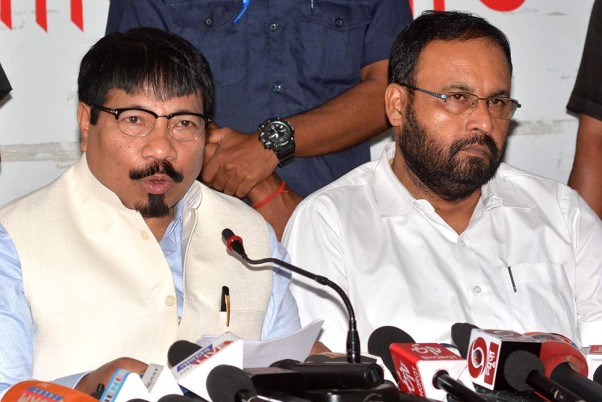 As the state assembly polls in Assam near, the Asom Gana Parishad (AGP), the alliance partner of the ruling BJP-led combine in Assam declared its first list of eight candidates.

Newcomer Prithviraj Rabha would contest from the prestigious Tezpur seat, said AGP general secretary Ramendra Narayan Kalita as he announced the candidates for the first phase of polling on March 27.

Veteran AGP leader and five-time MLA Brindaban Goswami was denied ticket and replaced by Rabha, who was inducted into the party fold during the day.

AGP president and state minister Atul Bora will contest from Bokakhat, while his cabinet colleague and working president of the party Keshab Mahanta will be in the fray from the Kaliabor constituency.

The party currently has 13 MLAs in the 126-member Assam Assembly, which is going to polls in three phases.

Meanwhile, AIUDF MLA Aziz Ahmed Khan from Karimganj South constituency also joined the AGP on Sunday after news spread that the opposition party has reportedly left the seat to Congress as part of an understanding in the Grand Alliance.

Polling for the Karimganj South assembly constituency will be held in the second phase on April 1. The third and the last phase of assembly polls will be held on April 6.