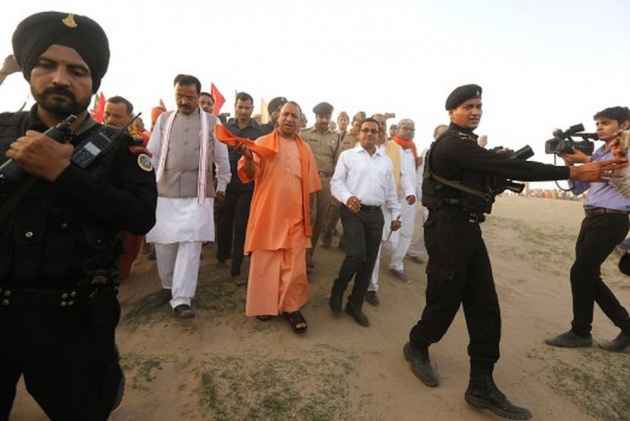 Just days after the death of over 60 children in Gorakhpur medical college, Uttar Pradesh Chief Minister Yogi Adityanath has directed preparations for a “grand Krishna Janmashtami celebration” in the state, according to a report by news agency IANS.

The move has invited much ire as the whole country is mourning the incident which has been seen as a result of criminal negligence on part of the authorities.

The children reportedly died at BRD Medical College Hospital since August 7 for want of oxygen, the supply of which was allegedly disrupted after bills were not paid to the vendor. Adityanath was particularly accused as Gorakhpur is his hometown and parliamentary constituency.

IANSreports that the Adityanath has issued a communique late on Sunday to the Director General of Police (DGP) Sulkhan Singh directing that the police should organise Krishna Janmashtami, which comes on Monday, in a grand way.

A statement from the state Department of Information and Public Relations (DIPR) said such celebrations that had been done away with earlier, were being revived.

Following the diktat, DGP Singh has written to all district police chiefs, superintendents of police in the Railways and commandants of the Provincial Armed Constabulary (PAC) to adhere to the instructions, the report adds.

Earlier in the day, while refusing to take suo motu cognisance of the incident, the Supreme Court had observed that the CM Adityanath was personally taking interest in the matter.

The apex court observed that the authorities were handling the situation and the grievances, if any, have to be raised before the high court concerned.

Though the state government had on August 12 ordered an official inquiry by the chief secretary, the police had said no case has been registered so far in the absence of a formal complaint.