The apex court asked the lawyer, who mentioned the plea, to move the High Court in the matter. The plea had also sought an SIT probe into the matter. 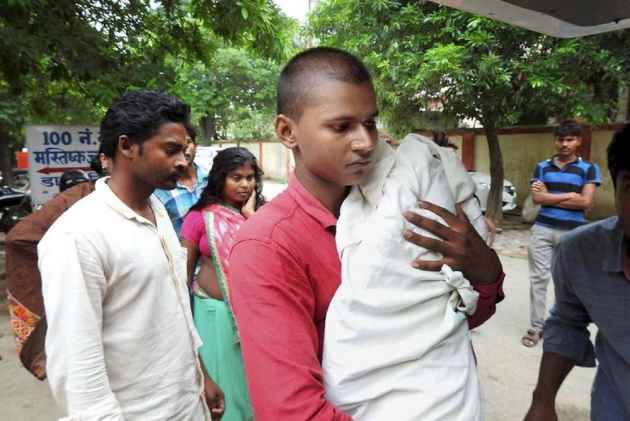 On Monday, the Supreme Court refused to take suo motu cognisance of the deaths of children at Gorakhpur's BRD hospital in Uttar Pradesh.

The apex court asked the lawyer, who mentioned the plea, to move the High Court in the matter. The plea had also sought an SIT probe into the matter. CJI Khehar said that the CM Adityanath was personally taking interest in the matter.

The bench comprising Chief Justice J. S. Khehar and Justice D. Y. Chandrachud asked the lawyer, who mentioned the issue before it, to approach the Allahabad High Court with his grievances.

The lawyer has also sought an SIT probe into the deaths of children at the Baba Raghav Das Medical College (BRD) hospital in Gorakhpur.

The court observed that the authorities were handling the situation and the grievances, if any, have to be raised before the high court concerned.

Over 60 children have reportedly died at BRD Medical College Hospital since August 7, many for want of oxygen whose supply was disrupted after bills were not paid to the vendor.

At least 30 children were reported dead in the last two days alone. Many of the victims were infants who perished in the neo-natal intensive care unit.

Police had said no case has been registered so far in the absence of a formal complaint.

The state government had on August 12 ordered an official inquiry by the chief secretary and suspended the principal of the Medical College Hospital Rajiv Mishra.

The deaths set off protests in the national capital even as Congress demanded that a murder case be registered against those whose negligence resulted in the "massacre".

Adityanath, who visited the hospital yesterday, however, counselled against politicising the tragedy.

Meanwhile, Kafeel Khan, who was the nodal officer for the paediatric department at the hospital, who was hailed as a hero for reportedly spending money from his own pocket to buy oxygen cylinders at the height of the crisis, has been divested of the charge.