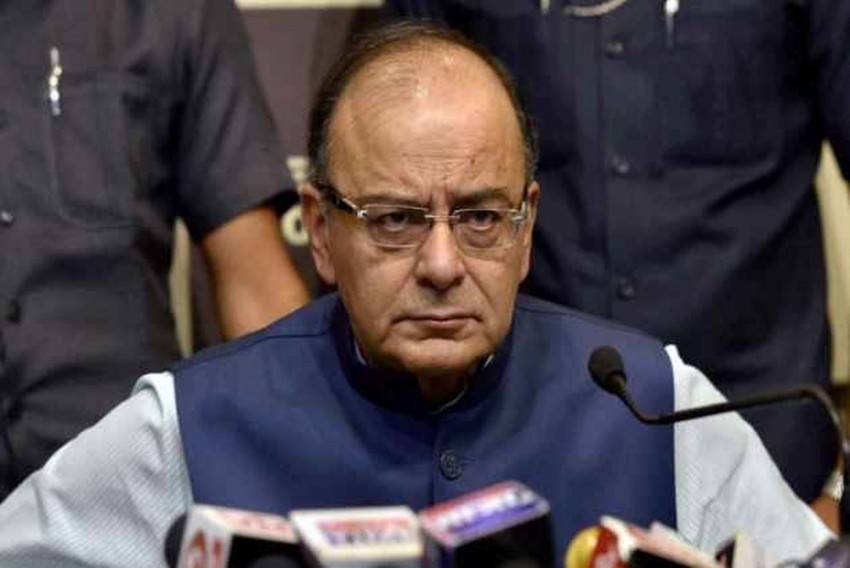 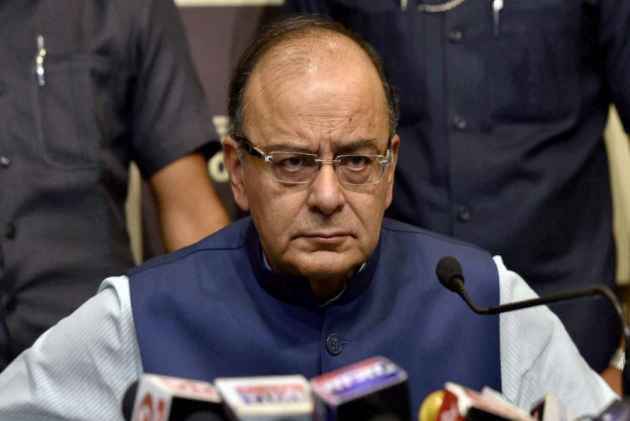 Criticising Union Finance Minister Arun Jaitley over imposing a "deeply flawed" Goods and Service Tax (GST), BJP veteran Yashwant Sinha today said countrymen can rightly demand he quit for the hardships caused and also felt he is a "burden" on the people of Gujarat.

Jaitley is a Rajya Sabha member from Gujarat.

Sinha, who has been criticising the Modi government's economic policies, during an interaction with reporters here, also alleged that the GST was rolled out without giving due consideration to each and every aspect.

Sinha was invited to poll-bound Cujarat by the activists associated with 'Lokshahi Bachao Andolan' (Save Democracy Movement) to share his views about the current state of economy and impact of demonetisation and GST.

"Our finance minister is not from Gujarat, as he was elected to Rajya Sabha from here. And, he is a burden on the people of Gujarat. If he was not elected from here, a Gujarati would have got the chance," Sinha said while responding to a question.

Sinha said the finance minister believes in only one rule, "that is 'chitt bhi meri patt bhi meri', means heads I win, tails you lose."

The minister takes credit for everything, even if something is not implemented properly. If proper attention was paid while fixing the GST rates, such "anomalies and anarchy" could have been avoided, Sinha said.

"He cannot take credit for imposing on the country a deeply flawed tax system, and people of this country are well within their right to demand that he should lose his job," the veteran leader said.

On Jaitley's earlier remark that Sinha is looking for a job at the age of 80, Sinha, who insisted that he is not part of any 'Margdarshak Mandal', said he is still fit unlike those "who give their speech while sitting", an apparent reference to Jaitley, who had sat down in between his budget speech due to health reasons.

"People who give their speeches in sitting position are talking about my age," he said.

Without taking any name, Sinha said attempts were made by some people to create a rift between him and his son- Minister of State for Finance Jayant Sinha.

"Though some people had made attempts to create a rift between us, they did not get any success," Sinha said in a reference to the political storm that erupted after his article, criticising the Modi government over the state of economy, was published in a newspaper in September.

"Go back in history and you will find that Jaitley himself had said that we will progress towards a single tax structure. That is what he had said. But when others are saying it, it is childish, and when he said it, it was mature," said Sinha.

The BJP veteran also claimed that the decision of demonetisation has failed to serve its purpose. He also accused Modi of shifting goal posts.

"There is still a question mark on the success of demonetisation. Be it black money, or fake currency or eliminating terrorism, all these problems are still there."

"I believe that GST is an effective tax system, that is the reason why I, too, promoted it when I was heading the Finance Ministry. But the way GST was implemented now, it only increased the hardships of the people," he said.

He even suggested to form a committee under the guidance of GST architect and former chairman of 13th Finance Commission, Vijay Kelkar, to find out the flaws and include the suggestions of that committee in the next union Budget.

More Than 1 Lakh Jobs Have Been Created In The US By Indian Companies, Says CII Report