Taking art out of the conventional gallery space and embedding it within the cities we live in. 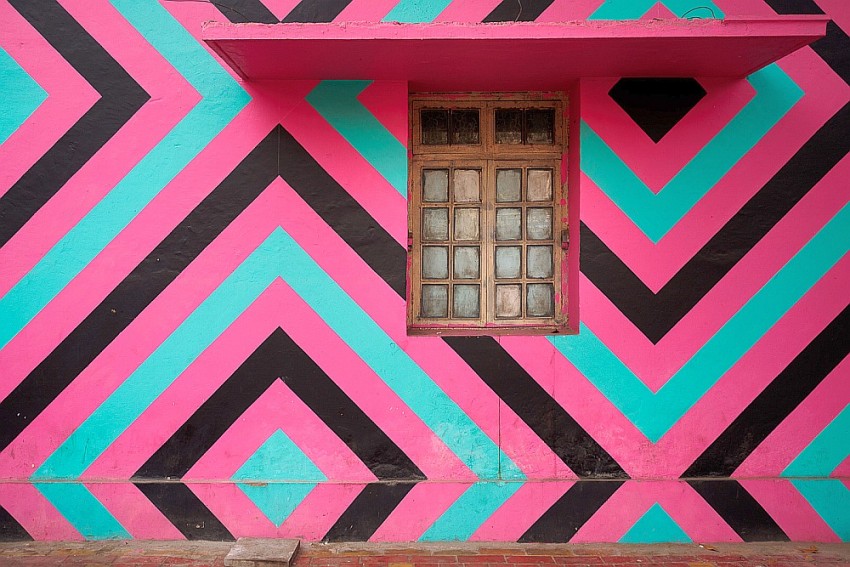 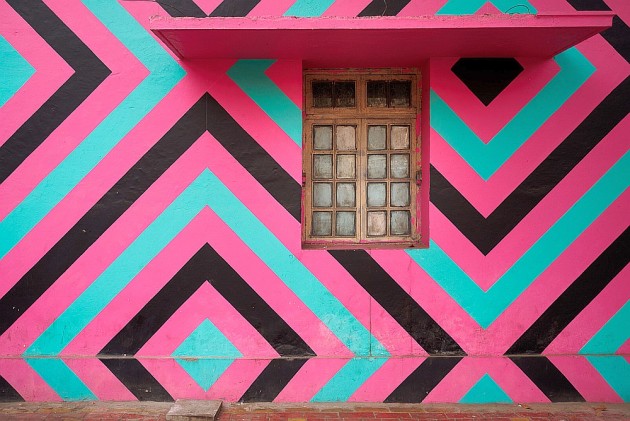 It's spring in Delhi. Veins of bougainvillea arch over gates, dead roses wilt over pots in gardens. On the steps of the Metro station teenagers sit absorbed in conversations and dogs lick their newborn litter. Life in this mad city is blooming, despite the increasingly absurd headlines and problems that cannot really go away any time soon.

And in the middle of all the chaos, there is art. Art snarling out of flat walls. Art both at its friendliest and most psychedelic. Just go on a stroll around the neighbourhoods of the Lodhi colony and see what I mean.

In December St+Art India began the 2016 Delhi Street Art Project. They promised to turn the area between Khanna Market and Meherchand Market into an 'open-air art gallery'. Lodhi colony and Okhla are the two neighbourhoods of Delhi that were chosen for the project this year. In the past the same has been a part of Shahpur Jat, Connaught Place, Khirki and Hauz Khas. Similar projects have also happened in Bangalore.

St-Art India describes itself on its website as 'a non-profit organization' whose aim 'is to make art accessible to a wider audience by taking it out of the conventional gallery space and embedding it within the cities we live in'. But while 'making art truly democratic and for everyone' is part of their tagline, whether it is always the case remains to be argued since many installations, especially a ghoulish figure drawn on a wall opposite Select City Mall have raised criticisms of being utterly unrelatable to most people who live around the art. But this year's festival at Lodhi Colony sets such fears to rest.

'WE LOVE DELHI' cries out a panel from one of the walls that came out of a collaboration between the Paris-based duo Lek and Sowat and author Hanif Kureishi. When contacted, the artists were prompt about their concern for relatability: "We didn't want to necessarily do something for the urban arts blogs. We wanted ordinary people to relate to the work since they will be the ones living with it. We wanted people to see the wall, park their cars and take pictures of themselves in front of it." It has already achieved more than that. Last evening children were playing in front of it and every third walker clicked on their phone. If you have trouble finding it, ask the autowallah. They all know where the next painting is and give directions with great enthusiasm.

The art has already been absorbed into the landscape—and why wouldn't it be. Sowat explained how they arrived at the exact shape: "Initially, we wanted to write something in English but having spoken to Hanif, we figured it didn't make much sense, so we decided to write something in Hindi. The day before we began, we met him by the wall and started to brainstorm. We wanted to write something about Delhi so that people driving by the wall could relate to it. Talking with the kids living nearby, we finally settled for 'we love Delhi'" But that phrase is not the only script on the wall. It is a chaos of colours—streaks, splashes and half-visible letters in block colours.

How did that come about? "Hanif built the chiseled type on his computer. Then, for two days, I covered the wall with tags mixed with Sanskrit movements that Lek then half-erased with water. The idea was to use as many colors as possible like for Holi. We wanted to make colour rain in a way while giving the impression that we had used a weird type of Hindi dialect. Once that was done, Hanif painted his type on top of our composition. Lek then finished it and added a few colours. His lines blended with our composition. Finally, we asked Hanif to invite the painter Kafeel to sign the wall for all of us."

Right now, sprawling across the cut-out spaces on the 40s-style central government residential quarters are giant sparrows, pink surrealist crocodiles and in one case, a spectacular gold-bordered installation made out of myriad animal-human faces. This last piece is called Vishwaroopa, and it is certainly one of the most arresting of the lot. It was created by the Bombay-based artist Harshavardhan Kadam, who signs his works as 'inkbrushandme'.

When asked about the inspiration behind the piece, Harshavardhan called Vishvaroopa "a manifestation of all matter in the universe, whether micro or macro; animate or inanimate, embodied in omni Vishnu. This interpretation of Vishvaroopa marks the beginning of 18-day battle of the Mahabharata when Krishna reveals his swaroop in front of Arjuna."

And the relevance of the myth to contemporary Delhi?

"The space had a potential to freeze this moment which happened in time unknown. We all are in our own conflict with time like Arjuna was. The intent was to create a moment wherein viewers and passers-by are given a chance to become part of that moment."

Although the focus was on the ability of the space to freeze and become timeless, the art itself, barely a day old, is already under a thick layer of dust. It is interesting that Harshavardhan, at least, is blissfully unconcerned about the fate of the piece.

"The process of making an artwork alive in a public space is like meditation. It's always a magical experience for me. I take what the process gives me and give back what I can. That's why I'm detached after I'm done with the work. The artwork finds its own destiny."

At a time when myths are being appropriated for literal readings and brutal intolerance, the dull gold of the many-headed Hydra figures gleams in the sunset and looks impassively upon the world. What better destiny than this.