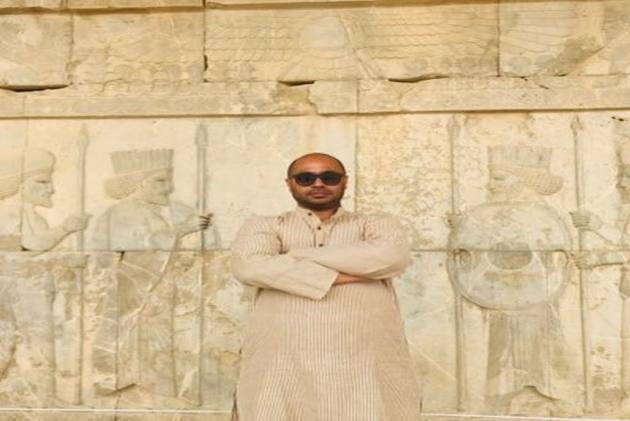 The Naveen Patnaik government in Odisha has come under flak on social media over the arrest of Delhi-based defence analyst Abhijit Iyer Mitra in connection with his controversial tweets posted a year ago.

After a marathon round of interrogation by top officials of Odisha Police at an unknown place in Bhubaneswar on Tuesday afternoon, Iyer Mitra was arrested in the evening. He was then produced in the SDJM court in Bhubaneswar, which rejected his bail plea and sent him to judicial custody for 14 days. He spent the night at the Jharpada jail in the city.

It has created an uproar on social media with many accusing the Odisha government of sending a citizen to jail for ‘satirical’ tweets. Just before his interrogations by the police, Iyer-Mitra had appeared before a House Committee of Odisha Assembly and tendered an unconditional apology for his ‘derogatory’ remarks on legislators.

Why Target Jay Panda When Naveen And His Colleagues Also Flew Over Chilika?

BJP On Jay Panda Chopper Controversy: Why Will Naveen Not Be Arrested?

Speaking to Outlook, Iyer Mitra’s lawyer, Nikhil Mehra, said the controversial video posted by his client was a satirical one and there was no malicious intent and hence there was no ground for his arrest.

Last month, the Odisha Police arrested the columnist in New Delhi for his anti-Odisha comments. However, he was given conditional bail by a local court in Delhi. Later, the Supreme Court rejected his bail plea saying his comments 'incited religious sentiments'.

Curiously, the FIR lodged in Sahid Nagar police station, on the basis of which Iyer-Mitra was arrested on Tuesday, made no mention of the video on the Sun Temple in Konark he posted in social media during his visit to the state in September. It cited some one-year-old tweets in which Iyer Mitra allegedly made derogatory remarks about the origins of Odisha, its stand on ‘rasagola’, Lord Jagannath and Odia culture.

Deputy Commissioner of Police (DCP), Bhubaneswar, Anup Sahoo categorically denied that the Konark video was part of the ‘evidence’ cited in the FIR. “The case was filed under Sec 153 A (promoting enmity between different groups), Sec 294 (obscene act or words in public), Sec 295 A (hurting religious sentiments), Sec 500 (defamation) and Sec 506 (criminal intimidation) and Sec 67 of the IT Act (publishing obscene material in electronic from,” the DCP told Outlook. 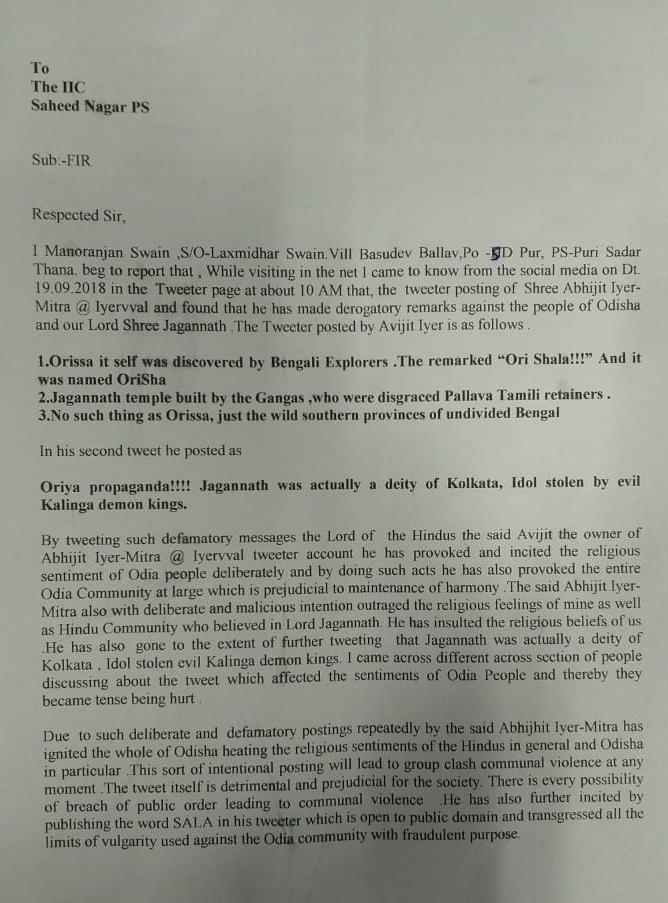 Iyer Mitra’s counsel Nikhil Mehra emphasized the point that none of the screenshots of tweets cited in the FIR was of recent origin. “His tweets are more than one year old. There is no reason why they should suddenly become the source of an offence. The cases are about outraging feelings. You don’t feel a sense of outrage one year after something is said. If you feel outraged, you feel it immediately. That is largely the line of argument we made,” Mehra told media persons in Bhubaneswar on Tuesday. He, however, said he would be able to talk about the grounds on which the bail plea of his client was rejected by the court only after studying the order. He made it clear that Odisha police had not sought his client’s custody. 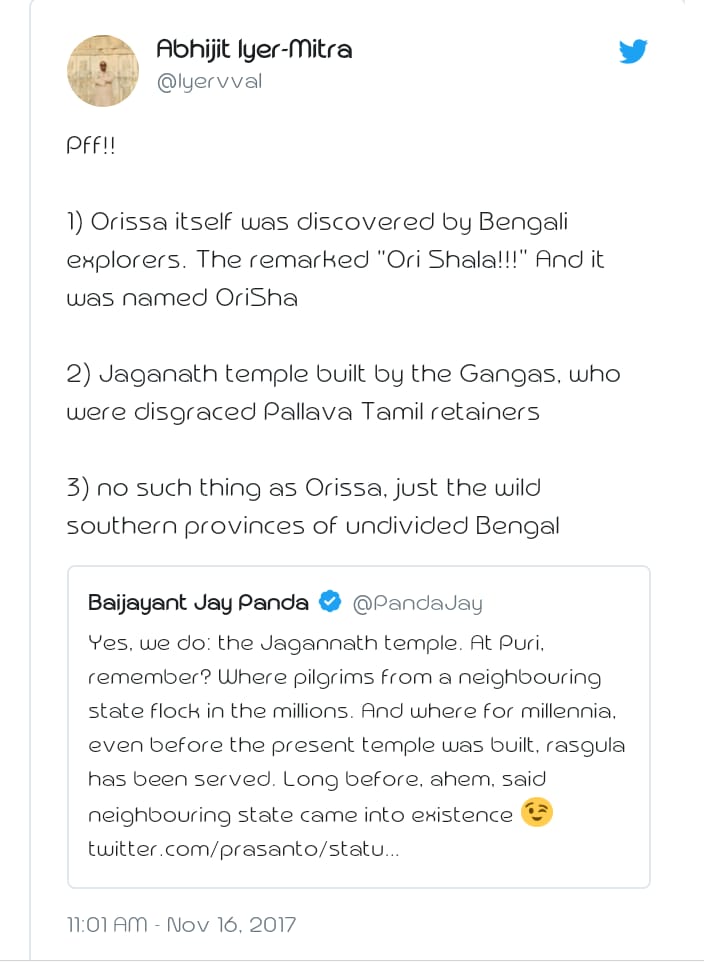 Mehra certainly has a point since the ‘evidence’ cited by the complainant were all old tweets on the erotic sculptures at the Sun Temple posted on social media in the form of a video shot inside the temple premises during his visit to the state. This fact alone makes it clear that Odisha police is out to ‘teach him a lesson’ for his transgressions. Many people believe that Iyer Mitra is just a ‘collateral damage’ in a politically motivated attack on BJD MP Baijayant Panda by the Naveen Ptanaik government. Iyer Mitra has admitted that he was flown in a chopper over Chilika Lake by Panda. 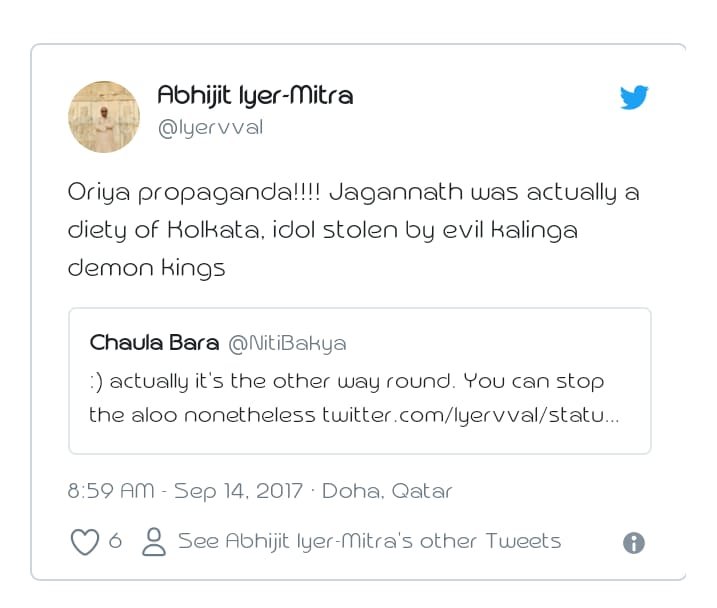 Iyer-Mitra’s troubles, however, have only started. As if the 14-day judicial custody wasn’t bad enough, Konark police have now sought his remand in connection with a case filed against him for his video post on the Sun Temple at the Konark police station. Sources in Konark police said the JMFC court in Konark has sent a letter to the SDJM court in Bhubaneswar, where Iyer-Mitra was produced on Tuesday, requesting it to ‘spare’ him for four days to appear in the Konark court. Considering that it was this post that had almost the entire state up in arms, it is unlikely that he would come out of jail anytime soon.

Then there is the unfinished business of his deposition before the six-member Privileges Committee of the Odisha Assembly, which remained inconclusive on Tuesday. At the end of his deposition, Leader of Opposition and head of the committee Narasingha Mishra told reporters that Iyer-Mitra had been asked to appear before the Committee again and submit an affidavit on November 2.

What was supposed to be a ‘fun trip’ has instead turned out to be a prolonged nightmare for the Delhi-based defence expert who described himself as an ‘academic’ during his deposition before the Privileges Committee of the Assembly on Tuesday.