Baijayant 'Jay' Panda, who had flown in his own helicopter along with Abhijit Iyer-Mitra and another Delhi-based journalist last week, had strong alibis backed with documentary evidence to disprove the police case. 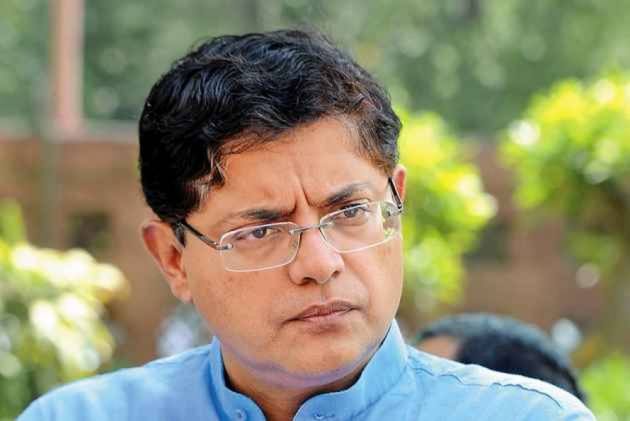 I can’t readily remember another instance when the Odisha police acted with same alacrity that they displayed on Thursday in arresting  Abhijit Iyer-Mitra.

The normally slack police force had been on an overdrive for the past few days. They first went after former MP Baijayant ‘Jay’ Panda who recently had a bitter fall out with Odisha Chief Minister Naveen Patnaik by seizing his helicopter for landing in Chilika.  The police acted in haste, but their case against the politician, now expelled from the ruling Biju Janata Dal (BJD), has also seemingly fallen apart as quickly.

Panda, who had flown in his own helicopter along with Iyer-Mitra and another Delhi-based journalist last week, had strong alibis backed with documentary evidence to disprove the police case. He wasn’t near Chilika at the time he was alleged to have been there. Rather, the helicopter was safely parked at the Bhubaneswar airport hangar at that time.

Also, as it turns out, the Chilika Lake – though ecologically fragile – is not on the no-fly zone. So even if he had flown his helicopter there, it appears Panda did not violate any laws.

Since it is likely that the complaint against Panda will come a cropper, Iyer-Mitra will be a collateral damage in all likelihood.

If seizing Panda’s helicopter for an alleged violation was to give him a bad name and immobilise him from hopping around the state rallying support against Naveen, booking Iyer-Mitra also serves some political purpose.

While riding along with Panda on the helicopter, Iyer-Mitra displayed immaturity and insensitivity. He took videos of himself making fun of Odisha’s religious beliefs and traditions. He says they were all meant to be satire and in lighter vein.

But its godsend for Naveen. His administration has gone after Iyer-Mitra for hurting Odia sentiments. And since it is religion in a god-fearing state like Odisha, other political parties too have been forced to rally round him. In fact, the Odisha assembly on Thursday remarkably debated a privilege motion against Iyer-Mitra. That he is a non-Odia does not help his cause.

But make no mistake, the real target is Panda.

He may wriggle out of the helicopter case, but will now have to bear the burden of what Iyer-Mitra said or did not say against Odisha. He will be tainted by his association, for having flown him at the first place.

Naveen, the master strategist, wants him grounded politically. If Iyer-Mitra has to pay for achieving that political end, so be it.