Home  »  Website  »  National  » Reportage  »  Arnab Should Have The Magnanimity To Come Out And Apologise, Says Journalist Rahul Kanwal

Arnab Should Have The Magnanimity To Come Out And Apologise, Says Journalist Rahul Kanwal

Kanwal is tonight hosting a debate in his newsroom covering the heated question and in a clear jibe at Goswami, said 'The Nation Wants To Know' if he would apologise. 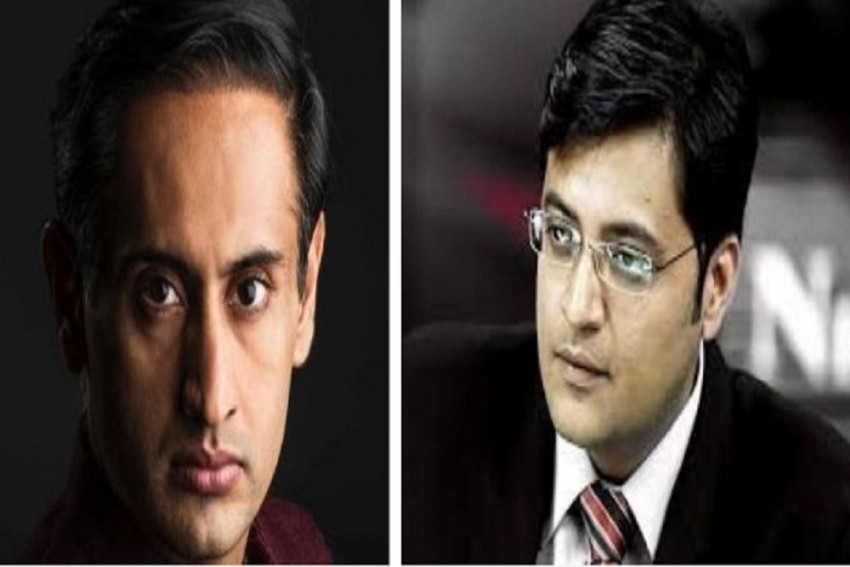 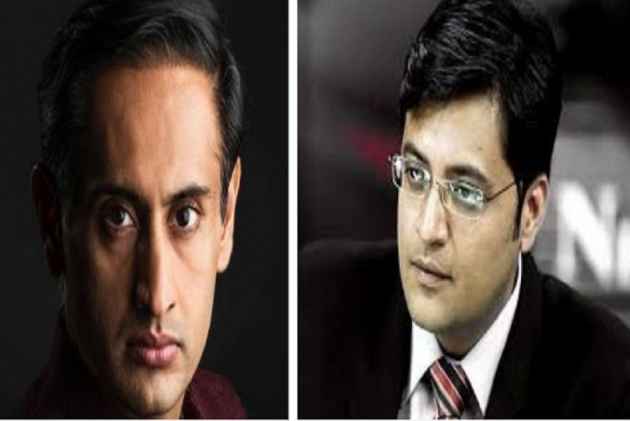 Did Arnab Goswami lie about covering the Gujarat riots in 2002 and made false claims about his car being attacked by goons is a question yet to be solved. Goswami, in his defense has neither admitted to being guilty nor refuted the claims, but his former colleague and the consulting editor of TV Today Rajdeep Sardesai has said he will not end exposing his "brazen lies till formal apology'.

If someone chooses to defend the indefensible, leaves me with no choice but not to end this but expose the brazen lies till formal apology.

Sardesai's colleague and the Managing Editor of India Today Rahul Kanwal is tonight hosting a debate in his newsroom covering the heated question and in a clear jibe at Goswami, said 'The Nation Wants To Know' if he would apologise.

At 10 pm on Newsroom. The Nation Wants to Know: Is Arnab Goswami a big liar? Will he apologise now that his blatant lie has been caught out?

Kanwal had tweeted today that he 'personally called a bunch of people' he thought would be on Arnab's side but 'no one wants to defend a liar'. He tells Outlook that he even tried calling Arnab himself but he didn't respond to his calls.

'He has been caught lying quite blatantly', he says. As redemption, he should have 'had the magnanimity to admit that he was lying and apologise for the same.'

On a possibility that the video could be doctored, Kanwal says that does not seem to be the defense.

Arnab Goswami seems now to have landed in hot soup. It is not just the allegations and his stoic silence on them that seem to have caused trouble for him. It is also a mass hysteria that is running on a wave towards him.

The most trending hashtag on Twitter as of now is 'ArnabDidIt', a reference to the whole controversy.

Twitter is flooded with memes and posts, most against the Republic chief, with columnist Tehseen Poonawala among the crowd. It all began with Rajdeep Sardesai, former colleague of Arnab Goswami alleging that the latter's claim in a YouTube video that his car was attacked by Saffron goons while covering Gujarat riots in 2002 is wrong.

Goswami in the video claims his car was attacked while covering Gujarat riots, but Sardesai who was his colleague disputed it saying Goswami hasn’t covered Gujarat riots.

A few hours after the controversy started brewing, the video was taken down from Youtube. Amidst all this, the man in question has decided to remain silent, a quality he has not very frankly been associated with till yet.

Outlook tried to approach him to hear his side of the story but got no response to calls and SMS.