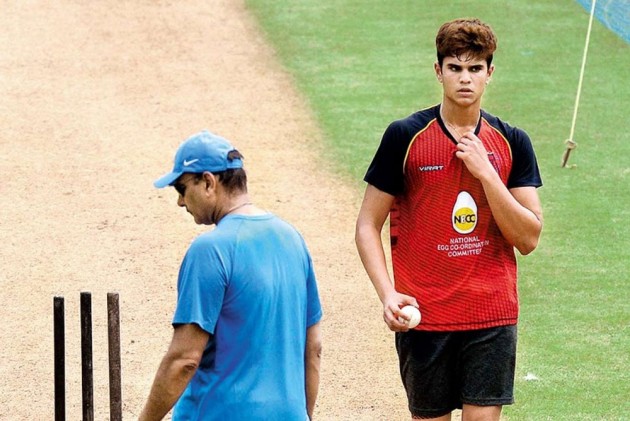 Arjun Tendulkar helped Mumbai contain Delhi in their U-19 Cooch Behar Trophy match with a five-wicket haul in Delhi on Wednesday.

At the close of play on Day 3, Delhi were 354 for 9 in their first innings at the Feroz Shah Kotla Stadium. Delhi still trail Mumbai by 59 runs.

Mumbai posted 453 in their first innings with opener Divyaansh (211) scoring a double century.

In the past, Arjun has also bowled at the nets of the senior Indian team in London and at the Wankhede Stadium in Mumbai.