Home  »  Website  »  Society  » Opinion  »  Are Indians Mature And Sensitive Enough To Accommodate The Idea Of Menstrual Leave At Workplace?

Are Indians Mature And Sensitive Enough To Accommodate The Idea Of Menstrual Leave At Workplace?

A look at the first-aid box at most work places will tell us how sensitive we are to menstruating women. The box will have band-aids and pain killers but not a sanitary napkin. 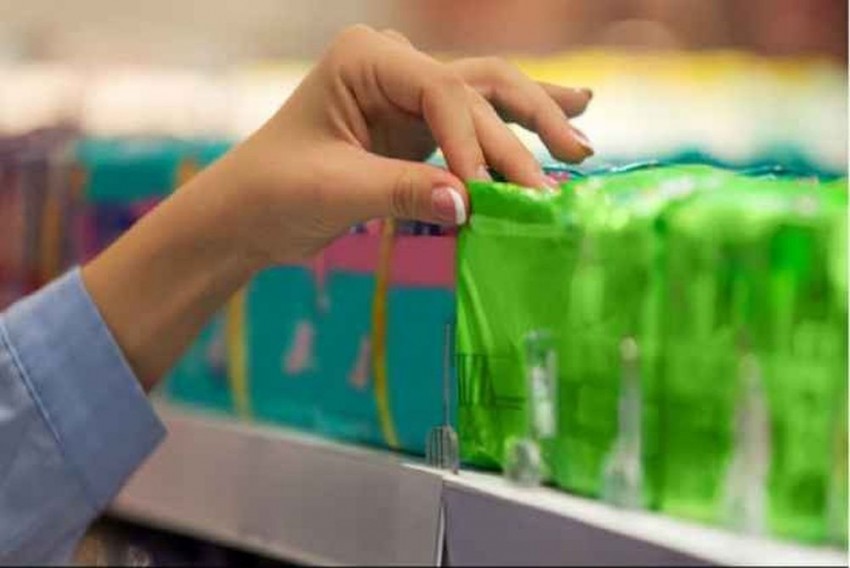 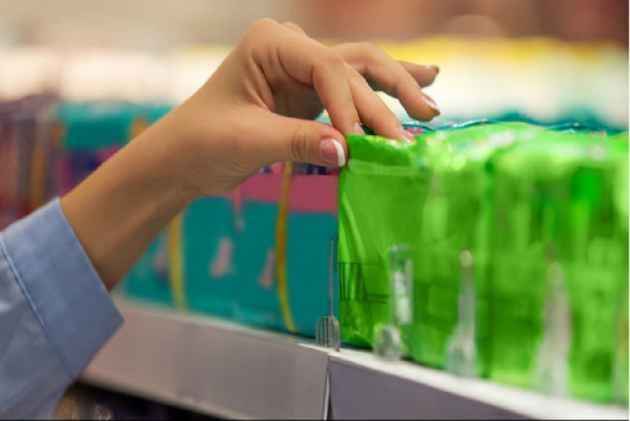 Women form the core of human capital in most Indian organizations - public and private.  While the government has framed legal protections for safety, security, and health of women workforce; organizations too have devised/are devising enabling mechanisms in the form of benefits, amenities, facilities, provisions and leaves to foster efficient on-the-job performance.  With respect to leaves, Maternity leave of 120 days (Maternity Benefit Act, 1961) is the only leave (statutory) exclusively available for women from public and private sectors till date.  This leave helps women to balance the demands of motherhood and profession.  Rest of the leaves, are common to all genders in all organizations.

Conversely, organizations’ goals are getting stringent and therefore there is pressure for efficient and creative performance from both genders at workplace.  Though organizations turn to training and motivation to boost on-the-job performance, some studies show that during menstruation, efficiency levels of women are lowered.  Also, vulnerability to physical problems due to acute mood swings, depression and anxiety, breaking headache, unusual and heavy bleeding, acute abdominal pain and cramps, crying spells, concentration and memory problems disrupt the momentum of work; rest is thus advisable.

For some women, the first day of the menstrual period is exceedingly painful--to the extent that it renders them motionless.  Menstruation occurs every month and the number of sick leaves available is not sufficient.

Most organizations, it appears, have never given a thought to this dimension, until a start-up firm, in Hyderabad, hit the news in 2016 for introducing Menstrual leave (ML)/period leave for its women employees to enable them to be more creative and efficient.  This was followed by a TV channel in Kerala and a digital start-up, in Mumbai in 2017.   These organizations strongly advocated ML as a step towards gender sensitization.  This news evoked mixed reactions and debates within the country.   For instance,Internet trolls argue that, if women are given ML, they benefit through extra paid leaves, which is “discrimination”.  Just because men don’t bleed, isn’t that a sort of discrimination too?  Men claim that the onus of work increases when women go on long maternity leave and now ML shall only add to the discrimination of men.  A male HR head said, ”it is difficult to provide ML because, it is not sure whether female employees really need the leave or perhaps they are just “cashing in” being a female; not all women have pain and more so, their job involves sitting most of the time, therefore where is the question of pain?” Is this response a proof of insensitivity?  Some female employees are also unhappy about ML as they are ashamed to admit in public that they are in pain and are afraid that this leave might antagonize their relations with their male colleagues and they might be denied equal positions as ML might promote gender inequality.

When protective legislations for maternity have promoted gender equality and inclusion, why not another biological process called Menstruation?  Growing independence in preferences indicate that Maternity is a choice while Menstruation is an inevitable biological truth that is painful.

But, are Indians mature and sensitive enough to accommodate the idea of ML at workplace? Are policy makers aware of menstrual health management mechanisms in India? Why is menstruation a social phenomenon than a biological truth?

Menstruating girls/women in India are prevented to enter holy places, touch holy books, pray, take bath, because menstruating women are perceived to be unclean, unhygienic, and impure; unpleasant body odor emanating during menstruation strengthens the perception.  Menstruation is associated with evil spirits, shame, and embarrassment surrounding sexual reproduction.   Taboos and deep rooted beliefs like these push women into exclusion from many aspects of social and cultural life; females silently accept it as shame due to lack of knowledge about menstruation and reproductive health.   75% urban women buy sanitary napkins wrapped in a brown/ black paper because of the shame associated with it.

Regarding workplaces, 91 % of the informal sector comprises women employees but inadequacy of water, sanitation, and hygiene are major impediments here.  Women lack the power to influence the insufficient sanitation facilities.   Even if there is a toilet, employers in the informal sector are under no obligation to provide the facility to the women.   More than 77% of women use cloth (reusable), husk, ashes, dried leaves, and newspapers (infection prone) to absorb the menstrual blood.   One study noted that women in textile factories used discarded factory cloths/ rags often doused in chemicals for blood absorption.

Urban contexts are characterized by over-crowded work and travel spaces, limiting privacy and hygiene for changing and disposing menstrual materials.  Menstrual flow cannot be stopped and when forced to change in open spaces under cover of darkness, they may be at increased risk of sexual assault.   This creates anxiety and stress thus aggravating pain and cramps, which in turn reduces concentration and productivity.

Introducing ML in organizations is a great initiative; Indian companies have sick leaves but unfortunately menstruation has not been accommodated under it.  Workplaces have band-aids and pain killers, in their first aid box but not sanitary napkins.   Studies highlight that one in 10 women’s menstrual cramps are so severe, that it disrupts their daily lives causing debilitating pain that they become desperate for leave.  This is applicable to all females but those who are bus conductors, cops, pilots, nurses, surgeons, etc stand, move, or travel for most of the time, and have no access to toilets during work hours making ML essential.  Also, availing leave without prior intimation is not feasible for women at middle/senior levels given their job deliverables and redeploying human resources for a day is difficult.  In this case ML would be justified.

Menstruation is often associated with reproduction and it was used as an argument against women joining workforce in 19th century and the same association continues till today and this may be a reason for insensitivity towards menstrual pain.    The first social definition of menstruation targets the body of a woman in public, it makes implicit matters explicit.  This kind of a leave would once again bring to the fore the social roles of women and it would become an issue in the office gossip and highlight weird ideas about female anatomy.  In spite of the pain, some women are unhappy about ML because everyone would come to know of it which is uncomfortable; might lead to sexual harassment because it draws attention of male colleagues; might lead to inequality preventing career growth; employers may decline hiring women because ML adds to company’s overhead.

Menstruation would cause absenteeism and increase wage gap.  Studies show that female absenteeism is higher than males owing to familial responsibilities and biological reasons.  The key insight is that menstruation related absenteeism is a noisier signal of shirking attitudes for females than for males.  In this case, signal extraction of causal shirking rates based on absenteeism is more informative for men than for women.  A deeper evaluation of the role of biology calls for understanding whether there are truly exogenous biological differences between men and women that might explain some fraction of the male-female difference in earnings.

Working conditions, which ranged from timings, movement from block to block, and seating arrangement affects them and strains them physically, but since it is inevitable, they manage it with a smile and a pain killer.   Possibly this is a result of the old-fashioned sexist notion that women’s emotions are connected to their period, and/or that women fear that they will be viewed as weak if they ask for leave, and often end up keeping crippling monthly pain to themselves.

ML in organizations is perceived as progressive and sensitive by some while some women feel it is draconian and males see it as discriminatory.   Some men who found this leave discriminatory and sexist, said that, men should be given some special leave too because men are not physically fit always.... for instance, gall and kidney stones are thousand times painful than child deliveries.

ML is neither sexist nor reverse sexist but it is asserting/reasserting the biological right to bleed and the power to procreate.    Alas! Accommodating the idea of ML is important.

Women, Men, and society, at the outset, should understand that women are biologically different.  For instance, why is the agitation with blood painfully oozing out!!? Is this culturally ingrained?    Personal opinions about menstruation can be categorized under ‘subjective reality’ which is stronger than the biological substrate.  This should be unlearned.  People should be educated about biological truths to help dissociate/dispel debilitating perceptions.

The right to formulate ML calls for an examination of the impact of social definitions of menstrual function. When women demand equal status, salary, and position at workplace, the argument highlights that men are healthier and women are weak.   In that case, why is the weakness not being given a real and true consideration with respect to leave?   Women should be encouraged to talk openly about their periods ( a biological truth) and go home if they feel unwell, but should gain social recognition for their role as workers.

ML is emancipation for women to rise up to gain recognition as strong and high performers.  This realization shall happen through education that ML is biological and not social.    Taking sick leave may not be compulsory for female employees; it can simply be an option for those who frantically need it.  But, the truth remains that menstruation is as painful and tormenting for a woman every month and disrupts on the job performance.  Technically, ML is designed for women who suffer pain.   This small endeavor can champion change at workplace on the positive side.  It would be appreciated if ML is extended to women from informal sector too.