CJI says it's time to say husband is not the master of woman. 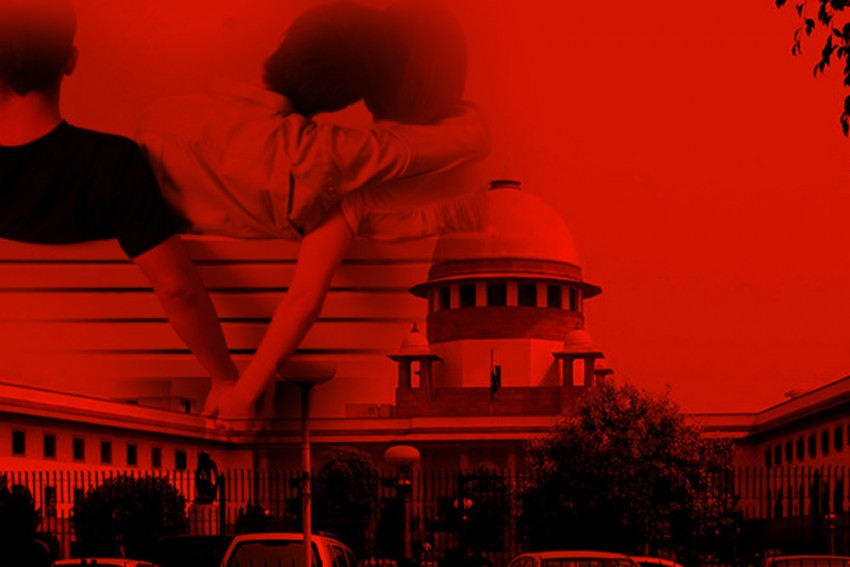 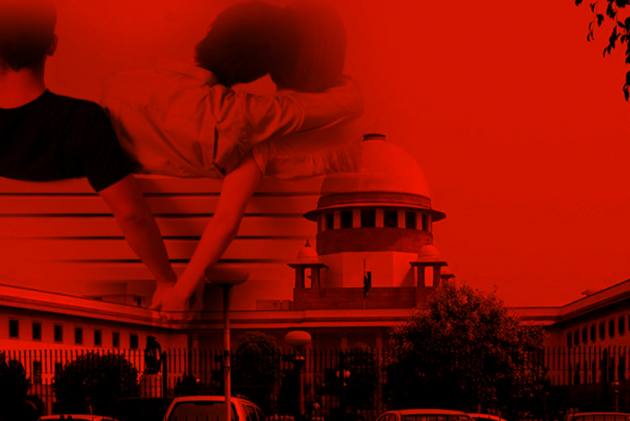 The Supreme Court Thursday declared as unconstitutional the penal provision on adultery.

"We declare Sec 497 IPC and Sec 198 of CrPC dealing with prosecution of offences against marriage as unconstitutional," said the CJI and Justice Khanwilkar.

The CJI, which wrote the judgement for himself and Justice A M Khanwilkar, said that equality is the governing parameter of the Constitution.

The court said any provision treating women with inequality is not constitutional and it's time to say that husband is not the master of woman. 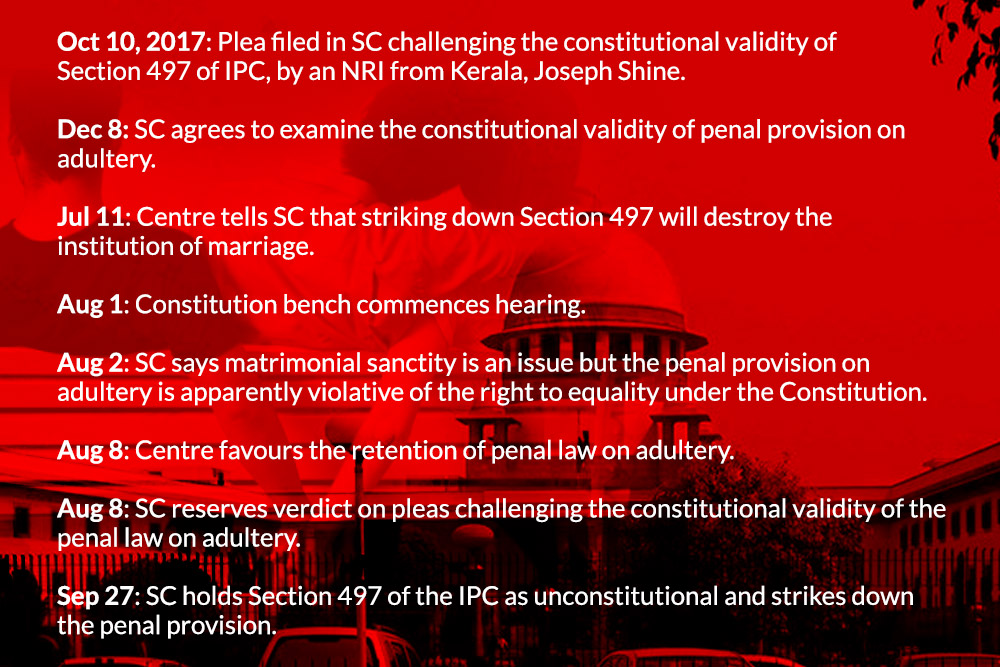 The CJI said section 497 of the IPC is manifestly arbitrary the way it deals with women.

The bench said adultery can be treated as civil wrong for dissolution of marriage.

There can't be any social licence which destroys a home, the CJI said, adding that adultery should not be a criminal offence.

Presently, the offence of adultery entails a maximum punishment of five years, or with fine, or both.