Stalin and opposition leaders staged a protest over violence in the anti-sterlite protests, demanding the resignation of Chief Minister Palaniswamy. 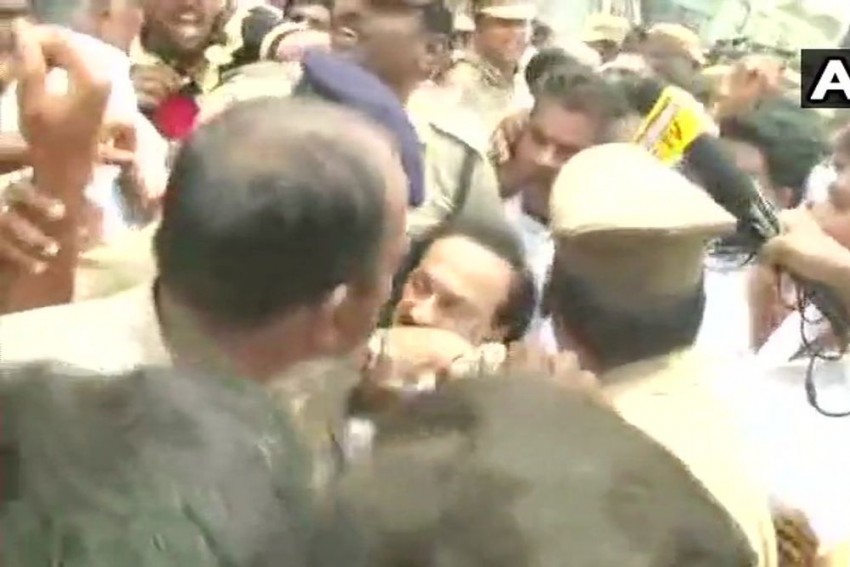 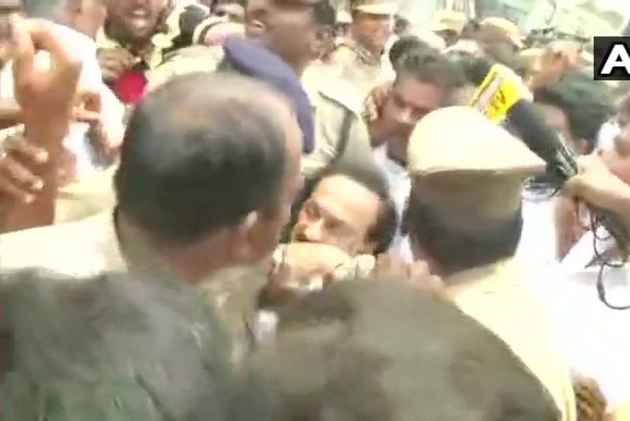 Dravida Munnetra Kazhagam (DMK) working president M. K. Stalin, who was holding a protest outside Tamil Nadu secretariat over Sterlite Protests in Thoothukudi, was detained by the police.

Stalin and opposition leaders staged a protest over violence in the anti-sterlite protests, demanding the resignation of Chief Minister Palaniswamy.

DMK working President MK Stalin, who was holding a protest outside Tamil Nadu secretariat over #SterliteProtests in #Thoothukudi, has been detained by the police. Several others detained too. #TamilNadu pic.twitter.com/Qr3tMyVl6W

A clash between DMK workers & police took place outside Tamil Nadu secretariat, while the former were protesting over #SterliteProtests in #Thoothukudi. The workers were blocking the vehicle in which MK Stalin & other party leaders were being taken. #TamilNadu pic.twitter.com/v7pXixraEs

Stalin on Wednesday visited a government hospital to meet the people, who were injured during the protests.

One person was killed and three others got injured earlier yesterday as fresh violence broke out in Anna Nagar, thus taking the death toll of the Sterlite protest incident to 12.

Sandeep Nanduri has been appointed as the new collector of Thoothukudi district. Murali Rambha, meanwhile, will take over Mahendran as the new superintendent of police of the district.

Additional security was deployed outside the Thoothukudi General Hospital after a bus was set ablaze there by protesters.

On Tuesday, 11 people were killed and over 65 got injured after police firing during protests against the construction of a new copper smelter by the Sterlite industries in Thoothukudi.

Meanwhile, a commission headed by a retired High Court judge has been constituted to probe the incident.

The locals are up in arms against the construction of the copper plant, claiming that it would pollute groundwater in their area and cause serious environmental hazards.