An 'Ehsaas' Of The 'Haqeeqat'

Zubinji, how could you say that you were bringing music to the “people of Kashmir” when the guest list included only the powerful and connected? 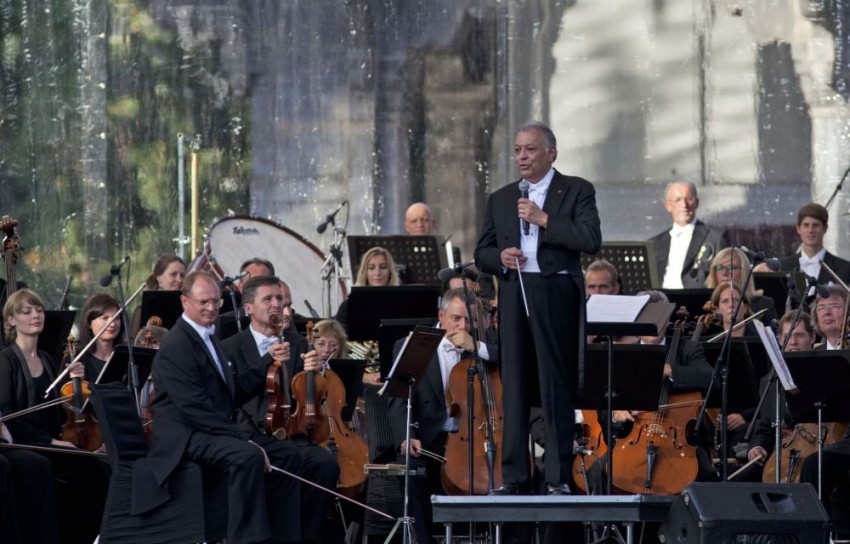 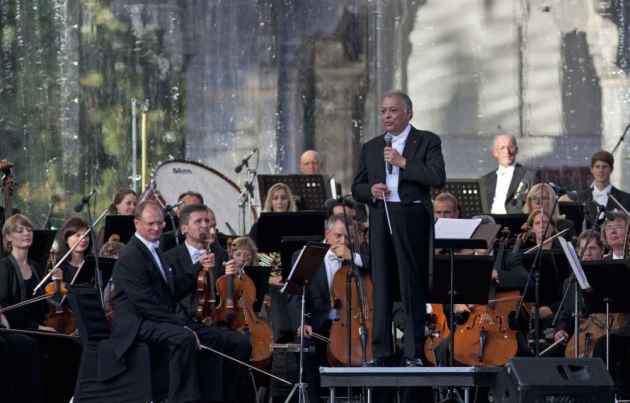 First, I saw the guns. Friends who had visited Kashmir earlier had told me to be prepared, that I would never have seen so many military troops or firearms before in my life. They were right, but nothing could have prepared me for the guns. And the eyes. Guns at attention as I left the airport, camo-clad hawk eyes watching as my taxi waited at the intersection, the barbed wired gate to my aunt’s house in Srinagar opened for a millisecond to let me in before we locked the world out again. That was September 6th.

“You had better get out of the city tomorrow,” my aunt warned. She was referring, of course, to Zubin Mehta’s concert called “Ehsaas-e-Kashmir” (the feeling of Kashmir) in Srinagar’s Shalimar Gardens on Saturday, September 7th. Maestro Mehta had recently been overwhelmed by a feeling of love for this beautiful state, and wanted to conduct in Srinagar a free concert “for Kashmiris” which portrayed a “spirit of Kashmiri unity.”

Yet a great many Kashmiris have grown cynical of such ventures. The objection is not to the music, but to the likely use of this event to paper over the grim realities Kashmiris face, to sanitise their continuing coercion at the hands of the Indian state. A range of Kashmiri citizens and civil society groups produced a counter-concert called “Haqeeqat-e-Kashmir” (the reality of Kashmir) in hopes of showing public dissent. But getting government permission for time and space for the counter-concert was difficult, and it did not come through until the last possible minute. In the meantime, a hartal had been called and the city was to be shut down for the entire day.

So I took my aunt’s word for it, and planned a day trip to the idyllic resort of Gulmarg for the 7th. I wasn’t particularly invested in Kashmiri politics and had no desire to put myself in harm’s way in the middle of a holiday. Yet, I quickly realized that as always, to remain “apolitical” was a deeply political act. As my rented car whizzed past police check points on the way to Gulmarg, the shuttered shops and empty street corners we left in our dust seemed to be howling their silence.

In Gulmarg, the sight of the spectacular meadows and mountains lightened my mood, but I was uncomfortable again soon enough. I got lost in my wandering and asked a CRPF officer for directions. I saw his sharp look soften when I mentioned my name, which marked me to be on “his side.”

Back in Srinagar, I switched on Doordarshan to catch a glimpse of both “Ehsaas” and “Haqeeqat.” As I watched, I consulted a copy of the official concert programme that my aunt had managed to procure. I read Maestro Mehta’s confident declaration that “the harmony you hear amongst our musicians inspires all of the people of Kashmir.” At the same time I heard his opening remarks at the concert, in which he claimed “I think everyone on the subcontinent will agree with me that this was the place for this concert.”

Zubinji, for a brilliant musician, those statements seem tone-deaf. How could you say that the music’s harmony inspires all the people of Kashmir, when an entire city had to be shut down because the very people for whom you claimed to be playing objected to the manner in which you were doing so? How could you claim to speak for “everyone on the subcontinent” when right outside your walls, people — yes, very much from the subcontinent —were protesting the presence of your concert at Shalimar Gardens? How could you say that you were bringing music to the “people of Kashmir” when the guest list included only the powerful and connected? The next day’s Greater Kashmir carried reports of families living near Shalimar who were cordoned off into single rooms so that security personnel could efficiently monitor them while VIPs enjoyed your efforts in comfort. Even Nikolaus Bachler, your own orchestra’s general manager, has voiced the ensemble’s anger at being “misled” into believing they were performing for ordinary Kashmiris. He was able to see the event as you could not, as nothing more than an “embassy concert” that exploited art for clearly political purposes.

Chief Minister Omar Abdullah’s remarks and comments left me equally dumbfounded. In the programme, he wrote “Kashmir has passed through a difficult phase but is at the same time emerging from the depredations of a challenging situation.” CM-sahab, I may be nothing but a tourist in Kashmir, but even I can tell that this state has certainly not “passed through” its “difficult phase.” This rhetoric is precisely why this concert is so controversial. Nobody is opposed to beautiful music, and the fact that art can break barriers is a concept most would embrace. But to say that this concert is a celebration of that which has “passed” is to ignore the Indian security forces that survey every inch of Kashmir. To pretend that Srinagar is no longer at odds with New Delhi is to willfully ignore the guns. Ignore the eyes. Ignore the “my side-your side.” Kashmir has not “passed through” any of this sir, and your saying so is an insult to the very people you govern. Additionally, you’ve mentioned that the cost of readying Shalimar Gardens for the concert in itself was Rs. 5 crore. How much more did the rest of the preparations cost? What is your answer to those Kashmiris who ask how anyone could justify such public subsidies for an event for wealthy and powerful guests, most of whom were not even Kashmiri?

The wilful insensitivities of governments, both foreign and domestic, are sadly no longer surprising. But Maestro Mehta, for a man who has spent his life deciphering the nuances of brilliant works of music, I thought you’d be little more sensitive to the sounds of silence and protest.

Piyali Bhattacharya is a freelance journalist and writer, whose work has appeared in The Wall Street Journal and TimeOut Delhi. She is currently based in New Delhi, and is working on her first novel.