When Mukesh Ambani introduced the Jio New Happy Year Offer and extended the freebies in voice and data up to March 31, 2017, the telecom companies took another hit 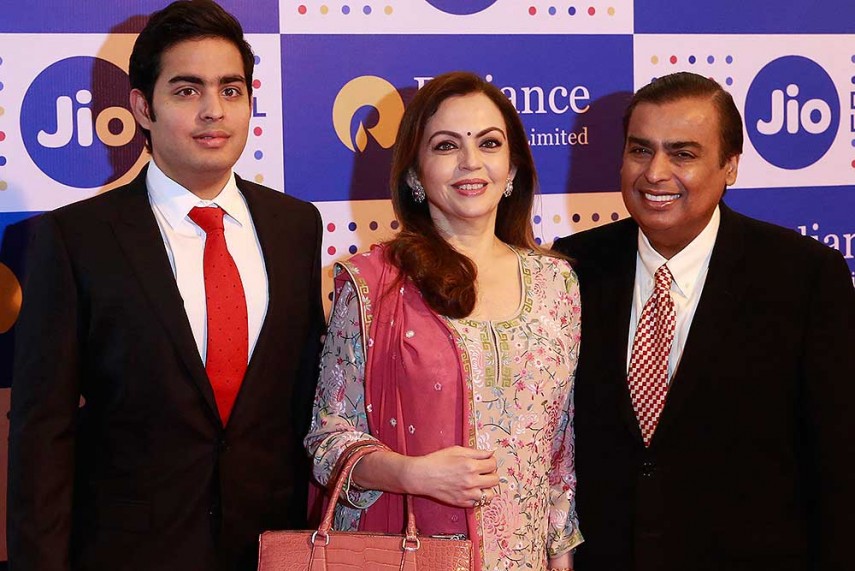 It was almost a repeat of September 1 when Reliance Group chief Mukesh Ambani made his revolutionary announcement making all voice calls free while launching his Reliance Jio services for the public.

On Thursday, when Mukesh Ambani introduced the Jio New Happy Year Offer and extended the freebies in voice and data up to March 31, 2017, the telecom companies took another hit. Shares of Bharti Airtel, Idea Cellular and RCom tanked after Ambani announced the extension of the free data and call offer.

On September 1, this year when Ambani had announced the launch of Reliance Jio and the free voice and data offer till December 31, 2016, Ambani’s speech had resulted in a Rs 12,000 crore market capitalization loss for Bharti Airtel while Idea Cellular lost Rs 2,800 crore in market cap. At close of market, the combined losses of the two companies was of Rs 11,983 crore. At that time, shares of market leader Airtel fell by over 9 per cent and that of Idea Cellular fell by over 11 per cent to a 52 week low.

Incumbent telecom players have already been hit badly by Reliance Jio’s free call and data offer and have been extremely worried over Jio’s lifetime free offer on voice calls considering that the telecom players make 75 per cent of their revenues from voice calls. A further extension of Jio’s everything free offer is expected to hit the incumbents’ revenues even further.

The incumbents have been fighting with the authorities against Reliance Jio’s free offer and there is a tussle going on with Jio over giving points of interconnect which connect Jio’s calls with other incumbent players. The telecom regulator TRAI has, however, not found any fault in Jio’s free offer and has said that it was within the guidelines.

In his December 1 address, Mukesh Ambani stated that Reliance Jio has achieved 52 million customers in India in less than three months and it had penetrated 24 States. He also stated that the average rate of addition of subscribers was of 6 lakh subscribers per day which was the fastest achieved by any technology company in the world including the likes of Facebook, WhatsApp and Skype.

The benefits of Jio’s Happy New Year Offer will be available to all subscribers signing up for Jio services up to 3 March 2017. The existing Jio welcome offer customers would automatically be signed for the new offer and will enjoy the benefits of the new offer till March 31, 2017, Ambani said.