Top-flight hockey was played in India after very long; it was an opportunity to revive the game, but by all accounts, this possibility hasn’t been fully exploited. We must be glad, at least, that we got to see the amazing Australians display their wa 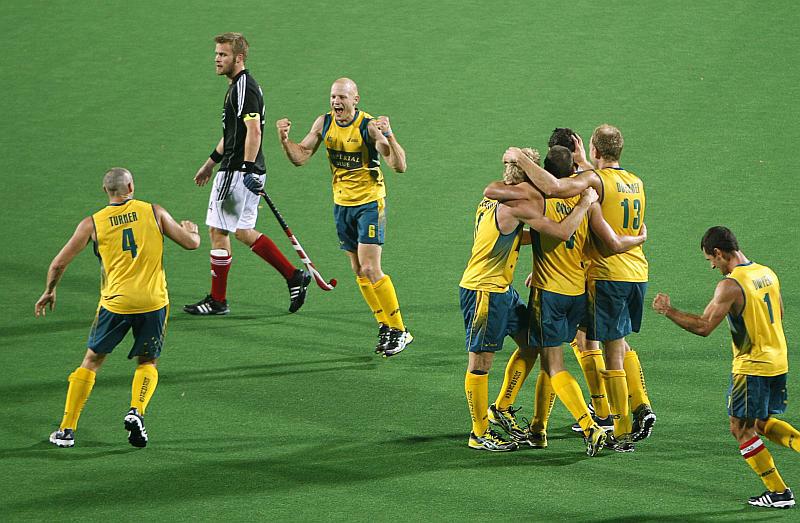 Most sport involve annexing specific territory – that happens in even non-athletic sports, in the ‘game’ of chess, for instance.

In hockey, the field is small, the ball is small, and thus the pace is high – in contrast to, say, the bigger field and bigger, softer ball in football. In hockey, for a very athletic team – like Australia – their speed opens up great possibilities of annexation of the opponent’s territory.

The D-area must be defended at all cost against the opposing forwards. This is best done by getting as many players as possible behind the ball in defence. The field can’t be contracted, the number of players can’t be increased; yet Australia, world champions in hockey after 24 years, often give the illusion of playing with more than 11 players. 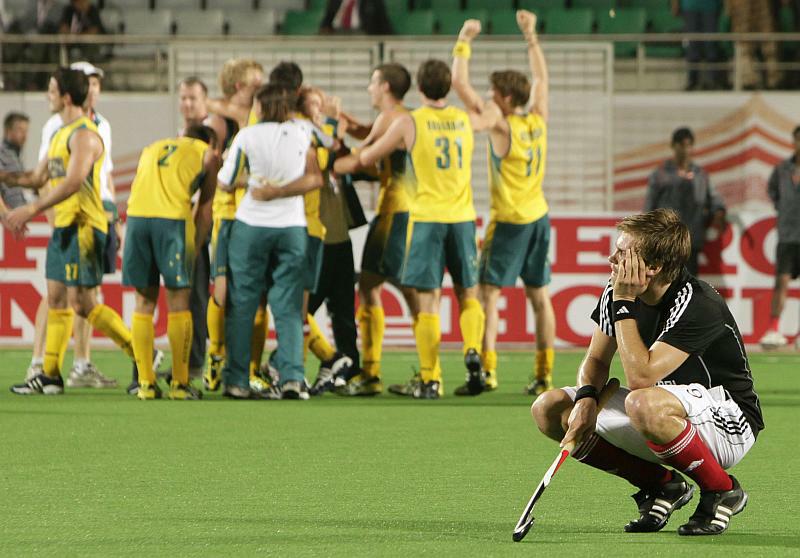 The Australian gameplan is to conjure up blinding attacks when they’re fresh, in the first 20-25 minutes of the game. This they did against Germany in the final. During the first half, the action mostly occurred in the German half, all Australian players except the goalkeeper having pressed well into the German area. Germany conceded one goal during those pressing times; against a team with a lesser resolute defence than the Germans’, Australia would have surely got more than one. That is Australia’s tactic – get a number of goals in the first half and when their relatively out of breath in the second, defend them.

The pace on the ball and the possibilities of scoring off a chance deflection in the goal make hockey very uncertain; but ball possession may not be an accurate gauge of the control of a team in a match. Indian coach Jose Brasa said after the defeat to Argentina that “we had about 70 percent ball possession, we entered their D about 40 times and they did so about 10 times”.

All that was very visible, but the fact is that making a desperate dash into the opponent’s D doesn’t count as a chance; authentic chances are made with coordinated attacks, not stray forays, because the D is packed with defenders and it’s very difficult to get a clean hit at the goal.

It’s clear India have much to rise before they reach the level of the top five teams in the world. For that to happen, India need perfect athletes who then master the ability to control the ball with completely familiarity with a hockey stick on astroturf. Full-fledged players at the top level can’t develop this skill overnight. The talent-spotters must focus on talented juniors, and make astroturf available to them at the earliest possible stage.

Top-flight hockey was played in India after very long; it was an opportunity to revive the game, but by all accounts, this possibility hasn’t been fully exploited. We must be glad, at least, that we got to see the amazing Australians display their wares in New Delhi, and hope that at least a few of the young kids at the ground or watching on TV gave their “dil to hockey”.

Bring The Goosebumps Back