The Delhi police are also in touch with police from the neighbouring states to gather information about anti-social elements planning to disrupt the film's screening. 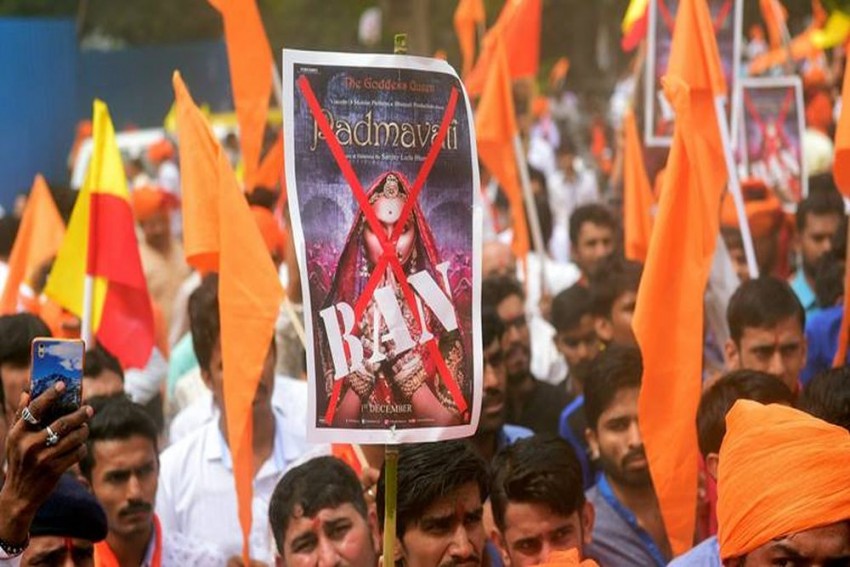 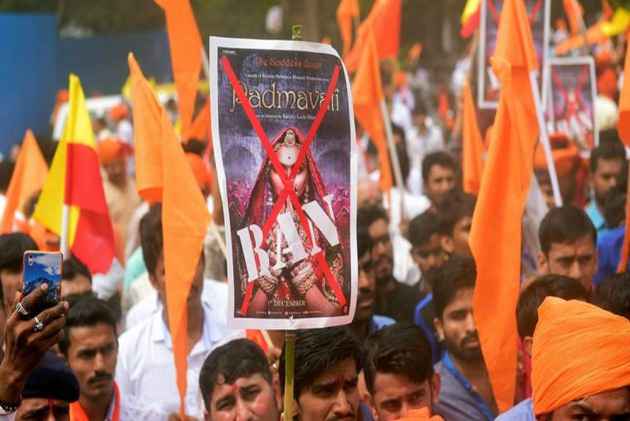 The police have made arrangements outside cinema halls in Delhi-NCR and other states, including Rajasthan, Haryna and Gujarat, to ensure that controversial movie "Padmaavat" is peacefully screened, in the wake of threats from various groups.

The Delhi police are also in touch with police from the neighbouring states to gather information about anti-social elements planning to disrupt the film's screening, the police said.

"Keeping in mind the release of the film, we have made adequate arrangements. The police stations are in touch with cinema halls. A small reserve will also be there to reach the halls in shortest possible time," said Dependra Pathak, chief spokesperson, Delhi Police.

The officer, who is also special commissioner of police (Traffic), said that there is inter-state coordination to share information about groups planning to create ruckus.

The Special Branch of the Delhi police is also collecting local intelligence on whether there was any plan to cause disturbance by anti-social elements, he said.

The officer said that police was also in touch with nearby hawkers and food joints, all kinds of kiosks to keep tabs on gatherings.

The Supreme Court had earlier paved the way for the all- India release of "Padmaavat" on January 25 and stayed notifications and orders issued by Rajasthan and Gujarat prohibiting exhibition of the film in their states.

The apex court had also restrained other states from issuing any such notification or orders banning the screening of the movie.

The film, starring Deepika Padukone, Shahid Kapoor and Ranveer Singh in lead roles, was slated for release on December 1 last year but was postponed as the makers had not got a certificate from the Central Board of Film Certification (CBFC) till then.

The film is based on the saga of the historic 13th century battle between Maharaja Ratan Singh and his army of Mewar and Sultan Alauddin Khilji of Delhi.

A platoon each of the State Reserve Police Force (SRPF) would secure the 10 theaters and multiplexes which have decided or shown willingness to screen "Padmaavat", according to a notification.

The notification by the police control room read that a SRPF platoon led by a sub-inspector had been deployed at each of the seven theaters and multiplexes that had decided to screen the film.

Three theaters, which have not yet taken a final decision but have showed willingness to screen the film, have also been provided security cover of a police platoon each.

It added that those indulging in violence as part of the protests against the film would be booked under Section 308, which deals with attempt to commit culpable homicide, of the Indian Penal Code. The offence attracts a jail term of three years.

Meanwhile, with the state not witnessing any violent protest since Sunday night, the Gujarat State Road Transport Corporation (GSRTC) resumed bus services in the northern parts of the state, including areas such as Mehsana, Banaskantha, Gandhinagar, Patan and Sabarkantha, said officials.

Surat Police Commissioner Satish Sharma informed that five FIRs had been registered in connection with violent protests against the film in some parts of the city on Sunday.

In a stern warning, Sharma asked the "leaders" of such groups not to "test the patience" of the police.

"We have arrested 23 people who blocked roads, vandalised a bus and burnt tyres in some parts of Surat. Apart from the foot soldiers who did such acts, we will also arrest the leaders who had incited them," he said.

"I am warning such leaders to refrain from disturbing peace. Do not test our patience. Otherwise, police has all the powers to use force and we will not hesitate to do so," the officer warned.

GSRTC bus services were suspended yesterday after they became targets of the protests at several places in the state.

Three buses were set ablaze in Mehsana on Saturday, while six buses were stoned. Roads in some parts of Banaskantha, Mehsana, Surendranagar and Bhuj were blocked after protesters burnt tyres.

Protesters in Rajsamand and Barmer blocked highways while a youth climbed a mobile phone network tower in Bhilwara on Monday as fringe and right wing groups continued protests against Bhansali's film.

The Rajasthan government, meanwhile, invited the Mewar royal family and the Karni Sena, which is leading the protests, to become party to its petition in the Supreme Court against an earlier ruling that lifted the ban on the movie in the state.

Rajasthan Home Minister Gulab Chand Kataria said Mewar royal Arvind Singh had watched the film and the case in the Supreme Court would become strong if both Karni Sena and the Mewar royal family become party to the state government's petition.

"We are equally affected as are the people. We have exercised all the rights we have within the framework of law and constitution so that peoples' sentiment and law and order issues can be addressed," Kataria said.

The Vishva Hindu Parishad (VHP) too joined other right wing groups demanding that the film should not be allowed to be screened.

"Hindu organisations should hit the streets to lodge a strong protest against the film in a democratic manner. The issue is not concerned only with Rajputs but all Hindu castes that sacrificed lives in Jauhar," VHP international working president Praveen Togadia said.

He said the VHP, Bajrang Dal and other Hindu organisations should not let the film release in the country.

Talking to reporters at the Jaipur International Airport, Togadia demanded that the Centre bring an ordinance to ban the film's release as it did with regard to the Supreme Court order in the 'Jallikattu' case.

"If it does not happen then people should taken part in 'Janta curfew' to not let the film release," he added.

"CBFC functions under the Centre's ambit so it should take steps to not let release the film. Centre should bring an ordinance against the film. People are starting 'Rasto Roko' campaign from today and may block railway tracks tomorrow for which the Centre and the CBFC are responsible," Gogamedi said.

The youth was convinced and brought down, he said.

Fringe groups are upset at the Central Board of Film Certification (CBFC) for clearing the controversy-mired period drama after suggesting some modifications. It has been alleged that historical facts have been distorted in the film.

Congress leader and former Union minister Jitendra Singh said that Rani Padmini was revered as an ideal by the people.

"Action should be taken, if historical facts are being distorted by anyone," he said.

Meanwhile, a leading film distributor issued a statement today saying that it would not distribute the film in the state.

"We wish to inform that M/s Yash Raj Jai Pictures Private Limited has not acquired the distribution rights of Padmaavat for Rajasthan. We have decided not to distribute the film in the state," the statement said.