In Rajasthan chief minister Ashok Gehlot is facing a continuous pressure of expansion of the cabinet by the Sachin Pilot camp. 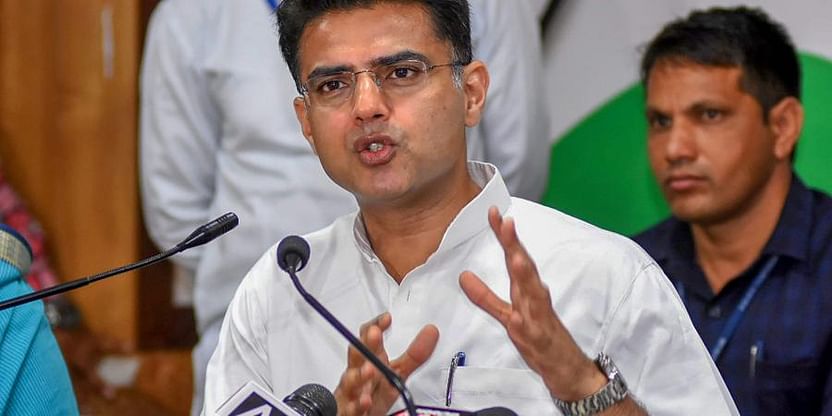 Days after Rajasthan chief minister Ashok Gehlot said that the Congress will make a comeback in Rajasthan and he is healthy and fit to serve the people for another 15-20 years, his former deputy Sachin Pilot on Tuesday, without naming Gehlot, said that people don't stay in power forever.

During his visit to his constituency tonk in Rajasthan, Congress MLA Sachin Pilot in his address said, "Padh par baitha hua bhee insaan hai aur hamesha  woh pad par rahata bhi nahin hai. yah to janata hai, jitana samay aap doge vo sinhaasan par baithenge. (The one who enjoys the top post in an office is a human people don't stay in power forever   It is the public who decide how much time he. or she should sit on a chair. If people want they can bring down a government too".

"What happened in Uttar Pradesh is unjust. I believe if people from the state will investigate the Lekhimpur violence incident it won't be right as they will try to save their own people", said Pilot while addressing an event to distribute land lease documents to locals in Tonk on Tuesday.  Speaking to reporters in Tonk, Pilot demanded a judicial probe by a sitting Supreme Court judge into the Lakhimpur Kheri violence.  The pilot who was on a two-day tour to Tonk had to cut it short to join the delegation of Congress leaders heading to violence-hit Lakhimpur Kheri.
Four days ago, On October 2, 2021, the chief minister Ashok Gehlot without naming any leader had said that he is healthy and fit to live for another 15-20 years and serve the people of Rajasthan. "I recently underwent Covid and then a surgery at the SMS hospital. My arteries were blocked but now I am healthy and fit. Nothing is going to happen to me for the next 15-20 years and those who want to get upset over it can get upset", said Gehlot at the chief minister's residence while addressing the media and the dignitaries.

Ruling out any tremors in the Congress in Rajasthan, the chief minister said that such stories are a plant by the media and have no actual bearing to it. "I don't know who tells them these stories. Suddenly after a political change in Punjab, the Delhi media started making stories about Rajasthan. Congress will complete its term and return to power".

No Change Of Leadership, We Will Complete Our Tenure And Return Once Again: Ashok Gehlot

Gehlot's speech puts a full stop to the anticipations of change of guard in Rajasthan which was anticipated by the media after the leadership change in Punjab. The Congress leaders Rahul Gandhi and Priyanka Gandhi Vadra's two meetings with Rajasthan leader Sachin Pilot within a week had indicated high command's focus to track down the feud between the two factions in the desert state.

In Rajasthan chief minister Ashok Gehlot is facing a continuous pressure of expansion of the cabinet by the Sachin Pilot camp. Pilot, who was removed as deputy chief minister and state Congress chief after the rebellion in July 2020, is also demanding inclusion of his people in various boards, corporations and other political positions.