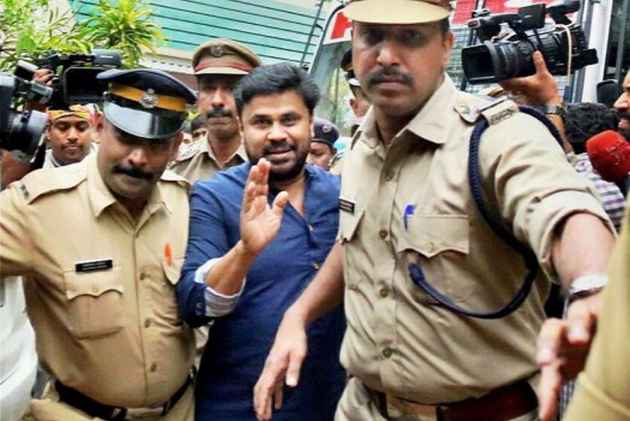 Malayalam actor Dileep, arrested on charges of plotting the abduction and sexual assault of a south Indian actress, has been granted permission by a magistrate court today to attend his father's death anniversary ritual on September 6.

The actor had filed an application before the judicial magistrate court at Angamaly seeking permission to attend his father's 'shraadh'.

"The court has permitted Dileep to attend the ritual," the actor's legal team said.

The ritual will be held at his house and Manappuram in Aluva.

Meanwhile, the court extended the actor's judicial custody till September 16.

Earlier this week, the Kerala High Court had denied his bail plea after considering the evidence against the actor produced by the prosecution in a sealed cover.

Dismissing the bail petition, the second by the actor since his arrest on July 10, the court had ruled that the investigation in the case was still progressing and there appeared to be no substantial change of circumstances (since the previous bail plea).

The court had also considered the prosecution argument that the actor was a highly influential person capable of tampering with evidence and influencing witnesses if he was granted bail.

It had dismissed Dileep's first bail petition on July 24 after finding that the probe into the case was progressing and the mobile phone, which the prosecution stated as a key evidence in the case, had not been recovered.

Opposing the bail plea, the prosecution had contended that the original memory card in which the video of the incident had allegedly been stored was yet to be recovered. It said the investigators were still attempting to unearth the material objects, including the phone and memory card.

Dileep, charged under various IPC sections including criminal conspiracy, has been lodged in a jail in his home town of Aluva since his arrest.

The police have claimed that the conspiracy to abduct and assault the actress in a moving car on February 17 as well as film the act was hatched by Dileep.