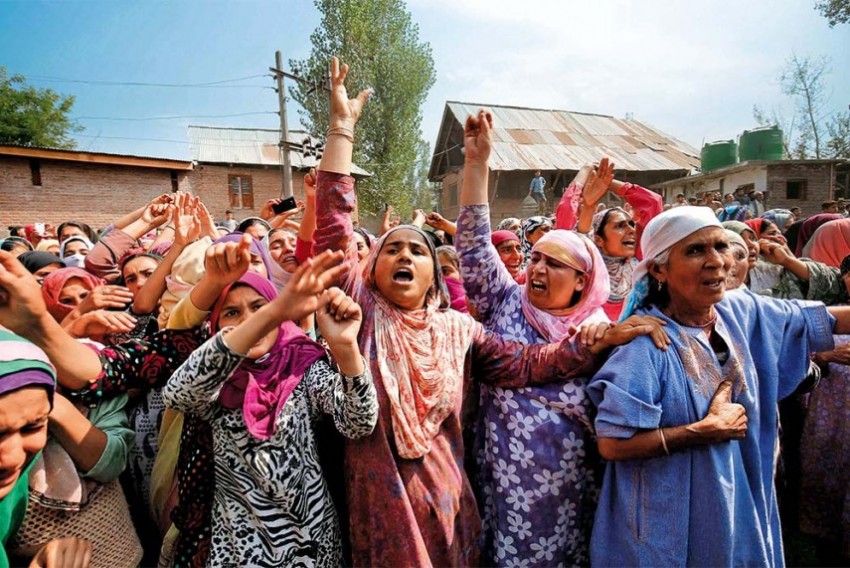 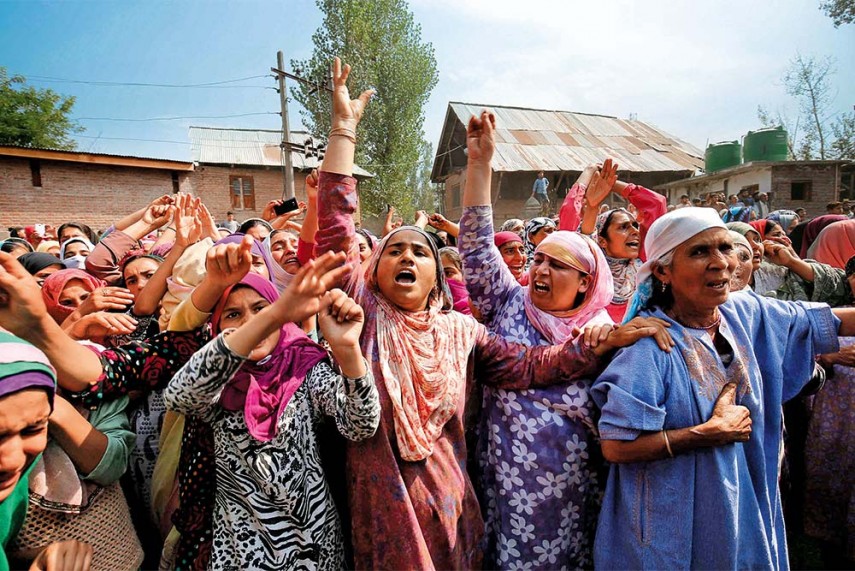 What can one make of the intense sloganeering that has become an inseparable part of our daily dissent? How can those overwhelming chants be explained? How can you describe those cries laden with the sweet saliva of freedom and justice? How do you relate to those voices that have entered your mind for the first time in the womb of your mother? How do you present those emotions to an audience?

Our slogans, songs and our anthems are our lives. Our lives are our slogans. Both imitate, condition each other. Our politics both defines, and resides in, the tones of our anthems. There are little instances that pave way for newer desires. There are minute yet influential incidents that drive our words. They don't exist in a vacuum. They are interwoven with the socio-political realities of our time.

They are our ruminations, an ensemble of our collective aspirations. Call and response, the mark of collective speech. These are words uttered in our subconscious, in our dreams. They are our aahs and ouches. Slogans that bear anecdotal evidence of happenings that create and nurture them. So let the chorus begin: 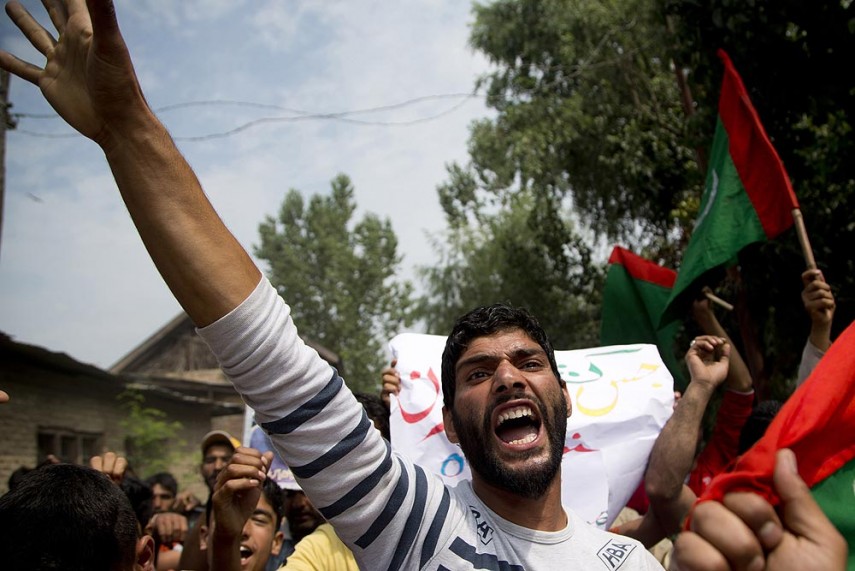 Hum Kya Chaahte: Azadi (What do we want: freedom)

The basic breath. The presumptuous demand. The underlying cause. The beginning. The sigh that instantly relieves us of all the misery and pain. The first sound, which gets our vocal chords going. After which there is no fullstop. The aspiration generations of Kashmiris have been holding on to. From the times of the Mughals, Afghans, Sikhs and Dogras. Through the invasions of Zulju. Right to the day Indian jackboots landed on our land. On the airbase at Srinagar. In the name of "security". Now we need and demand security from them. Those who secured us by eliminating us.

With every round of dissent, Hum Kya Chaahte begins the show. Much time has passed since the first time we stood up against a tyrant. Are centuries of occupation—and resistance to that—not enough to tell the world, and our occupiers, what we want? Does our blood not manifest what we want? Do the slurs of our half-widows not tell the truth? Do our mass graves not speak? What do the engravings of our prisoners on prison walls denote?

The scene is set in a village comprising not more than 500 households. In a tiny lane, a small kid is fighting her mother, trying to wrest control of the latter's tight fists around her arm. They are engaged in a serious battle. The daughter pleads with her mother to let her go, but she is adamant in her refusal. One by one, people assemble to watch the duel.

An elderly figure joggles ahead to intervene. On enquiring, it appears the little kid wants to join a juloos (march) that’s about to gather and march through the neighborhood. The kid has memorised numerous slogans by heart and wants to put them to use. But the mother, caught in her maternal fear, traps her at home. The scene ends as the kid is disallowed, and people disperse. 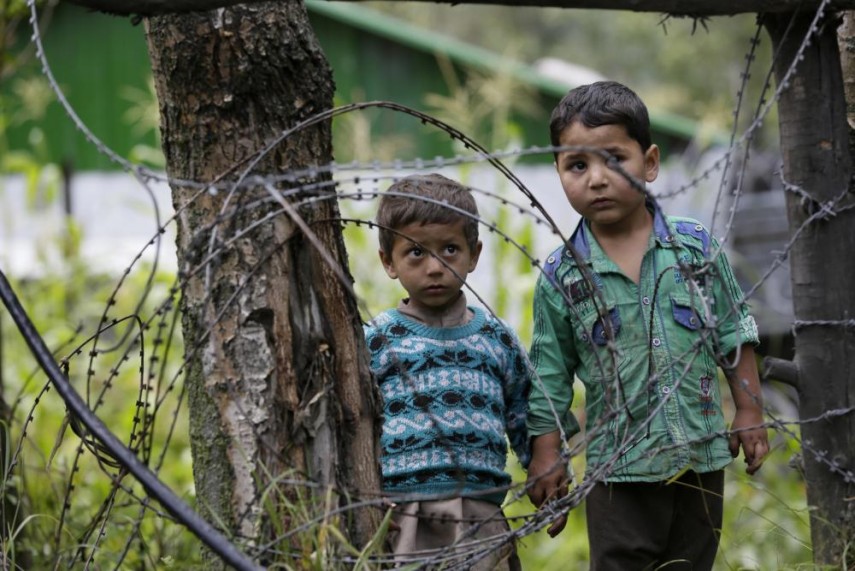 On one of the days of clashes, the number of injured swelled up in the district hospital at Kulgam. A boy who had been hit by pellets in his eyes was being brought out of the ambulance. As he got down with the help of many people, he stood up, separating himself from those who lent him a helping hand. With layers of white bandage woven around his eyes, he shouted “Hum kya chaahte?” The emotional crowd responded “Azadi”.

Yawar, just 18, had been shot by a pellet-gun from very close range at Batengoo when no protests had been reported in the area. On his deathbed, a state of mourning descended. Wails and tears were not in a quantifiable amount. Shrieks and cries could be heard from a distance. His mother cried aloud, "O son, come home, your mother is waiting for you".

In SMHS, the premier hospital that serves as the last resort in the Valley, constant batches of injured are supplied each day. Continuous shutdowns mean all caretakers cannot be there to cater to the needs of patients. Enter the locals, people of the surrounding areas. Injured children and youth find new mothers and caretakers who feed them—every meal, every dose of medicine. 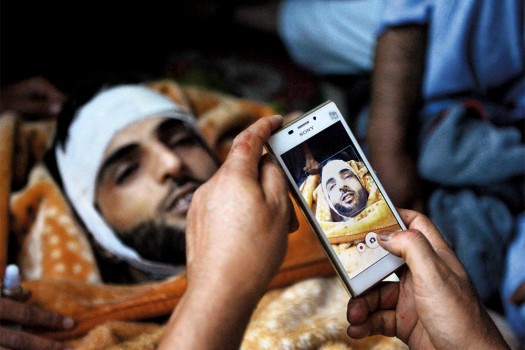 Before the uprising of 2016, the father of a slain militant was asked how he felt (an India media type question). With a smile on his face, he replied, "graciousness to Allah, thanks for accepting my son as a martyr". On being asked about a message for Kashmiris, he said he had nothing to say. Except that every Kashmiri should fight India—and if someone cannot actually fight, hatred for India is the minimum he or she could harbour.

Burhan Wani's father, Muzaffar Wani, always expected his son to return as a mere body, sooner or later—he knew the average expectancy of a militant was 6-7 years. After Burhan was buried amidst an ocean of people, Muzaffar Wani said he was happy for his son had heralded a new wave of resistance. He confessed to being sad, but in a transient way, for he was hopeful the sacrifice would bring a revolution. Prophecies from the father turned out true.

Sooli Bhi Chadoge (You will be hanged)

February 11, 1984. Tihar Jail. Maqbool Bhat, the man Kashmir lovingly calls ‘Father of the Nation’, sent to the gallows for conspiring against the Indian state. The torchbearer of modern resistance. His letters and messages never signified the sentiment of a loser. He remains a revolution even in his death.

February 9, 2013. Tihar Jail. Afzal Guru, the man now known as ‘Shaheed-e-Azam’. Again hanged to death. And again, like with his predecessor, with no prior information to his family and relatives. Two dates of remembrance and resistance. Two empty graves in Srinagar wait for their sacred remains. And what does their longing say? Azadi. 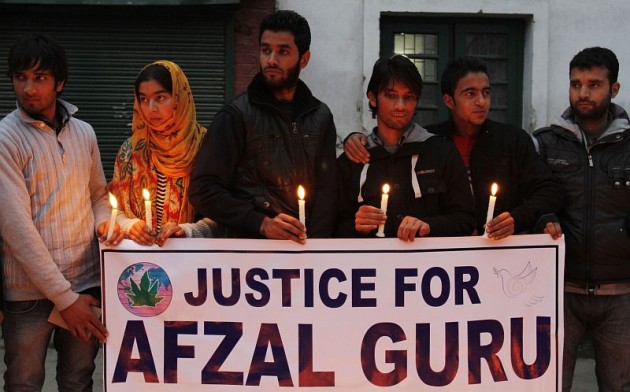 Goli Bhi Chalegi (You will be shot)

A large gathering in southern Kashmir, where hundreds have been organised. Some youth battle the forces at some distance. The forces had tried to disrupt the proceedings and the youth responded courageously, blocking them. The number of the last volunteer read: Razaakaar no. 11001.

The injured were being ferried across constantly, people were glued to the road. A motorcycle stopped by and dropped a patient there; he had been hit by a bullet in his arm. He cannot bend it. Helped by others, he made it to the stage, got hold of the microphone and started chanting slogans as his arm hung at an unearthly right angle. The crowd stood still. India stood still.

A popular cleric is addressing the crowd. As he concludes, he unleashes a power-packed volley of slogans. Some old, some that have become a cliche in Kashmir and others that he, maybe subconsciously, invented at that moment. He shouts "Hindustaanas kus kari phaan?" (Who will destroy Hindustan?). The crowd responds: "Pakistan Pakistan". He slaps his forehead and teaches them a new answer—“Kasheeri hund nawjawaan" (the youth of Kashmir). 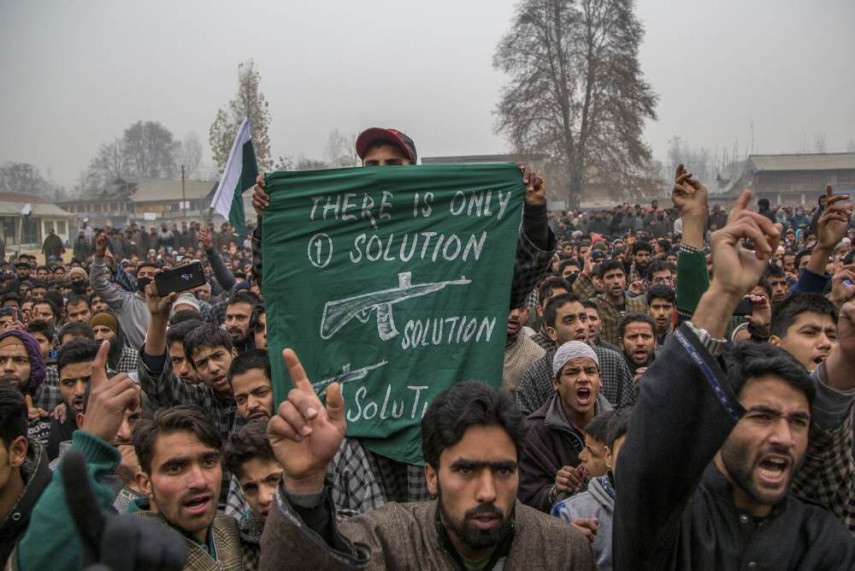 About a lakh are already dead. Their blood poured in the vessels of a mighty post-colonial empire. Their bodies frozen under the ground. Their epitaphs reminding us of the cause they gave their blood for. Some of them in collective pits. Nameless and unidentified mass graves. Some killed in fake encounters. Picked up and shot dead. And passed off as militants. Some during counter-insurgency operations. And called collateral damage. A genocide, on the side.

In one of the hospital wards this year, a boy lies on the bed, hit by pellets in his eyes and blinded. Maybe for life, that is what appears to be his reality. In a soft voice, he murmurs, "Mea tchi ze tamah—muojje te azadi wutchin" (I have two wishes, to see my mother…and freedom). His mother hugs him tight with tears in her eyes.

We challenge the major powers of the world over their criminal silence while people are occupied, suppressed, murdered. We register our protest. It forces them to remember what freedom means to us. And the promise of plebiscite. We also sense a solidarity, across the globe. From the diaspora, Kashmiris living or studying abroad. Even Delhi, significantly, witnesses solidarity protests, particularly in its educational institutions. In the heart of the Indian state, slogans in favour of azadi are heard. People are booked for sedition. For us, sedition is a habit. An everyday routine. A daily meal. 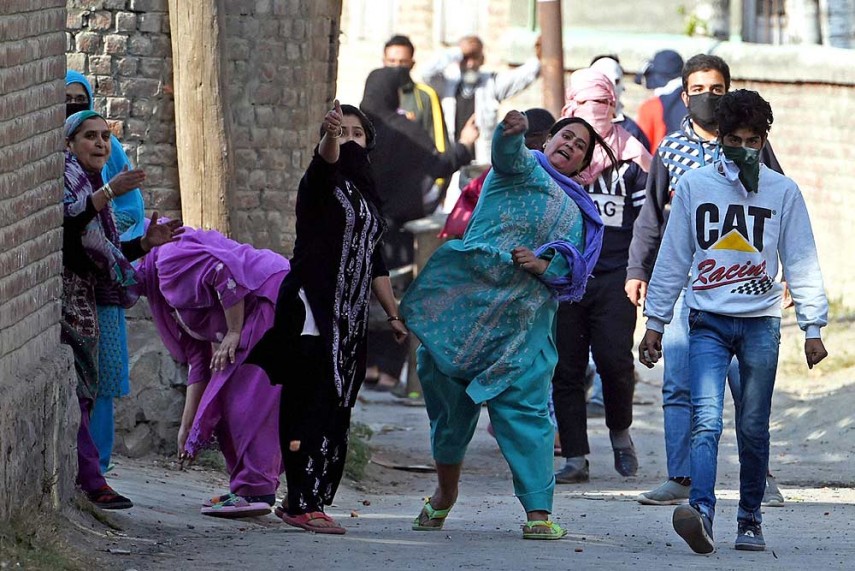 Main Mar Bhi Gaya Toh, Meri Qabr Pe Likhna (Even if I die, write this on my epitaph)

The profound emotional connect of this slogan is beyond any percentage. A boy was just martyred. He was put in a coffin which people wanted to touch desperately. Like a Midas touch, upon which people's lives will turn golden. When someone dies, the body is to be washed and shrouded. But martyrs aren't washed and shrouded—they are buried in the same attire they were wearing. No shroud is purer than the clothes of a martyr.

A tribute to all those who fought. The necks that broke with the ropes of the state. In the dungeons of Tihar. To the institution Burhan represented. The armed warriors. Those who deserted an abnormal life in an abnormal state to normalise life, for themselves and their fellows.

To the sangbaaz, those who face bullets and pellets with stones. The moment a Kashmiri pelts a stone in the air, it's no longer a stone. It becomes a political statement. A retaliation. An answer. Azadi.

And when we have no arms, no stones, no weapons to fight, our words are ammunition. Our voice unlocks the shackles, relieves us of the internalised occupation. It bring us close to what we long for. Azadi.

( The authors are political science students at Kashmir University)

This Dalit BJP Candidate From UP Brings His Own Glass, Sits On The Floor At Upper-Caste Voters' Homes