A Triumph Of Public Opinion

Without sounding like Rahul's PR man, I ask those pounding him, what is the end result of his admittedly clumsy intervention? 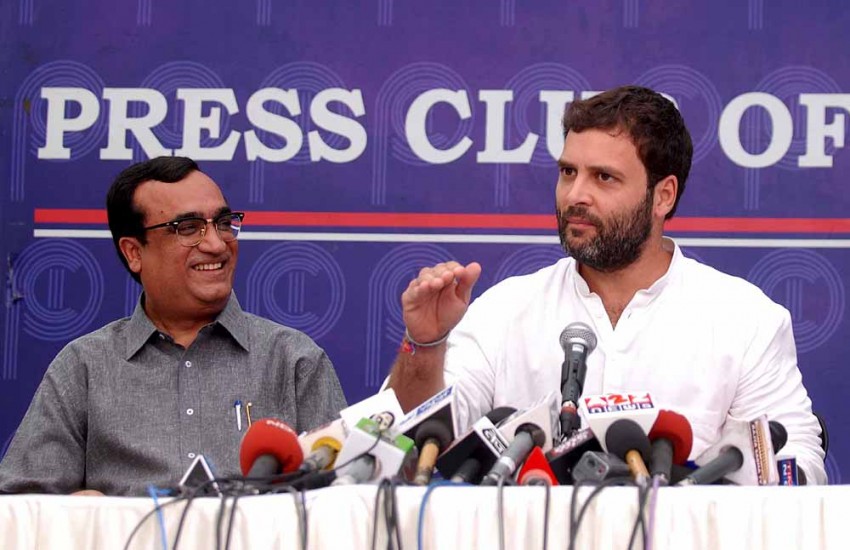 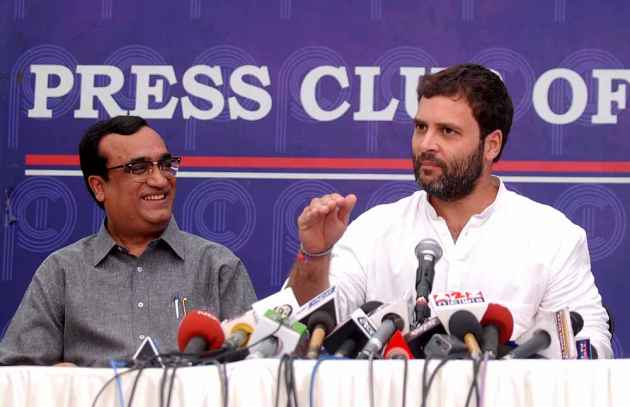 Nonsense is an eight-letter word. However from the ferocious fury generated by Rahul Gandhi's 'bombshell', 'explosion', 'stunning back track' you would imagine it was a four-letter word. Reading the papers on Saturday and contemplating the combustible TV debates the night before, I thought that's it, this is the end of our Republic, the pretender to the throne has gone too far this time. As the screaming headlines informed us of the professed snub delivered to the Prime Minister, and as Arun Jaitley demanded the PM's head, not to mention Sanjay Baru advising his former boss to catch the first available flight to Delhi, rush to 10, Janpath and fling down his resignation, I wondered if those speaking for the PM are living in the real world.

More delicious questions. Has Rahul Gandhi sent Manmohan naked into the United States? Visions of the PM clad only in his birthday suit crouching behind White House pillars, reduced his admirers to copious tears. Along with the tears, they were horrified by the prospect of President Obama abandoning the bilateral agenda and instead commiserating with his buddy: "What is this I hear about Rahul? What is this snub and what is this ordinance?" I have it on good authority Obama offered our PM Air Force One in case all the flights out of Washington were booked! Seriously, does any sane citizen believe Obama has the slightest knowledge of what happened at the Delhi Press Club?

Of course, Friday's events were atrociously handled. Of course, another more dignified way should have been found to withdraw an ordinance which gave the impression that the Congress party was in favour of criminals in our legislatures. If you are looking for inconsistencies in Rahul's past and present behaviour, get hold of a fat notebook.

Frivolity duly gave way to some pertinent questions. Wasn't the crown prince aware of the dirty business, wasn't he aware the ordinance had been passed in the cabinet? Why did he not register his opposition earlier? Is this a case of wisdom of hindsight? I don't know the answers to any of these doubts. The one who knows is Rahul Gandhi.

All I can tell you is that last Tuesday Ajay Maken came to see me. He was trying to fix meetings between his chief and a few editors. I gave him coffee and biscuits and we talked of cabbages and Narendra Modi. Just before he left, he requested me to tell Rahul Gandhi what a terrible idea the ordinance was and how 'younger elements' in the party were upset at its extra-constitutional passage. I promised nothing. Four decades of editorship have taught me never to advise politicians. They don't like it. Ask them questions. They like it.

Without sounding like Rahul's PR man, I ask those pounding him, what is the end result of his admittedly clumsy intervention? Despite its last minute, stagey rendition, did he do the right thing? Notwithstanding his naivety, I refuse to believe he was blissfully unaware of the consequences of his actions.

Now, to the matter of undermining the Prime Minister's authority. Why would Sonia and Rahul wish to embarrass him? He is after all their creation, he is no threat to them. In fact, a couple of weeks ago, Manmohan Singh expressed a desire to work under Rahul. You clip someone's wings if that person is trying to spread them.

So, why did he do it? In politics if you look for complicated explanations, you will tie yourself up in knots. The query I posed has a straight-forward answer, for which reason it will probably be rejected.

People in the Congress (which includes Sonia and Rahul), especially the 'old guard', are desperately anxious about their future, fearful of the Rahul dispensation when it fully takes over. They worry about their dal-roti. By some mysterious alchemy, these worthies managed to convince the high command to take the ordinance route for the preservation of the present and future UPA governments. Actually, they were motivated by self-preservation.

Enter public opinion. As each day passed and the Supreme Court judgement seemed to be heading for the dustbin, public opinion against the ordinance grew and grew until it became a tsunami. The Times of India's campaign against the ordinance via a phone line, registered over 2 lakh supporters in 36 hours. The Congress which thought it could get away with the dreadful duplicity must have seen the light, or at least Rahul saw the light. Why he didn't see it earlier, I am not qualified to answer.

This sordid chapter in the history of our nation has only losers, no winners. Correction: There is one winner and that is people's power. Rahul's bomb is a triumph of public opinion.

This article was written for, and first appeared in, the Times of India