Today’s order is consistent with the way the sovereign State of India was treated when, in an unprecedented manner, it appeared before a District Court of US to obtain a determination of the liability of Union Carbide Corporation, USA 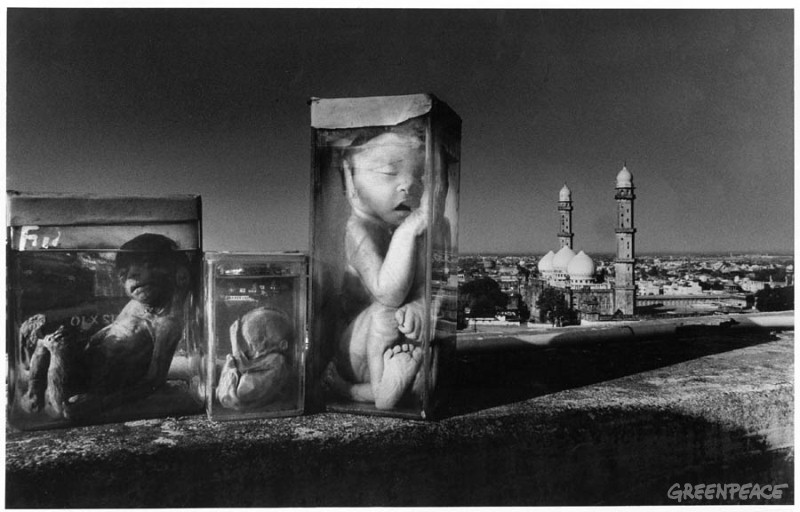 The verdict of June 7 by the Bhopal court convicting seven people of the Indian subsidiary of a US Corporation will have the world believe that the worst of corporate crimes, such as industrial genocide, is the same as street crimes. This sets a precedent for nuclear disasters too to be treated like traffic accidents. This order will have ramifications for the proposed Liability for Nuclear Damage Bill that is pending in the parliament. The lesson is that the Bill must make a provision for criminal liability of corporations inclusive of the parent company and its subsidiary. The verdict will surely be appealed against before the High Court. There are at least two cases pending in the Supreme Court as well.

All the seven convicts in the Bhopal gas tragedy have been sentenced to two years in jail and a fine of Rs 1 lakh each and got bail for a surety of Rs 25000 each. The Union Carbide's subsidiary in India has been found guilty and is fined Rs 5 lakh for the industrial disaster. All the officials who were accused in the Bhopal catastrophe including Keshub Mahindra, the former chairman of the Union Carbide India Ltd, a unit of US based Union Carbide Corporation and current chairman of Mahindra & Mahindra Company, too have been let off lightly for the industrial disaster during their tenure. The convicts have been held guilty under Sections 304-A (causing death by negligence) instead of 304-II (culpable homicide not amounting to murder) besides 336, 337 and 338 (gross negligence) of the Indian Penal Code.

What is quite clear from the verdict is that generations to come will view Supreme Court’s act of reducing the charge against Union Carbide Corporation officials in 1996 from manslaughter (which is punishable with imprisonment up to 10 years) to death caused by a rash or negligent act (carrying a maximum penalty of two years) with deep suspicion that belittles its moral stature.

It appears to be a case of turning governmental institutions into instruments of market tyranny that can destroy life and life support system for profit and get away with mild rebuke. The industrial disaster at Bhopal has been exacerbated by failures of judicial and administrative system. The litigation disaster which emerged from today’s order is consistent with the way the sovereign State of India was treated when, in an unprecedented manner, it appeared before a District Court of US to obtain a determination of the liability of a US multinational corporation wherein the US District Judge found that US interest in it to be “very slight”. In an affidavit filed in the Southern District Court of New York dated December 18, 1985, Nani Ardeshir Palkhivala in support of defendant US- based Union Carbide Corporation’s motion for dismissal on Forum Non Conveniens Grounds had asserted before Judge John F Keenan: “There is no doubt that the Indian judicial system can fairly and satisfactorily handle the Bhopal litigation”. Today’s verdict exposes the untruthfulness of such claims.

It may be remembered that the Government of India had produced a US law scholar on the Indian legal system, Marc Galanter, who said that the interests of the victims would suffer if the American court declined to deal with the case. The US Corporation hired Nani Palkhivala, who contended that "while delays in the Indian legal system are a fact of judicial life, there is no reason to assume that the Bhopal litigation will be treated in ordinary fashion". The US District Court of Judge John F Keenen found Palkhivala's opinion more convincing and dismissed the Indian government's cases, under the condition that UCC would submit to the Indian jurisdiction. Today’s order reveals that Galanter was right and Palkhivala was wrong and is guilty of misleading the US District court.

Today’s verdict shows how investigating agencies and the prosecutors have disgraced themselves and how judges suffer from the poverty of legal imagination which has led to this explicit case of cover-up. There was no word on Warren Anderson, the then Chairman of Union Carbide Corporation of the U.S because his case is being dealt with separately. As early as in 1973, Warren Anderson was aware of untested technology, faulty design and its unsafe location besides its unsafe operation. In December 1987 Central Bureau of Investigation filed criminal charges of culpable homicide against 10 officials including Union Carbide Company’s President Warren Anderson. Why was this charge diluted? After all, Warren Anderson was the Chairman and CEO of Union Carbide Company when the lethal methyl isocynate (MIC) leaked from the pesticide plant of the company's Indian subsidiary on the night of December 2-3, 1984. Anderson was arrested and then released on bail by the Madhya Pradesh Police on December 7, 1984 and left for US even as victims continued to suffer because of the industrial disaster. Anderson who lives in New York served as Union Carbide CEO till 1986 till his retirement.

In 1992, Anderson was declared a fugitive by the Bhopal court for failing to appear for hearings in a case of culpable homicide after that his case was separated from the case in which eight people employed by Union Carbide were convicted today. In July 2009, an arrest warrant was issued for him. Government of India took some 19 years to move a formal request for his extradition in May 2003 but the US rejected India's request for the extradition of Anderson in June 2004 saying the request did not "meet requirements of certain provisions" of the bilateral extradition treaty.

Feigning forgetfulness about the industrial disaster caused by a US Corporation in India, and referring to the worst environmental disaster in US caused by British Petroleum, a British global energy company which is the third largest energy company and the fourth largest company in the world, on May 27, 2010 the US President Barack Obama said, “As far as I’m concerned, BP (British Petroleum) is responsible for this horrific disaster, and we will hold them fully accountable on behalf of the United States as well as the people and communities victimized by this tragedy. We will demand that they pay every dime they owe for the damage they’ve done and the painful losses that they’ve caused.” He has accused the British company of 'nickel and diming' -- using an American phrase to describe someone who pays the minimum to someone having a hard time. Compare an Indian Prime Minister or the judiciary saying it.

The question is: Isn’t US corporation, Dow Chemicals 'nickel and diming' Indian citizens in Bhopal? Why is Obama hypocritically silent about the extradition of Warren Anderson, former chairman of Union Carbide Company and the liability of Dow Chemicals? The Congress-led United Progressive Alliance government is doing just the opposite of what US government does for its citizens by underlining the moral and legal obligations of corporations like British Petroleum. The question still hanging in the air is whether the Sonia Gandhi led UPA would learn lessons from the disasters by the British and US companies like Dow Chemicals and engineer environmental regulations accordingly.

The worst environmental disaster in US caused by British Petroleum oil spill on April 20, 2010, the bombing of World Trade Centre and Love Canal contamination, New York or several such cases of man-made disasters look like petty offences in comparison to the enormity of Bhopal’s industrial disaster. This clearly shows that corporations have become bigger than democratically elected governments especially in India. When culprits are corporations they play hide and seek by taking recourse to corporate veil in the absence of the political and judicial will to pierce through the veil.

Industrial disasters create a compelling rationale for banning them as legal entities or at least making them subservient to legislative will as was done by the British Parliament in 1720 through Bubble Act but this Act was repealed in 1825. It is high time Indian parliament learnt its lessons from its mother British Parliament. But when political parties are funded by corporations, it is to much to ask for. If the political class is still potent, to begin with, it should seek Anderson’s extradition and demonstrate that Indian parliament is still alive and corporate criminals cannot get away with industrial genocide.