A Life In The Day

Every morning, sharp at six, Siddharth wakes up and plays Kishori Amonkar on his computer. Usually Raga Basant Bahar. She is more effective than Bloody Mary, he feels. At 6.30 he is ready for the day... 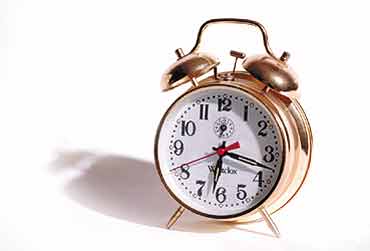 Siddarth Chodhury is 31 years old and has just published a novel that no one has actually read. He is bearded and bald and built like an over-the-hill middleweight. Even though he lives somewhere in South Delhi, his friends do not yet call him ‘Sid’.

Every morning, sharp at six, Siddharth wakes up and plays Kishori Amonkar on his computer. Usually Raga Basant Bahar. She is more effective than Bloody Mary, he feels. At 6.30 he is ready for the day. He usually wears a battered old Herringbone jacket that will soon need to be patched with leather, from his Zakir Hussain College days, over a bottle-green Nike sweatshirt and faded Wrangler jeans. His feet are shod in slightly scuffed brown Brogues. Chowdhury thinks of himself as a sharp dresser.

After tying on a tartan muffler, he sits at the dining table trying to work on a 10- line poem he has been writing for the past two weeks. Till now he has got two lines done. A line a week. He thinks it to be good progress. He writes with yellow Staedtler pencils (134 HB) on natural shade prescription pads. A month or two more and he will have the poem licked.

7.20, he puts the pencil in his jacket pocket and goes into the kitchen. At 7.30, he has a single hard-boiled egg with two slices of toasted white bread. He brews a small pot of very sweet, heavy on milk, tea to wash it down.

7.45, he walks briskly out of his housing colony. He finds the early morning chill and fog invigorating.

Two of his neighbours are up and doing their bit for the South Delhi parking wars. Sullen school children with sleepy-eyed mothers wait for their buses near the back gate. Siddharth takes a short-cut through the nearby Gurudwara to reach the Ring Road bus stop, from where he will catch the ‘Teevra’ Mudrika to Rajghat. He works in a publishing house. His office is on Ansari Road, where all the publishers are. From Rajghat it is a five-minute walk. His is the room at the top.

7.55, Chowdhury buys a pack of Gold Flake Kingsize cigarettes from Tripurari Pandey, who hands him a clutch of Hajmola candies in lieu of the change. Tripurari is from Sonepur, across the Ganges from Patna, Siddharth’s hometown, and plies his trade by the bus stop.

After waving off three partly filled-up Mudrikas, Siddharth gets on to one which is almost empty and has all its windows intact.

8.05, Sarai Kale Khan Bus Terminal. A beggar girl gets on the bus and starts crawling on all fours towards him. She has cataract in one of her out-of-focus pale green eyes. She is probably on smack. Before she can press his feet in a knowing way, Siddharth drops the Hajmola candies into her extended hand. Astonished, she catches all of them thinking it to be change. One of these days Siddharth will ask her her name. Chowdhury is a collector of names.

As the bus leaves Sarai Kale Khan, a spare man in a shiny wine-coloured three-piece suit, which he probably got stitched for his wedding, called Farid Khan, jumps onto it, and in a voice perfect for selling biscuits, says ‘Attention’ as if he were at a parade ground.

Farid Khan is not a vendor of biscuits. He is a vendor of books. Like Siddharth. They are from the same trade. Farid is from Agra. One of his ancestors had engraved a panel of aayat on the Taj Mahal. It took him three-and-a-half years. Siddharth thinks it to be good progress. Today Farid is selling Delhi Tourist Guide. For five rupees. After Siddharth buys one, four more get sold.

8.25, Rajghat. Gandhi Baba’s resting place. Chowdhury takes Delhi Times out of his green canvas bag and spreads it on his favourite iron bench to soak up the dew. If he can’t be on Page-3, at least he can sit on it. All around him joggers move about in quiet desperation. He admires a magnificent bull mastiff with an ungainly owner. He worries for a bit about the dog’s soul.

It always cheers Siddharth up immensely whenever he watches the human race battle against the ravages of time. He himself has lost the battle a long time back. The sun has come out. Siddharth lifts his face to the sunshine. For several seconds his eyes close. He rummages inside his magical bag for the book of the day. It is the Cyril Connolly classic Enemies of Promise. The 1979 Penguin Modern Classic edition with a detail of Eton College Chapel on the cover.

A good choice and Chowdhury would do well to read it carefully.