A Coalition Of Rivals?

With regional co-operation, ISIS could be surrounded on every side. Yet, unlike 1990 against Saddam, or 2001 against Afghanistan, such a coalition is unlikely to emerge. 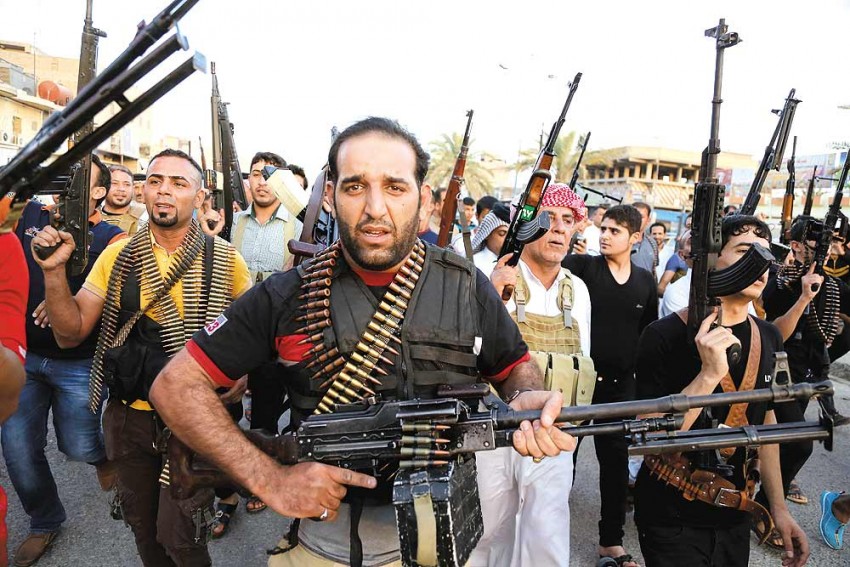 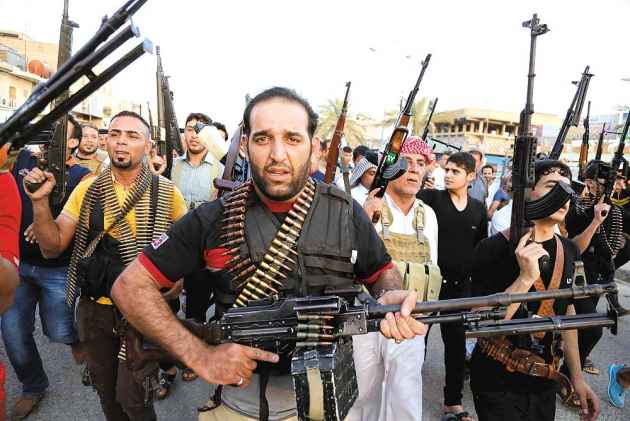 In the summer of 1990, when Saddam Hussain’s army marched into Kuwait, the US marshalled an international coalition consisting of nations as eclectic as Argentina, Syria, Senegal and South Korea. But as the Islamic State jihadist group, also known as IS or ISIS, with a self-styled caliphate overruns large tracts of northern Iraq and Syria and shocks the world with a brutal campaign, building a similar coalition is proving to be exceedingly difficult. A widening Shia-Sunni divide and deep historical animosity between Arab regimes and Iran as well as divided western alignment are major stumbling blocks in resisting ISIS.

The nations opposed to the terrorist group are strange bedfellows— the United States, its Arab allies, and NATO member Turkey as well as Iran and its ally Syria. Iran has been locked in a decade-old nuclear dispute with the West and an escalating proxy war, fought most bitterly in Syria, with the Arab states and Turkey. Those states have also lined up on opposing sides of the rebellion to overthrow the regime of President Bashar al-Assad, as well as numerous other theatres of conflict across the Middle East, such as Lebanon and Yemen.

Together, a coalition of these rivals would include almost all of the region’s combat power, both Sunni and Shia nations. ISIS would be surrounded on every side. Yet such a coalition is unlikely to emerge.

Consider, first, Iran. Until the US began airstrikes against ISIS in early August, Iran was undoubtedly the most deeply involved of all foreign powers in Iraq. It had sent elite military officers from its Quds Force, deployed drones and combat aircraft over the skies of Iraq, and was reportedly airlifting more than 100 tons of military aid to Baghdad every day. At the same time, hundreds of US military advisors and aircraft filtered into the same city. The US and Iran have also united in support for new Iraqi Prime Minister Haider al-Abadi.

All this would appear to pave the way for broader cooperation of the sort that British Prime Minister David Cameron mooted in mid-August. Indeed, there is a precedent. In 2001, when the United States invaded Afghanistan, after the September 11 attacks, Iranian officials shared intelligence on the Taliban and took the remarkable step of offering to work under US command in rebuilding Afghanistan’s army. This is unlikely to be repeated 12 years on.

Washington fears that involving Iran too deeply will further alienate those same Sunni constituencies whose support in defeating ISIS is crucial. After all, Iraqi Sunnis— who largely supported the Sunni-dominated Syrian opposition next door— view Iran as a sectarian actor, whose mode of intervention in Syria was to create and equip Shia-dominated militias. Since 2014, Iran has mobilized similar militias in Iraq, built up over decades, to take on ISIS. The most notorious of these is Asa'ib Ahl al-Haq, linked to thousands of attacks on western troops in Iraq after 2003. Another militia attacked a Sunni mosque in late August, killing 68 people.

One such militia even fought on the same battlefield as US troops on 30 and 31 August, to break a siege of Shia civilians in Amerli in northern Iraq. Yet the United States fears that overtly partnering with Iran would have a corrosive effect on sectarian relations and make it all the harder to persuade Iraqi Sunnis to turn on ISIS. By contrast, Iran’s involvement in Afghanistan in 2001 raised almost none of these sectarian concerns.

There is also the problem of ingrained mistrust. After the initial bout of US-Iran bonhomie in 2001 and 2002, Iran began to arm elements of the Afghan insurgency. In turn, Tehran felt betrayed by its inclusion on the infamous Axis of Evil and escalating US-led pressure on Iran’s nuclear program. Both sides came away wary of collaboration.

These constraints are greater yet when considering any possible Syrian role in an anti-ISIS coalition. Britain’s former foreign and defence minister Malcolm Rifkind is amongst the most prominent voices advocating cooperation with Assad to defeat ISIS. There are three serious problems.

First, Assad has spent much of the past three years allowing ISIS to grow unchecked. He benefited from the ensuing fratricide within the Syrian opposition, with ISIS consuming more moderate groups. Second, western nations would struggle to justify cooperation with a man whose chemical warfare and brutal tactics they have consistently denounced. Third, the sectarian dimension applies here as it does for Iran. If ISIS can only be defeated by the Sunni communities on whose support it thrives, then overt cooperation with Assad, the persecutor of Syrian Sunnis, undercuts this.

Finally, what of the Arab states? Between them, the six nations of the Gulf Co-operation Council possess more than 600 combat-capable aircraft. Add Jordan, Turkey and Egypt, and there are 1,000 more. Only last week, Egypt and the United Arab Emirates conducted airstrikes on Islamist militias in Libya. Three years ago, the UAE and Qatar flew warplanes above Libya. Saudi Arabia has conducted airstrikes in Yemen, and Turkey has done so routinely against Kurdish separatists.

These nations may have limited combat experience and politicized armed forces, but with enough assistance from the US and western allies they could play a serious role in any military coalition.  After all, they sit on the frontline, most deeply threatened by ISIS. Jordan, for instance, has contributed by far the most citizens to ISIS on a per capita basis, 300 per million in population.

Yet these countries have strong reasons for reticence.

First, they are concerned that weakening ISIS would merely strengthen a pro-Iranian government in Baghdad and boost a pro-Iranian regime in Damascus. If forced to choose between defeating ISIS and containing Iran, many Arab monarchies would prefer the latter. Second, these Islamic nations understand that a disturbing number of their own citizens sympathize with the ISIS ethos and its Sunni chauvinism. Third, Arab leaders worry about retaliation. Fourth, the council, notably Saudi Arabia, has treated Iraq like a pariah state for the past decade, on the basis of its alliance with Iran. Iraq, however desperate, may not accept Sunni Arab warplanes above its skies and risk incurring the wrath of its Iranian ally as a result.

These problems are not insurmountable, but severely complicate Arab involvement in any coalition.

On 28 August, President Barack Obama hinted at a broader campaign to attack ISIS— but insisted on the need for “regional strategy with an international coalition and partners.”

If such a grouping comes about, it is more likely to include Arab allies playing limited and indirect roles— hosting combat aircraft, working with Sunni tribal contacts and providing funding— rather than, for example, something as dramatic as the “air support” suggested by Obama.

If US-Iran cooperation grows, it will likely be mediated through their common ally in Baghdad and isolated to political rather than military activities. Cooperation between the United States and Assad is more improbable. After 13 years of unceasing war, the US electorate and elites are understandably eager to share the burden of leadership in defending the region— but a coalition of rivals, however, desirable in theory, would be riven with sectarian division, historic mistrust and competing interests.

Shashank Joshi is a senior research fellow of the Royal United Services Institute, where he focuses on international security in South Asia and the Middle East. He is a PhD Candidate at Harvard University, and holds degrees from Cambridge and Harvard universities. Rights:Copyright © 2014 The Whitney and Betty MacMillan Center for International and Area Studies at Yale. Courtesy: YaleGlobal Online